World Cup 2022 in Qatar: in search of beer, supporters end up in a surreal place

A getaway with an unexpected outcome. Just before the start of the World Cup in Qatar, spectators learned that the organizers had decided to ban beer around the stadiums. A terrible disappointment for many supporters, but it still took more to discourage some of them. This is for example the case of a group of English supporters who lived an incredible adventure. Going in search of the precious beverage, the fans ended the evening in a palace, the images of which were shared on Snapchat.

“We were on a beer mission and we end up in a palace. Apparently, he has Lamborghinis. Something crazy”, can we hear one of these supporters in a Story. According to him, it was the son of a sheikh who brought them to this place. On the images, we can then see the English supporters in one of the rooms of the house, in which there is a huge television. The room where they are installed is also gigantic, with dozens of sofas.

The two Everton fans who went looking for beers and ended up in a Sheikhs palace chilling with a lion. pic.twitter.com/IvIBDpCOLu

In another video, the group of fans can be seen outside the house, in front of a cage in which a lion cub is. Just after, next to a tennis court, one of the supporters is having fun with the animal, taken out of its cage, but held by a metal chain. “It’s completely crazy,” he says, still amazed by the situation.

The day after this incredible evening, two of the supporters returned to their adventures on the microphone of the British channel Talk Sport. “The sheikh showed us his lions, his monkeys, his birds. They really made us feel welcome,” reacted one of the fans, still on his little cloud.

“We met one of the Sheikh’s sons & he took us back to the palace!” “We were on the hunt for beers and we ended up at a big palace, we saw his monkeys & exotic birds!” These England fans are out in Qatar & you HAVE to listen to their story! #FIFAWorldCup #TSWorldCup pic.twitter.com/RlclrsnEsP 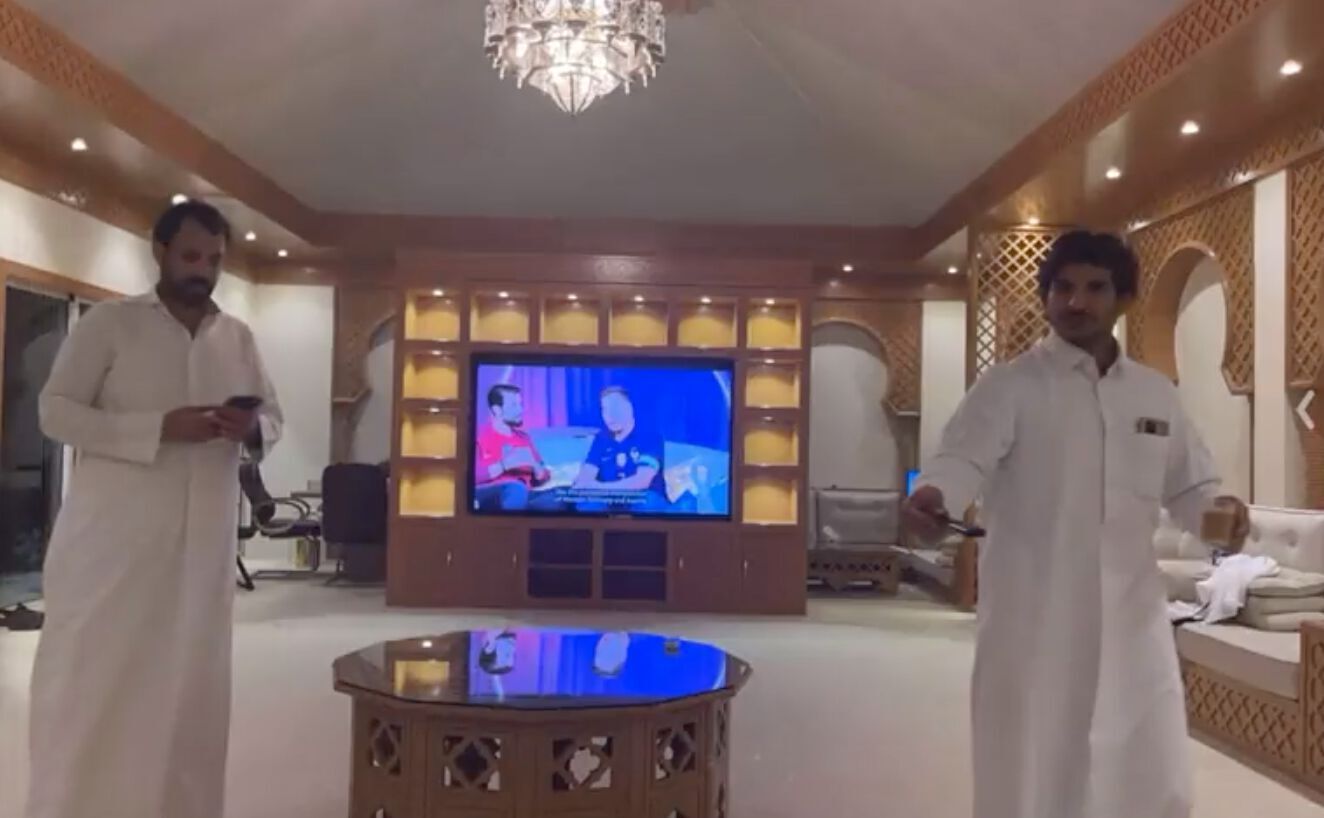