During the holiday season, all families have their own tradition. But that of Caroline Duddridge is truly unique. At 63, this mother of five and grandmother of six grandchildren has chosen to charge young and old for Christmas dinner.

Establishing a scale according to each person’s age and work, Caroline keeps a close eye on her bank account throughout November to find out who is playing the game and who is behind in her settlement!

In order to help organize the New Year’s Eve dinner, Caroline initially sets up a special pot, asking her two boys to put in around 2 euros a week and her daughters only half. But this technique is difficult, some pay, others forget, or run out of money. “In the end, there were always quarrels” she indicated. Hence the idea of ​​a fixed price so that it is fair. Dinner usually includes wine, soft drinks, pudding, Christmas crackers, nuts and cheese, and the traditional table decorations.

To each his own price

So at Caroline, adults are invited to pay up to 18 euros for the meal. His grandchildren, three aged 12 and three aged 9, are also involved, each paying 6 euros. His youngest 3-year-old grandchildren only have 3 euros to give. Finally, Caroline established a lower rate for adult women, who work part-time while taking care of their families.

Every year, her grown-up children, aged 37, 34, 32, 29 and 24, wait for a phone call from their mother. “I know some people will complain and I’ll have excuses like ‘My salary hasn’t been paid’ or ‘My bank account is frozen’ or ‘Can you leave me for another week? “but that I will end up receiving their share for the meal” she affirmed. It was in 2016 that Caroline began to charge for her dinner. “It’s an important life lesson,” she said. “The older grandchildren like to offer to help me get some of their money back. I admire that,” she continued.

“I log into my bank account and check who paid for Christmas dinner in November,” Caroline told the New York Post. “Once my ‘naughty and nice’ count is done, I take a quick tour to track down the ‘delinquents’ and remind them to respect the payment date of December 1st,” she added about her organization. Caroline makes sure everyone has a say in the meal, helps and doesn’t face money problems after Christmas. If diners don’t pay on time, they just aren’t invited.

Bear the cost of the holidays

Caroline then spends dozens of hours browsing grocery stores to find the best deals, especially with soaring prices this year. “I have to be tactical in buying ingredients to prepare a dinner for 12 guests,” she said. Each month, Caroline only receives her widow’s pension, her husband having died in 2015, a little less than 1200 euros. “Like many moms and grandparents, I couldn’t afford the cost of the meal plus buying all the gifts,” she lamented. “I was also thinking about the New Year fearing to pay everything again,” she added.

“To expect one person to pay for the whole meal, prepare it, clean it, use their heating and electricity, is too much,” she confided. “The amount I bill also includes electricity. It’s obvious to me… it’s the only way to do it, ”she revealed. Caroline understands that this method can be criticized, but she sees it as a way to fairly distribute the costs, without one person ending up burdened with debt. “I love the joy of Christmas and the family all together, but it has become so commercial. People are overwhelmed and it’s too much,” she said. “A good family meal and a gift made with love, that’s all I need,” she concluded. 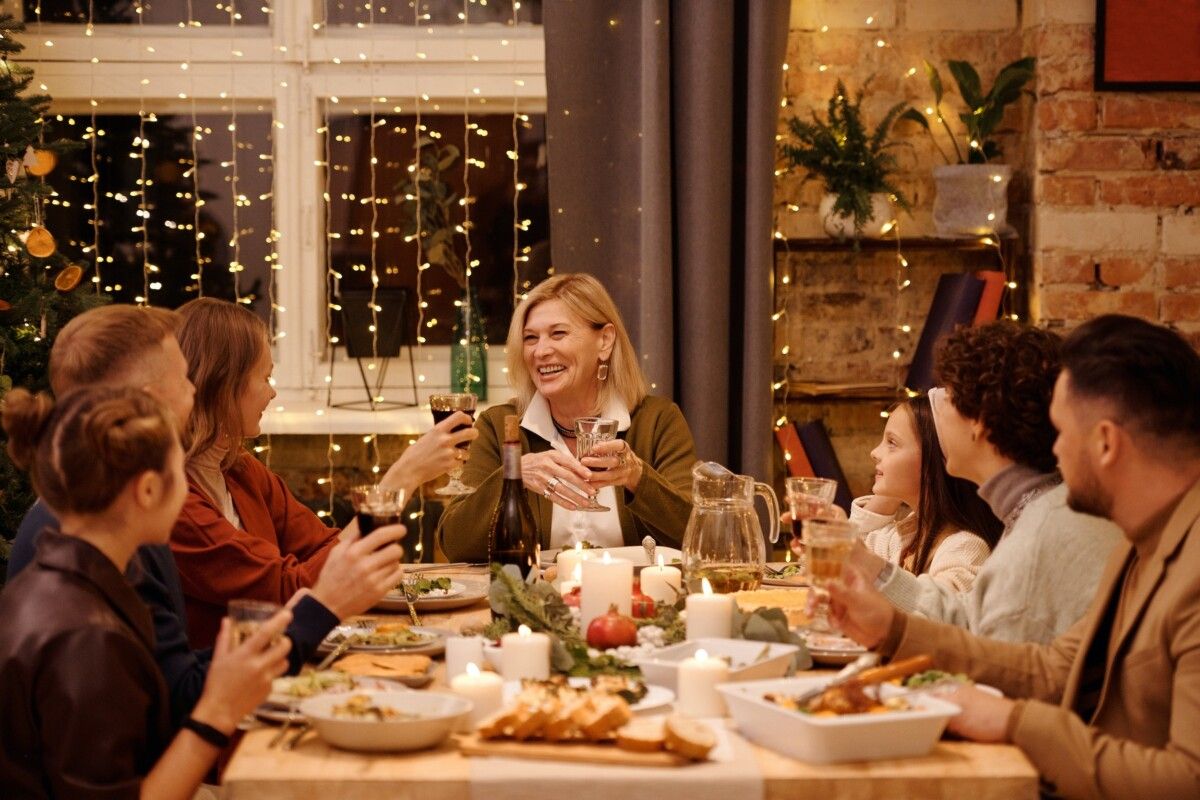