“You can kiss the bride”, a classic uttered at a wedding, turned out to be particularly suitable for the union of Rhalyn Murphy and Micah. Indeed, until D-Day, the duo had never yet exchanged a kiss.

Since their meeting in April 2021, the couple had chosen to wait to get married before taking this important step. An astonishing decision on which the duo returned to the New York Post.

Requested during a prayer

“I was 17 and in a religious school in Alabama,” Rhalyn explained. Originally from Virginia, in the United States, the young woman quickly felt that her mission in life was to help others. “It was part of what I’m supposed to do,” she commented. Very religious, the young woman one day receives a divine message. “I was praying one day and I felt that the Lord had just asked me if I was ready to pledge my first kiss for my wedding day,” she revealed.

find the right one

“Even if it’s just to see if it’s possible, that it can happen, you don’t have to date 500 guys before you know you’ve found the right one,” Rhalyn said. “I didn’t have to kiss all these people. I felt like that was what I had to do so I said ‘Yes’ to the Lord,” she noted. “It was three years before I met Micah,” she said. Her future husband, Rhalyn meets him via social networks even though their parents have known each other for almost 15 years. At this time, Micah and his family are living in Florida.

An evidence of love

When things start to get more serious, the young man plans a trip to Virginia. “He was my first boyfriend but I had spoken to other guys before and never thought it would go any further,” Rhalyn said. “When I met him it was obviously something I always wanted to do and it came naturally in a conversation early in our relationship,” she recalled. Micah immediately approves of Rhalyn’s decision. “When Rhay and I first discussed our expectation for our first kiss, I didn’t really think about it,” the young man said. “Actually never the idea but it was really hard not to kiss her when we had to leave at the airport” he continued.

A pure and precious act

“When we kissed for the first time, this moment was extremely precious and sentimental because of the purity behind the act of saving it for the day when we became one” added the husband, delighted. Although the couple only dated for a short time, Rhalyn knew that Micah was “the only one”. “When our relationship got serious, it was like, ‘Okay, we’re going to be with each other,’ and he was totally okay,” she recalled. “He just said ‘You’re worth the wait’ and ‘Let’s go'” she insisted. In December 2021, Micah asks Rhalyn to marry him.

Worthy of a fairy tale

In June 2022, the lovebirds, married, finally exchanged their first kiss, so desired. “It was almost like a Disney fairy tale. That’s how I knew he was different,” Rhalyn said. On a video unveiled by the couple, the officiant declares “Micah, this is the moment you have been waiting for, you can kiss your wife”. The young man, fist raised, then kisses his wife, radiant. “The first kiss was amazing. It was perfect, I couldn’t have imagined better,” he recalled. “It wasn’t weird, it was amazing because I had never kissed anyone before. So it was so new to me that I was having fun. It was everything I had always dreamed of” concluded the bride. 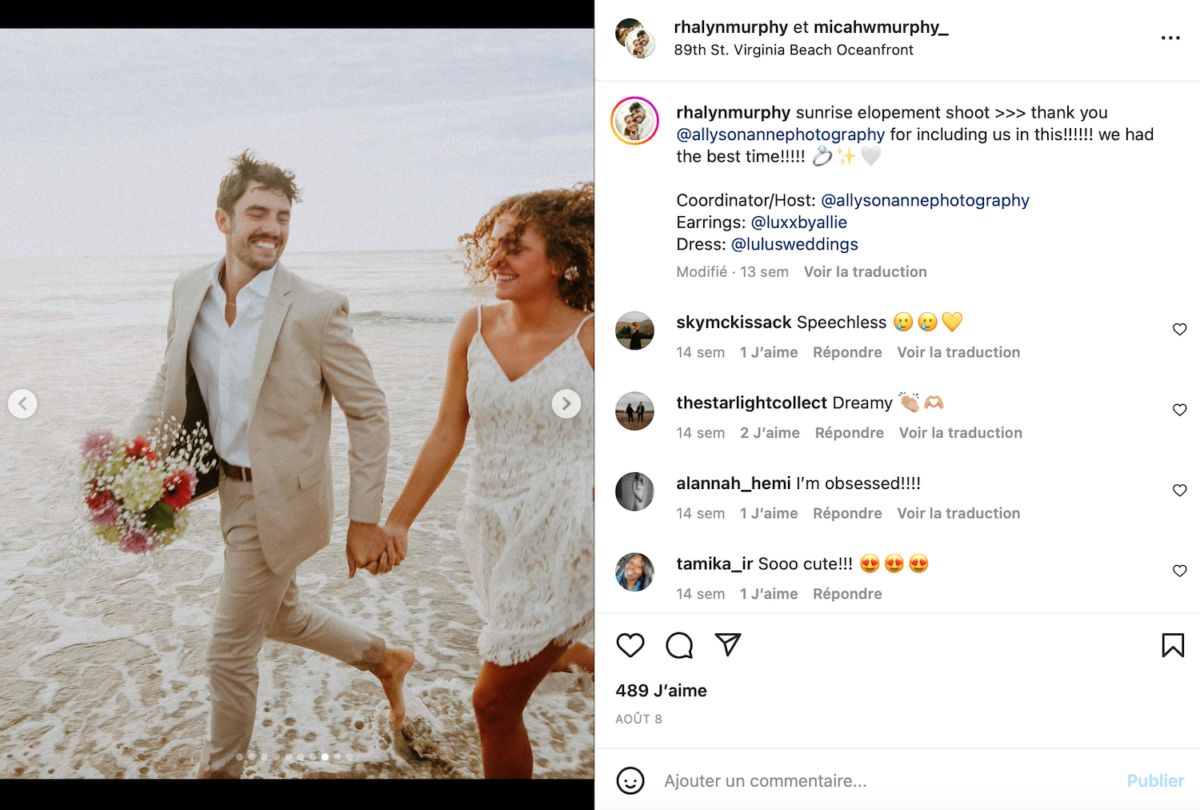