Trends come and go. It seems, however, that the thick bushy eyebrow one is back once again. Kenah Jonel is among those wearing theirs with pride and showing off her looks in videos on TikTok.

However, the young model recently explained that she was frequently the target of malicious comments from “trolls” who did not hesitate to nickname her “caveman” because of her single eyebrow.

Proud of her monobrow

A 21-year-old American, Kenah Jonel refuses to bow to popular diktats ordering her to pluck her eyebrows. A model, Kenah prides herself on her unique look and style. However, the young woman is frequently the target of ill-intentioned people criticizing her on her physique and in particular her single eyebrow. Embracing her look, Kenah claims she hasn’t plucked her eyebrows since she was 16. Through this gesture of resistance, the young woman hopes to inspire others to follow her example and to love each other.

On TikTok, many of her fans congratulate her on her choice and her “perfect” and “incredible” eyebrows. Others, on the other hand, are much less tender with her. “A lot of people have said really awful things to the point that I sometimes wondered how deep-rooted that hatred was in terms of projection and correlation to my single eyebrow,” she told the Mirror newspaper. “People often call him ‘caterpillar’ on the internet,” she continued, referring to her eyebrows.

These remarks do not stop there and some men do not hesitate to harass her. “I had private messages that were basically like, ‘You’re an ape’, ‘You should kill yourself’, ‘You look like a Neolithic caveman’,” Kenah explained. “There are comments that just make me sad and not because of my eyebrows. It is clearly a reflection of misogyny and it upsets me, ”she continued. If men are the majority in this type of remarks, women, too, are not stingy with unpleasant reflections.

Not conforming to beauty standards

Although touched, Kenah, who lives in Austin, Texas, hopes that by not giving in to the pressure, she will inspire others not to subscribe to certain “beauty standards”. She said “Be someone you are proud of, happy and find beautiful”. “I feel absolutely comfortable with my monobrow and I think I wouldn’t feel as good with my face if I plucked it,” she continued. “I think giving people the power to decide how I want to be, dress and present myself in everyday life is not going to give me a happy outcome,” she explained. “And even if people take the time to be mean to me, I don’t care what their opinion is. Why would I change my life to make them happy? she pointed out.

Do good to others

Returning to his past, Kenah confided to having always had bushy eyebrows. It was while growing up that the latter joined in offering him his monobrow. “My mother always waxed them. But as I grew up, I realized that she didn’t need to do that anymore, that I loved them and that I didn’t feel like it was necessary to do that because everyone else was doing it. -she. Her recent videos on TikTok have drawn thousands of views and comments, with some followers saying Kenah’s confidence helps them be more confident themselves. “It’s about encouraging others not to feel like they have to adapt to the status quo, whether or not it’s their eyebrows. Comments where people tell me it’s encouraging for them are special to me. They make me feel like I’m doing something right and I think that’s all that matters.” 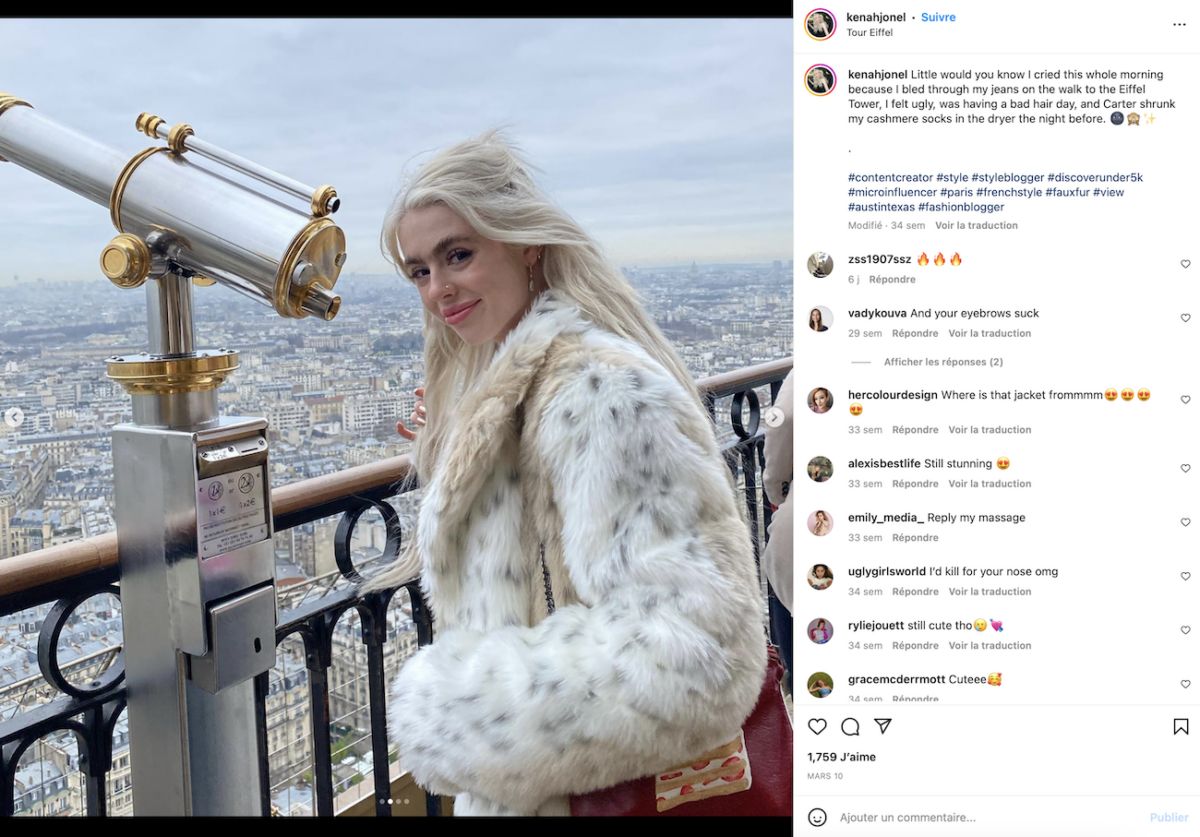