TESTIMONY. “My husband left me for the refugee I took home”

April 2022. As the conflict in Ukraine has just broken out, Tony and Lorna Garnett volunteer to welcome refugees from this country, by joining the British government reception programme. At the same time, Tony, a 29-year-old security guard, turns to social networks and directly posts an accommodation offer. The first response he receives comes from Sofia K., a computer scientist from Lviv in western Ukraine. His profile and their exchanges suit the spouses, who offer him to join them.

The pretty 22-year-old blonde arrives in England on May 4, 2022. But very quickly, her presence creates tension in the home. “I immediately found Tony too welcoming when he moved our 6-year-old daughter to a bunk bed with her 3-year-old sister to make room for Sofia. Installed between them. Sofia accompanied Tony to the gym and, on the way back, they stayed in the car to talk for hours. I did not like that, “said the 28-year-old stay-at-home mother to The Sun newspaper.

When Lorna asked Sofia to leave… her husband left too!

Lorna’s intuition does not deceive her. Something is indeed brewing between her husband and the young woman. “I knew that feelings were born and that Sofia felt the same thing as me, confesses Tony to the Sun. , we found excuses to touch and brush against each other. But at that time, it was not going any further.”

Faced with this barely concealed flirtation, Lorna asks Sofia to leave. But she is far from imagining the reaction of the father of her children. “I said to Lorna, ‘If she leaves, I’m leaving too.’ I didn’t want to leave Sofia anymore,” Tony clarifies. Under the howls of the flouted wife, the lovebirds pack their bags and go to live with the young man’s parents. Today, they are looking for their own accommodation, and Sofia has started the process to obtain a permanent visa.

Accused of being a home wrecker, the latter defends herself by attacking. “Being with Tony never crossed my mind. I loved family. I spent a lot of time with Lorna and tried to help her. But she had two faces. She created this situation by constantly suggesting that something was going on when at the time it was not the case. So it’s his fault, “she said, with some bad faith, also to the Sun.

The interested party is “devastated” and “very uplifted” in the face of this incredible situation. “Everything I’ve built in my life was destroyed in the space of two weeks. Sofia didn’t care about the damage she caused. Neither did Tony, by the way,” he says. her to the British tabloid. “I’m so sorry for what Lorna is going through, it’s not her fault, it happened like that, that’s all”, pleads the one who tries, without success, to calm things down for his two daughters. 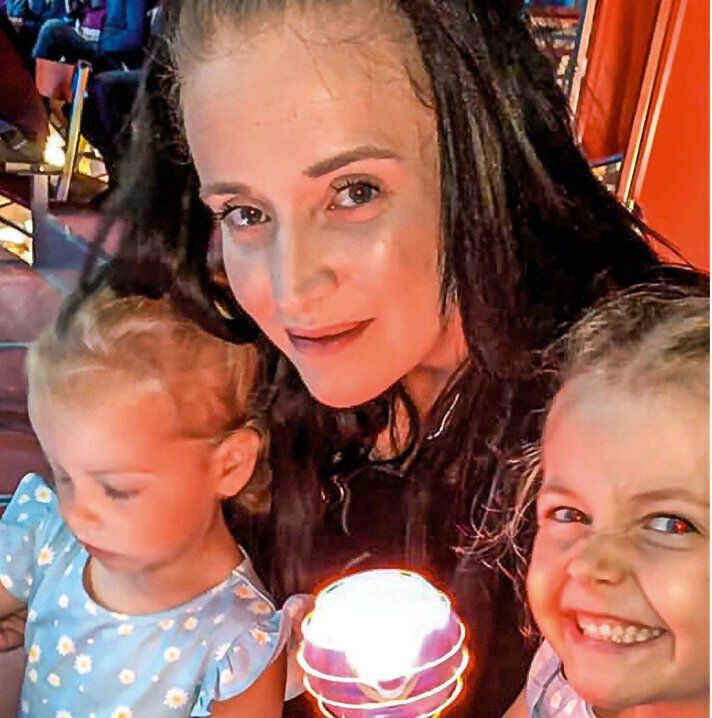