At the age of 18, Angelique Robledo became pregnant for the first time. The American was expecting a boy with her 21-year-old boyfriend, Josh. A happy event that unfortunately turned into a nightmare. And for good reason, her friend, Kassandra Toruga, tried to kill her and steal her unborn baby. “I met Kassandra through a mutual friend. She was 10 days younger than me and she was expecting her first child with her boyfriend, so we immediately hit it off,” she told the New York Post. At the time, the two young women spent hours talking about motherhood until the day Kassandra’s behavior became very worrying.

A bag with freezing contents

Things changed on February 16, 2011. Angelique, who was at her parents’ house with her mother, Celeste, had received a visit from Kassandra: “I was excited to see how her belly had grown because she was six months pregnant. But he was barely visible. On my side, I was ready to explode.” The mother-to-be quickly felt uncomfortable as her friend’s attitude was disturbing. According to her secrets, she had arrived with a large bag and was making phone calls in another room. The latter had even asked for details of the caesarean section. Angelique was starting to wonder, finding her friend’s actions weird. A proven fear.

Later that day, Angelique found herself alone with Kassandra. Her friend gave her a few gifts, offering her one last surprise: “Turn around and close your eyes. You’re going to love it. One, two…” Before she could finish her sentence, the American rushed into her kitchen, frightened: “I was overwhelmed by the feeling of being in danger.” Kassandra then claimed her water broke to gain access to Angelique’s dressing room and quietly set it on fire. His Machiavellian plan, however, did not succeed since the police and the ambulance quickly arrived on the scene. Angelique was taken care of while Kassandra was taken to hospital. While rummaging through her friend’s bag, the mother-to-be found two butcher knives, scissors, a diaper and baby clothes.

Ten days later, Angelique gave birth to a baby boy named Ryland: “I didn’t trust anyone and I kept the nurses from taking him out of my sight.” A week after the events, the American received a call confirming that Kassandra had been arrested and charged with attempted murder, arson and burglary. The latter had confessed to having planned everything to kill her and steal her baby: “She was never pregnant, she invented everything.” In February 2012, the young woman pleaded guilty citing her mental illness. Sentenced to spend 7 and a half years in a mental health facility, she was released in 2019.

Since this terrible event, Angélique got married to her darling Josh. Together they welcomed two more children, Maddux, 7, and Scarlett, 4. The almost 30-year-old, however, continues to fear for her safety: “I showed a photo of Kassandra to my son and I told him the whole story. I suffer from post-traumatic stress but I am grateful to have a such a beautiful family. I’m now sharing my story to show people that it’s important to listen to their motherly instincts. If I hadn’t, my precious son and I might not be alive today. .” 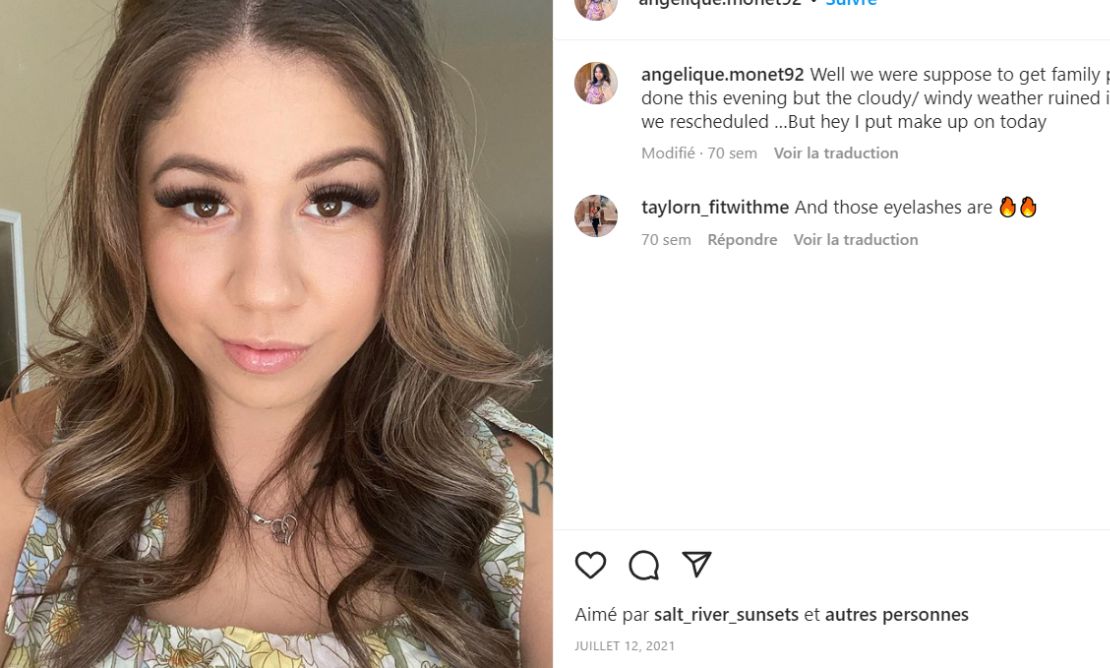