Pregnancy is not experienced in the same way by everyone. While some find the time long and eagerly await the moment to meet their offspring, others appreciate every moment of this period, the best as well as the most difficult. This is particularly the case of Iris Purnell, a 38-year-old American living in California, who, with her husband Cordell, is at the head of a large family of 12 children. A number that makes some people dizzy, but that enchants the couple, who would not be against the idea of ​​having a last one. “I would love to have one more!” Says Iris Purnell in the columns of the New York Post.

A desire that will probably not materialize, since the mother has had her tubes tied. The one who was pregnant every year from 2004 to 2019 (almost 16 years of gestation) reveals that she “loved” carrying her children in her womb. And this, despite the trying times. “All my pregnancies have not been easy”, specifies Iris Purnell before adding “I had six caesareans… but being pregnant gave me a spiritual elevation. I learned to be patient and to keep quiet.”

The children have strengthened their relationship as a couple

It was in 2005 that the choreographer met the man who would become her husband, then an international dancer. Iris and Cordell were each the parent of a six-month-old baby; she had Malikhai, he had Junior. Very quickly, the two lovers said “Yes”, before becoming parents of 10 other children: Jahni, 15, Trinity, 13, Messiah, 11, JoJo, 10, Love, 9, Seven, 8 years old, Michael, 6 years old, Royal, 5 years old, Heavenly, 4 years old and Hope, 3 years old. At the head of a close-knit family, Iris and Cordell Purnell revealed to the New York Post that their children have strengthened their relationship, while giving them more motivation and energy. 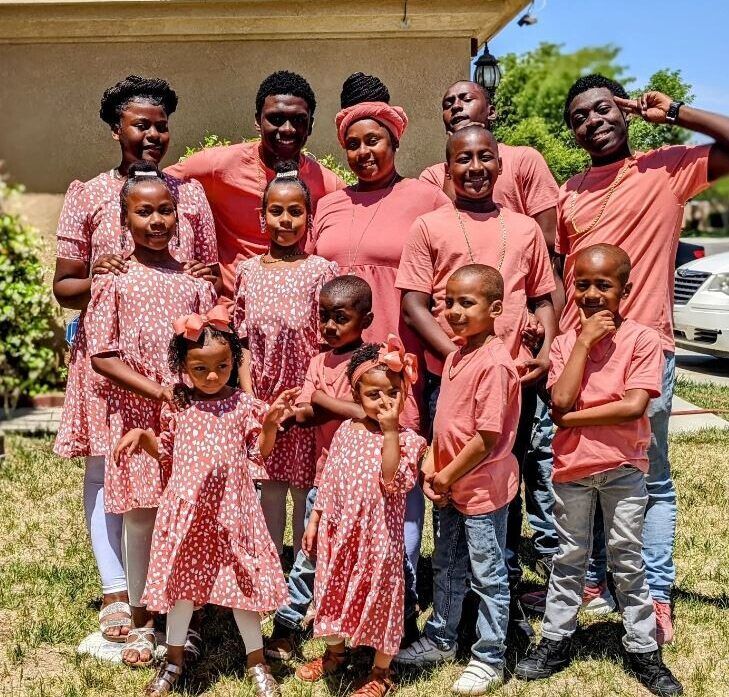