Dancer and actress from New Jersey, Sonali Chandra is a 30-year-old tired of dating, which in her eyes has become too difficult. In question ? His strict opinions on intimacy within a couple.

Indeed, for the young woman, having sex before marriage is out of the question. Desiring to preserve her virginity, Sonali comes up against the incomprehension of the men she meets.

“I only dated nine men – three of them serious relationships – and the nine men were fools when they found out about my virginity,” Sonali told the New York Post newspaper. Raised in a strict family by her parents who were both born in India, Sonali believes this rigorous upbringing has had a “profound impact” on her love life. “I was not allowed to go out with anyone, it was a big no” she recalled. “Dating is a life skill that I was forbidden to develop during my teenage and college years,” she added. Today, aged 35, she admits to having “still no idea how to go out with someone”.

Her first kiss, Sonali had it at 26 years old. Since then, the young woman has been browsing dating apps, hoping to find “the perfect man”. Unfortunately, so far, the young woman has not been very lucky. “I spend every evening of the week doing sports so as not to feel alone and I spend my Saturday and Sunday evenings alone in my studio, which is very depressing,” she admitted. “I go to bed at 8 p.m. to numb my emotional pain,” she continued. When she was younger, Sonali was not allowed to go to prom or even live in a dorm on her campus during her college years. On the other hand, the young woman succeeded in refusing the arranged marriage (traditional in her culture) that her parents planned for her.

Portrait of the ideal man

However, she retains some traditional views on premarital sex. “I consider sex to be sacred and special. In fact, I don’t even like the word ‘sex’, I prefer ‘making love’,” she said, saying she would always refuse to compromise on her values. “I’ll be ready when I get a ring from the ‘good’. I am looking for a chivalrous gentleman with ethics, morals, handsome, ambitious, health conscious and treating me like a queen. “I want what Priyanka Chopra has with Nick Jonas” she stressed.

A virginity made public

Her virginity, Sonali disclosed it publicly two years ago, in a television show, Dr Phil. She expressed her frustration at the fact that men are disturbed by her virginity. “I have all these great qualities. Why is it so hard for me to find the one who won’t be scared when I tell him he’ll be my first and hopefully the only one? she wondered. Firm in her decisions, she insisted “I’d rather stay a virgin and be single the rest of my life than be married to the wrong guy”. After this show, Sonali also appeared on a dating show “Five Guys A Week”, but still failed to establish a convincing connection with a suitor. However, there now seems to be some hope on the horizon for the young woman who is communicating, from a distance, with potential love.

Although they live in different cities, Sonali confirmed that they recently met for the first time and have strong chemistry between them. “This man is handsome, ambitious and a bit older than me. I’m so surprised he’s still single! she noted. “I feel like I’ve known him for ages and I feel comfortable with him. He was completely respectful of my boundaries when I told him I was still a virgin. He didn’t even try to kiss me,” she continued. Indicating that she constantly thought of him since their meeting, Sonali concluded “I believe that friendship is the foundation of any relationship and that time will tell what will happen between us”. 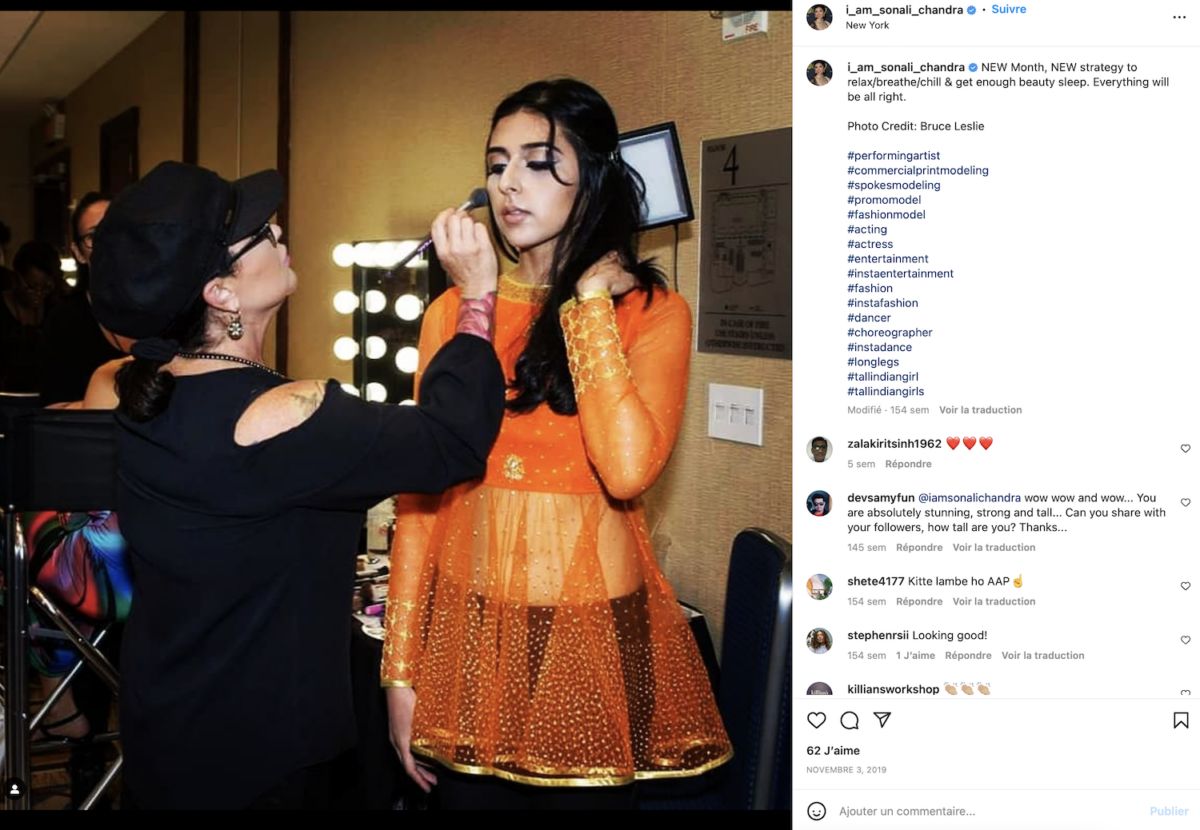