She was only two months old when she was diagnosed with a vascular malformation. Olivia Klopchin’s family had noticed a bruise on the inside of her elbow that had been present since birth.

Growing up, Olivia saw one of her arms metamorphose due to the abnormal development of the blood vessels running through it. Proudly displaying her difference, the young woman suffered, however, strong criticism.

Her arm and hand are swollen and her skin looks slightly discolored, even bruised. However, its members are still fully functional. Like any young 18-year-old woman, Olivia regularly shares her life on social networks and especially on TikTok where she does not hesitate to talk about her particular condition. But if the young woman proudly assumes her body, the users themselves are not stingy with derogatory remarks.

In a video viewed, since it was posted, more than 2.4 million times, Olivia responded to a comment. In it, a user invites him to be amputated. Olivia mentions an episode of the animated series “Bob’s Burgers” in which a character angrily says, “Take it off!” “, to which another responds” I would rather die! “. “Whatever your thoughts, imagine amputating an arm that you use and that works perfectly well! Really ??? Added, amazed, another user, shocked by the words of this subscriber. “People would really rather you lose a fully functional limb because they don’t find it aesthetically pleasing,” commented a second person.

However, as always, other subscribers did not understand why she did not prefer amputation. “Personally, I would prefer to have a very nice prosthesis, and I could decorate it, but that’s just me,” noted one person. “You’d look a lot better without it,” maintained another. If Olivia did not initially intend to turn content around her arm, she now wants to put this difference forward despite the mixed reactions of these subscribers. “The negativity on the Internet is consuming the lives of so many people,” she said, adding, “I choose not to let it consume mine.”

A happy and ordinary life

Although Olivia comes across as a “solar” girl with a positive attitude, she admitted that her condition sometimes leads to painful blood clots. “In addition to overcoming pain, I can play sports. I hang out with my friends and my friends, when they ask me about my arm, I am open to answering them,” she explained. “I wonder why I would let these people affect me when I’m good in my life and doing the things I want to do,” she added, concluding “I’m really grateful that my arm didn’t give me any inconvenience. I could consider the pain as such but I chose not to. 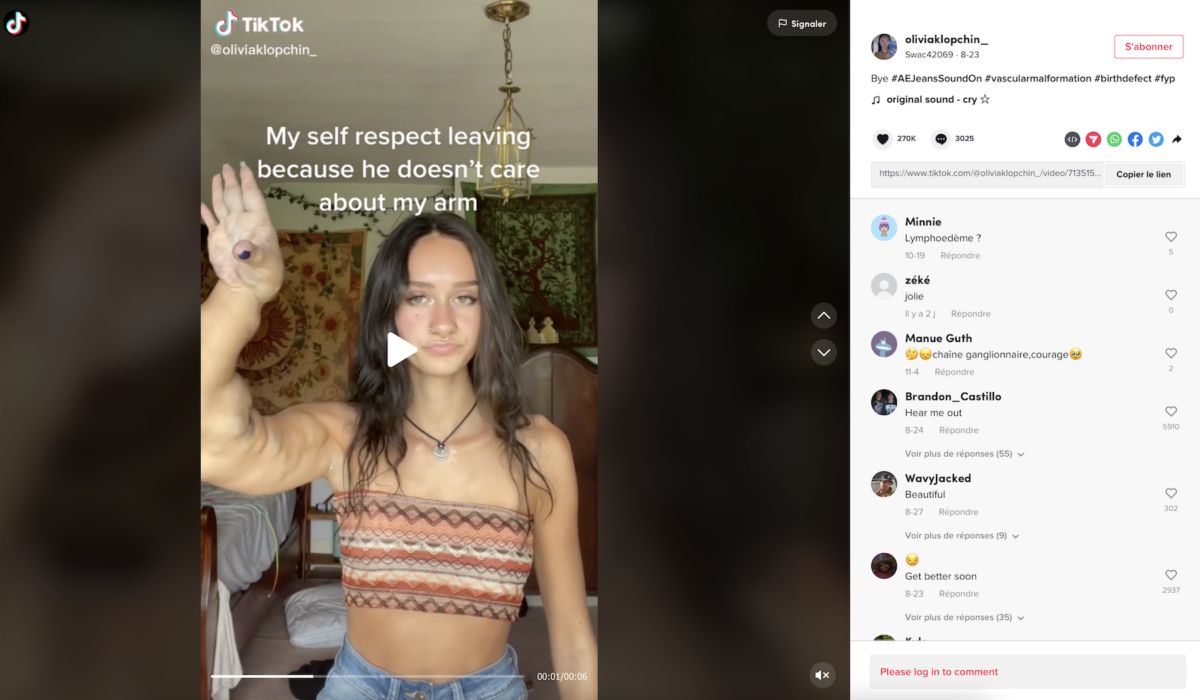