Perfectly symmetrical face, straight nose and ultra-white teeth… Like his female counterpart, Ken is cut according to the criteria of beauty that predominate in society. And although he is only a plastic doll, he remains a model for a handful of humans, eager to look like him. Some are even willing to go to great lengths to get the look of Barbie’s pal, like 27-year-old David Kosir, who shelled out a whopping $70,000 in three years to become a life-size version of the Mattel figure. The young Australian, who began his transformation in 2019, does not seem ready to stop the scalpel. “I started with injections in the lips, in the cheekbones, in the jaw and in the chin”, explains David Kosir to Kennedy News before adding: “Initially, I did not have a precise plan, but I never really liked my nose, and I always knew I wanted to do it again”. From needle to needle, the young man ended up seeing clearly in his project. “I really love the plastic and faux look. I’m looking to achieve a human, masculine, Barbie doll look, like Ken – that would be the ultimate aesthetic for me,” he says.

After a $9,000 rhinoplasty in May 2021, David Kosir started ogling new teeth as he hung out on social media. “I was like, ‘These teeth look nice, what is it? Veneers and crowns, what is that?’ and then I looked and thought ‘I should do this’”. Results ? In July 2021, the young man took action and had veneers placed on his teeth for the not really modest sum of $17,000, before traveling to Turkey in May 2022 to have a series of crowns placed less expensive on the lower teeth, for the sum of $5,000. And that’s not all: shortly after, David Kosir returned to Turkey, this time to have hair implants. Indeed, the young man realized that his repeated coloring had a detrimental effect on his hair, the reason for which he paid nearly $9,000 for the implants, and the trip. On the sidelines of all these interventions, the 27-year-old Australian also granted himself several luxury facial treatments, at $700 per session, as well as a laser freckle treatment every three months, for a cost of $2,000.

These new interventions planned for 2023

In total, David Kosir has spent more than $68,000 on cosmetic surgery, and the young man is not at the end of his business. He plans to return to Turkey next February to undergo an “intense” series of five surgeries, for the sum of $14,000. Eye lift, eyelid reduction, temple and cheekbone lift and fat transfer to several areas of his face… This is what awaits David Kosir in the coming months. “It’s a lot of money but you have to spend it somewhere so why not on something that makes you happy. I think it’s worth it!”, concludes the young man. 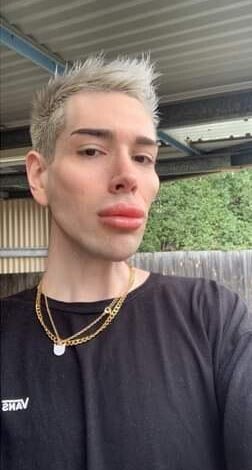