Maxime (first name) was only 13 years old when he started smoking for the very first time. “I stole cigarettes from my mother, who was a heavy smoker. I remember that they were very strong and that they made me cough,” he wrote in his testimony shared on the American Vaping Association (AVA) website, a non-profit organization that defends the interests of vaping. The American quickly becomes addicted. At the age of 18, he already consumes a pack a day: “I continued to smoke menthol cigarettes for another 38 years.” Over time, the man saw his health decline drastically: “I was constantly coughing and could barely breathe. I had to sleep sitting up because lying down made me feel like I was suffocating.” At this point, he smokes two packs a day, sometimes more when stressed. At worst, he is looking for a solution to permanently curb his impulses.

He quits smoking thanks to the e-cigarette

In December 2013, Maxime is more motivated than ever to quit smoking. He therefore makes a radical decision to achieve his ends: “I moved to the other side of the country in a non-smoking apartment but which authorized vaping.” At the time, the American intentionally chose a non-smoking area in order to succeed in his challenge. He is determined and even finds the perfect substitute: “I tried my first electronic cigarette, a kind of pen-shaped device, and it completely changed my life. The very first time I vaped, it was the last day I smoked a cigarette.” A feat he still can’t believe: “Honestly, I was and still am amazed. I had never tried to quit smoking before. I was as addicted to nicotine as we are. oxygen or water, or so I thought.”

A device that has become indispensable

Maxime finally manages to beat his addiction. “December 28, 2013 is the last day I smoked a cigarette,” he rejoices. For now, the man continues to use a vape: “I don’t plan to stop anytime soon.” This small device, which has become an effective alternative to cigarettes, now accompanies it everywhere on a daily basis: “I think that after 38 years, it’s more of a reflex for me. It’s comforting and I feel so much better that quitting vaping is not something that concerns me.” To get rid of nicotine gently, the American mixes the flavor of non-menthol tobacco with a caramel flavor: “I use a box mod [an electronic cigarette recognizable by its rectangular shape, editor’s note] now, but I don’t choose only vapes in indirect inhalation [the smoke stagnates for a few moments in the mouth before being inhaled into the lungs, editor’s note].”

Relieved to have finished with cigarettes, Maxime is much better: “During the last 4.5 years, my health has improved considerably. I hardly cough anymore, only when I’m sick. I can sleep lying down again. It used to be a really big problem and now it’s not anymore. My breathing is good and my lungs are healthy. I don’t get gasped anymore when taking the stairs and my blood circulation is much smoother. ” As you will have understood, the American is a new and happy man since cigarettes are no longer part of his life. And one thing is certain, he absolutely does not regret it: “For me, vaping was the best and most amazing way to stop 38 years of a bad habit. If you have already tried everything, vaping is for sure the technique to say goodbye to cigarettes.” 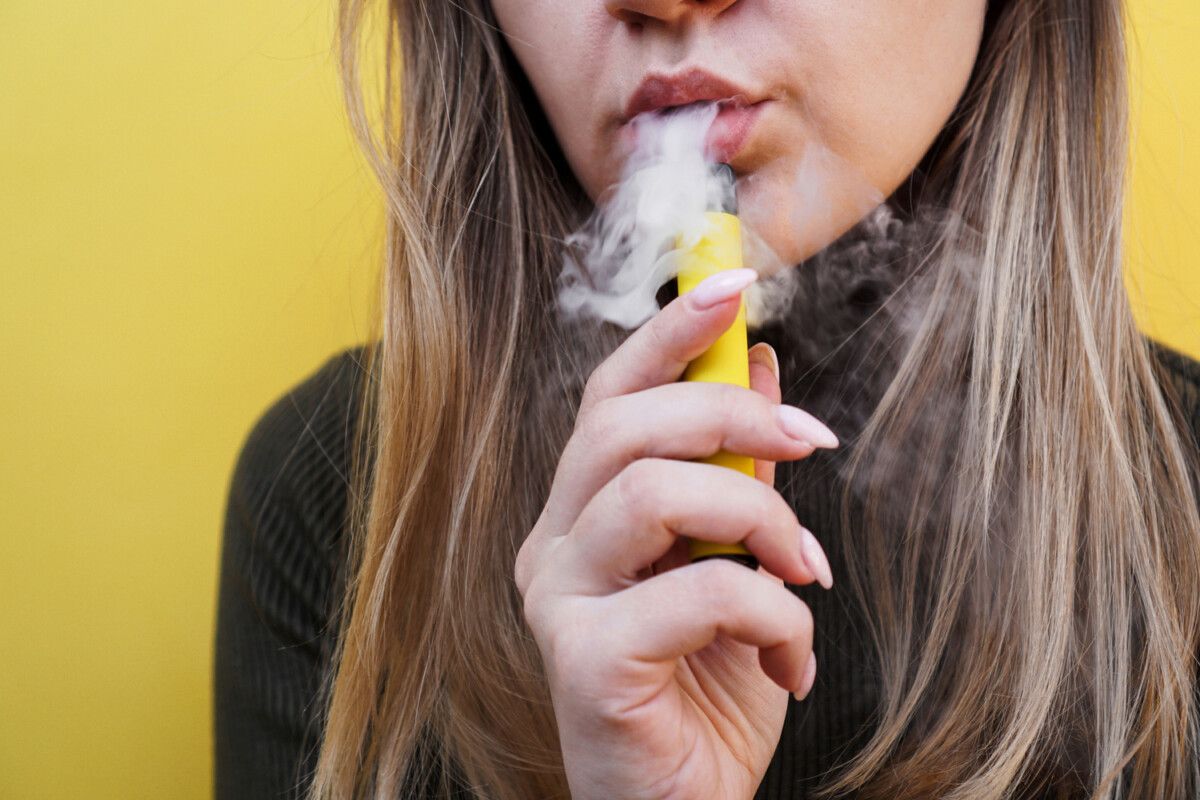