This is the story of the straw that ends up breaking the camel’s back. Kayla LaVende, 38, weighed, in a previous life, more than 152 kilos. Content creator, the young woman felt very depressed one day when she felt obliged to buy two seats on a plane because of her weight.

It was during a Las Vegas – Los Angeles flight that Kayla had a panic attack that saved her form. Understanding that his physique was becoming problematic, the purchase of a second seat for this flight was a real trigger in his drastic weight loss.

Two seats for yourself

“I had no idea how much space I would take up in the second seat,” Kayla told the Mirror newspaper. “In fact, I used both chairs completely,” she added. This purchase was far from being a quarrel since the ticket cost him an additional 240 euros. But Kayla knew in advance that he would be needed. But that didn’t stop her from feeling uncomfortable. “The employees let me board first, pick my seat, and I took the entire back row of the plane so no one would walk past me and stare at me,” she recalled.

A humiliating moment especially since Kayla, despite her choice, still attracts attention. “There was a very small lady in the third seat of this row. She didn’t say anything but I could feel her looking at me,” she recalled. Despite this misadventure, Kayla considered herself happy. Never in her childhood had she been teased or bullied for her weight. But that day, she feels it’s time to change “once and for all”.

“I knew it was no way to go on living,” she said. “I wanted to be free and I felt very limited. Not to mention my body, which was starting to hurt me,” she continued. Poor diet, low activity level, thyroid problem, lipedema… Kayla’s form is bad. “It was terrible, all the carbs and sweets, pasta, bread, rice, pizza, fries and ice cream,” she described. “Very few diets, I was doing the yo-yo. But I couldn’t take it,” she lamented.

Now, Kayla has completely changed her habits, opting for a healthy diet based on protein, low carbohydrates and sugars, combined with daily cardio and weight training. To aid her weight loss, she also resorted to gastric banding. Kayla thus went from 152 kilos to 63 kilos. “It all started with a change of mindset. After the surgery, I stayed on track. I learned all about nutrition and how to eat to fuel my body rather than for pleasure,” she explained. “I also invested a lot in fitness by training every day,” she continued.

Her new physique earned Kayla many compliments, including being compared to her childhood idol: Barbie. “I’ve always been obsessed with Barbie and her style,” she said. “I lived vicariously through her as a child. She inspired me, made me want to be creative, fun, colorful, vibrant no matter my size,” she said. Her weight depriving her of a wide choice of clothes, Kayla embarked on the creation of her own outfits. “That led me to designing costumes and moving to Las Vegas working for a show as a designer for many years,” she revealed. “I have Barbie to thank,” she exclaimed.

Currently, Kayla is trying to build muscle in preparation for a competition this year. “I no longer have any physical limitations. I can go where I want and not worry about whether I will fit on the seats,” she said, enjoying shopping everywhere and all the physical activities that remained inaccessible to her. “I also like theme park rides. I never went there before,” she recalled. Her weight loss has also influenced her career, with Kayla now investing in this area, having more than 84,000 followers on TikTok and nearly 24,000 on Instagram.

Now giving advice to those wishing to begin their own journey, she declared: “Love yourself “before”. We don’t go on this journey hating you. Love yourself enough to want to change.” Inviting to be consistent and constant in her change of lifestyle, she concluded “Keep a positive state of mind. Do what works for you and don’t compare your journey to someone else’s.” 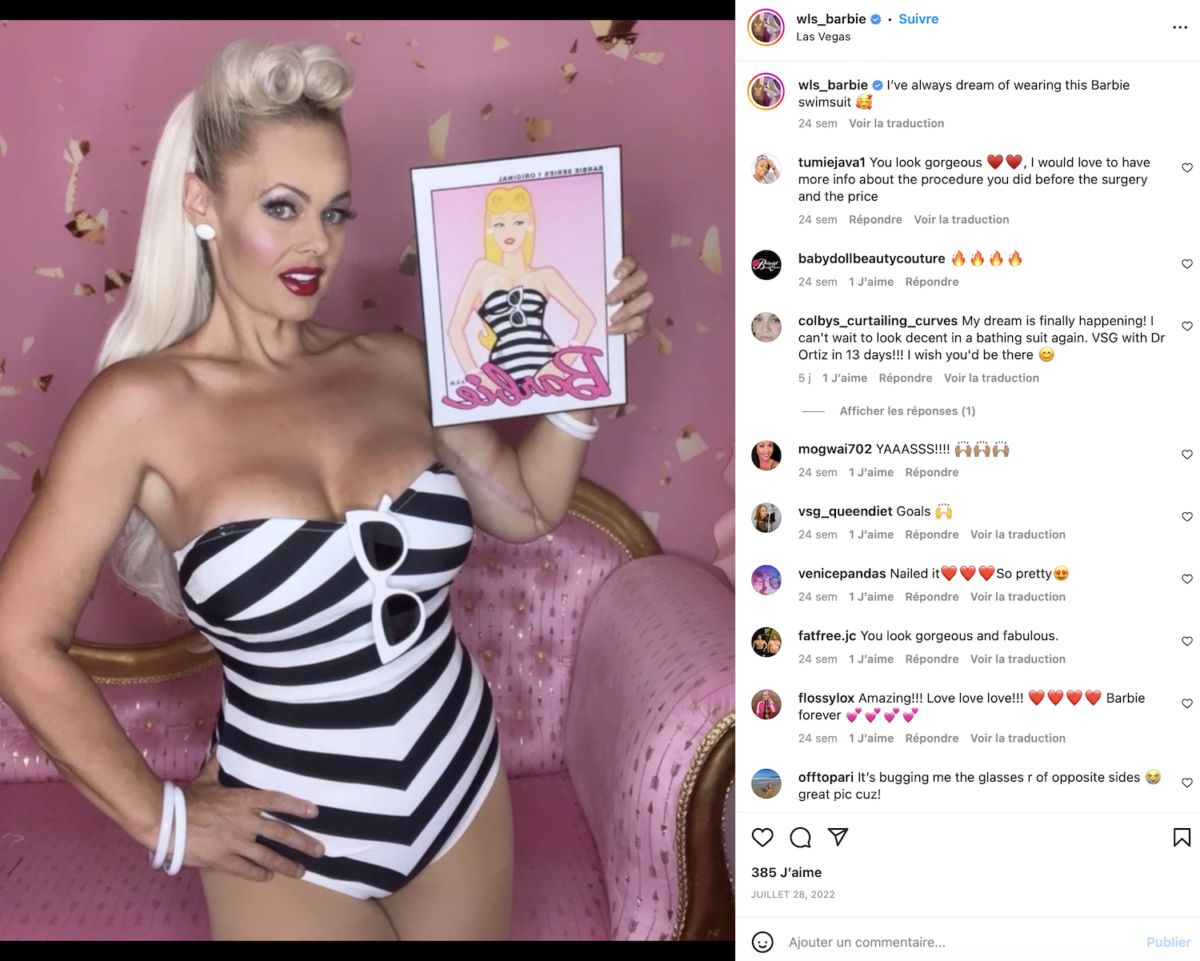