TESTIMONY I had seven heart attacks when I was 19

Given her young age, it was impossible for Alyce Clark to understand what was happening to her. The young woman was only 19 when she had her first heart attack during a very ordinary evening.

In the space of a few hours, Alyce’s life has changed, the young woman chaining strokes and close to death. A period on which she confided in the columns of the newspaper Metro.

“It was 11 p.m. on a Tuesday night and my mom’s phone was ringing,” Alyce explained. Thinking it was an emergency given the late hour, the young woman ran up the stairs to her mother’s room to ask her about the call. Learning that it was only a non-emergency call from her brother, Alyce goes back to the living room where she was watching television, installed in the sofa. “But when I reached the last three steps of the stairs, I lost my footing and fell,” she commented. When she reopens her eyes, the young woman discovers that she is lying at the bottom of the stairs, on her cat’s scratching post, surrounded by blood. “My lip was burning with pain, my heart was racing, I had carpet burns on my chin and neck,” she said. Dying, she finds the strength to call her mother who immediately asks for an ambulance to be sent to their home. “Mom helped me up but while we were waiting for the paramedics I was violently ill in the downstairs toilet.” When help arrives thirty minutes later, Alyce is too weak to stand up. “They took my blood sugar, it was 15, which they told me was worrying, it was supposed to be around 5,” she said.

Alyce receives oxygen but her heart rate is still high, the young woman is taken to the hospital with her mother. “The pain in my chest, my stomach and my body was unlike anything I had felt before,” she recalled. Alyce receives morphine and loses consciousness. “I woke up in intensive care at Medway Maritime Hospital a week later,” she revealed. When she regains consciousness, still heavily medicated, she feels like she no longer feels her body. “I was still out of consciousness, I felt like I was in a dream,” she noted. Her mother tells her that she suffered a cardiac arrest in the ambulance and that she was transferred to intensive care.

Once there, Alyce had six more cardiac arrests and a stroke. Her mother tells her that she was also bleeding from her hands and groin, mouth and nose and it took large units of blood to keep her alive. “I was in serious danger and my parents were told to prepare for the worst,” Alyce said. “I couldn’t understand. I was only 19 and I was fit and healthy. How could this happen to me? she wondered. Miraculously, the doctors succeed in each cardiac arrest, to resuscitate her even if Alyce undergoes twelve intravenous, a blood transfusion and is placed on a ventilator. “Doctors had put me in a coma to give my body the best chance of healing. When I woke up, I couldn’t speak because of the tube in my throat,” she explained. When the effects of the morphine wear off, Alyce gradually realizes the seriousness of the situation. Shocked and overwhelmed, she does not understand what could have happened to her. When the artificial respirator was removed from her five days later, Alyce, taken to intensive care, was able to get up for the first time. “A nurse helped me to the bathroom to wash the blood from my hair. There I looked in the mirror and I saw the horrible bruises covering my chest, from the collarbone to the sternum. “I burst into tears overwhelmed with emotion realizing how lucky I was to be alive,” she added.

A CT scan shows Alyce had a pulmonary embolism, a rare condition for her age and physical condition. Embolism occurs when blood clots form in the lungs and block a blood vessel, preventing oxygen from reaching the brain and causing a stroke. “When I left the hospital two weeks later I had to learn to walk up and down stairs and I had to work hard to regain the lost muscles in my body because I was in bed and I I didn’t move,” explained Alyce. The young woman also lost peripheral vision in her right eye. To prevent clots from forming, Alyce receives preventative treatment and sees a specialist for tests.

A life turned upside down

“My fall occurred on February 23, 2010 and my life has completely changed since then,” confided Alyce. “I was working as a groom at the time, doing a job that I loved. Now I am too weak physically to work and I have to slowly regain my strength,” she added. Further examinations showed that Alyce had a small hole in her heart and that it was through this that the clots were then able to enter her lungs. In 2012, she underwent surgery to close this hole. Alyce then sees her treatment modified but must continue it until the end of her days. Twelve years later, Alyce finally had an answer to this traumatic experience. “They concluded that the cardiac arrests were caused by the fact that, following a riding accident two months before I fell down the stairs, I was less mobile, causing clots to form, and that being on the birth control pill didn’t help either,” she confirmed.

Now 32, apart from the damage to her peripheral vision which has improved slightly, Alyce has regained normal mobility and lives a normal life, working as a shift manager in a restaurant. Alyce also works to raise awareness that pulmonary embolisms can affect anyone at any age. “People are always shocked when I say I had a stroke and seven heart attacks at just 19, but not a day goes by that I don’t feel lucky to be here! she declared. “I have been given a second chance in life and I am determined to make the most of it,” concluded Alyce. 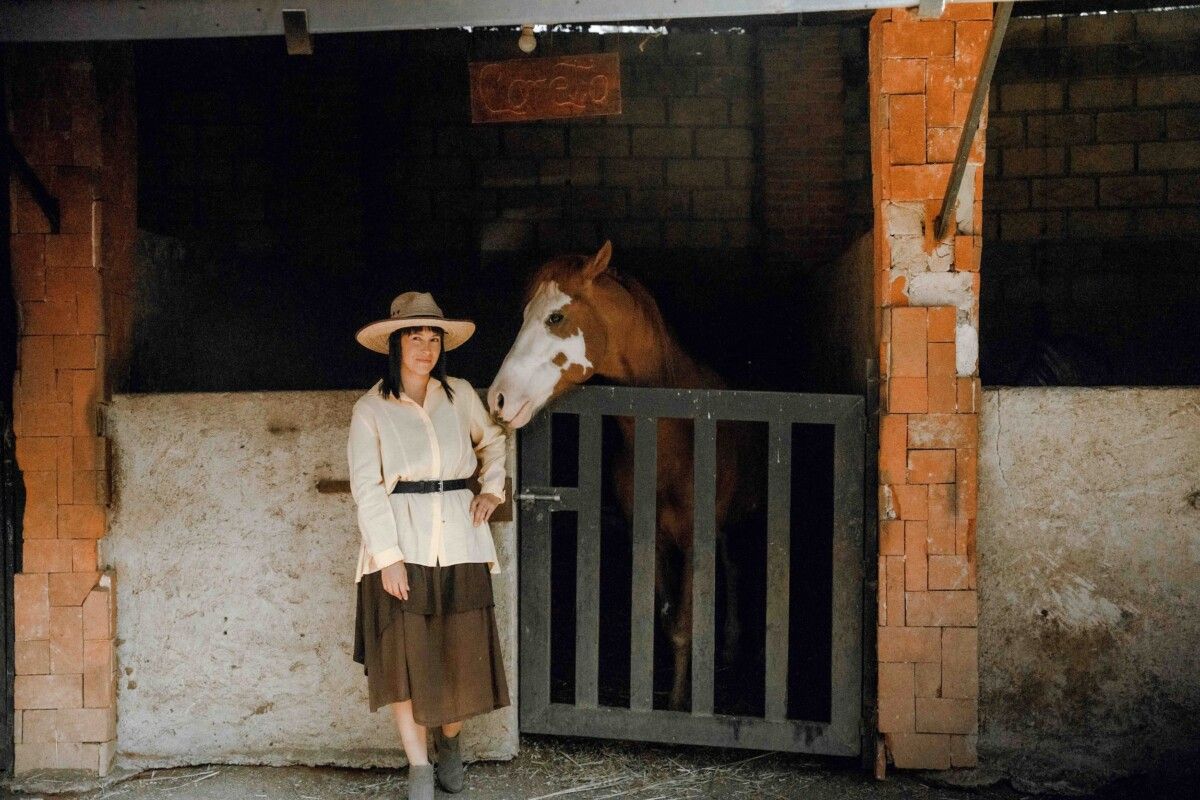