TESTIMONY. “I collect objects that belonged to Jeffrey Dahmer and one is more terrifying than all the others”

From John Wayne Gacy’s paintings to Ted Bundy’s trial records, there’s nothing he hasn’t gotten his hands on. Passionate about true crime, Taylor James is one of the greatest collectors of macabre in the world. On his Cult Collectibles site, created in 2018, this Canadian from Vancouver lists his incredible collection of objects that belonged to the greatest serial killers in American history. Among them, relics that belonged to Jeffrey Dahmer, convicted in 1992 for the murder of 17 young men, who are his greatest pride. “Dahmer is one of the most famous serial killers in the United States, but there are few objects that belonged to him in circulation, he confides in the columns of The Sun. John Wayne Gacy painted hundreds of paintings in prison, and Richard Ramirez wrote thousands of letters behind bars. But Dahmer was only in prison for two years before he was murdered.”

To our colleagues from The Sun, James explains that he is the proud owner of many objects that belonged to the Milwaukee cannibal, including letters, books, a Bible, and even the serial killer’s glasses, recently put on sale for the sum of $150,000. On his site, Cult Collectibles, there is also the urn in which the ashes of the murderer were once kept, but also a sinister set of cutlery seized in the apartment where Dahmer killed and dismembered 12 of his victims.

A terrible collection of letters

According to the collector, however, none of these pieces is more macabre than a series of letters sent to Dahmer in prison. Their sender, a woman who had fallen in love with the serial killer, sometimes sent him several letters in the same day, without ever receiving a response. “She was saying something like, ‘Hey, I wrote you a letter five hours ago, I’m writing you another one now. I know I upset you. I’m sorry, forgive me. You are so important to me,” says Taylor James. This woman felt like she had a personal connection to Dahmer.”

She wasn’t the only one. According to James, Jeffrey Dahmer received several hundred letters a month. And while some shippers were simply trying to understand his actions, most made their admiration and love for the Milwaukee cannibal very clear. “People wrote him love letters, saying ‘You are misunderstood’, ‘I love you’, ‘I would like to be with you’. Many women even tried to build a relationship with Dahmer, despite the always flaunting his homosexuality.” They thought he was going to become heterosexual to be with her, or that he was not really gay and had not met the ‘right’ woman, they were made a lot of illusions. These women were writing what they thought was in their heads.”

“These are just historical artifacts”

Twenty-eight years after the death of Jeffrey Dahmer, the fascination is still present. Taylor James himself does not hide his interest in the serial killer, but understands that some may accuse him of profiting from human suffering or exploiting the macabre. “I understand those who think that, and I have no problem with those who don’t like what I do, he confides to our colleagues. I could never oppose someone who would have been directly affected by the actions of these killers.” Nevertheless, the collector relativizes. “These (his objects, editor’s note) are just historical artifacts. If it’s not for you, it’s not for you. I understand that the subject is controversial, but I think I’m an easier target than a company like Netflix,” he said.

Last September, Netflix released the series Monster – The Story of Jeffrey Dahmer, which traces the journey of Jeffrey Dahmer step by step. A program that is highly controversial, several relatives of the victims having in particular deplored that the platform did not request any authorization before staging the American serial killer. 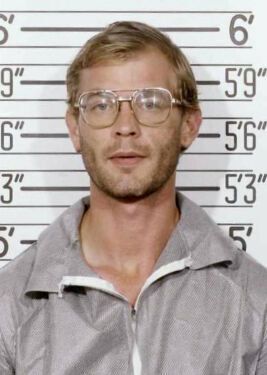