For many parents, baby showers are an obligatory passage marking the end of the adventure of pregnancy. Between classic celebrations, with family and friends, or gender reveal, the choice is not lacking.

But Miranda Zilkowsky wanted to live her nine months of pregnancy in a totally different way. Unwilling to share the news, except with her partner, the young woman kept the secret until the birth of her child.

A pregnancy experienced as a duo

It was on her TikTok account that Miranda came to reveal her original pregnancy experience. In a video that went viral, Miranda wrote “POV: you kept your pregnancy a secret for nine months”, then revealing how she achieved it and her motivations. According to Miranda, this secrecy was “one of the best decisions she ever made”. Sharing images taken throughout the pregnancy, Miranda showed her positive test and then photos of her very pronounced belly.

The astonishment of the family

In this same excerpt, the young mother explained that she had managed to organize a maternity photo shoot without telling her relatives, family included. Then, in a second video, Miranda said that her parents had finally discovered her secret as she entered her 30th week of pregnancy. “She’s been hiding it all this time?” We heard her father exclaim while the mother of the young woman laughed behind the camera.

Refocus on the essentials

Afterwards, Miranda explained that her parents, living away from home, could not see her physical changes. The young woman, also working on her own from home, also had no announcement to make to her employer or her colleagues. “We didn’t have a baby shower or a gender reveal and that’s okay,” she said. “Because look at us now” she continued, revealing herself with her spouse discovering the sex of their child, together, in their car.

Amassing over three million views, Miranda’s video also garnered plenty of comments. If some of his subscribers claimed not to be able to remain silent for such a long time on such an event, many were impressed by his discretion. “If I didn’t tell my mom, she would be so hurt,” one person noted. A second wrote “We hid my pregnancy for five months and it was absolutely amazing! “. Since giving birth, Miranda has not hesitated to regularly share photos and videos of her little girl, captioning them with “My little princess” or “My ray of sunshine”, without going so far as to share her first name. 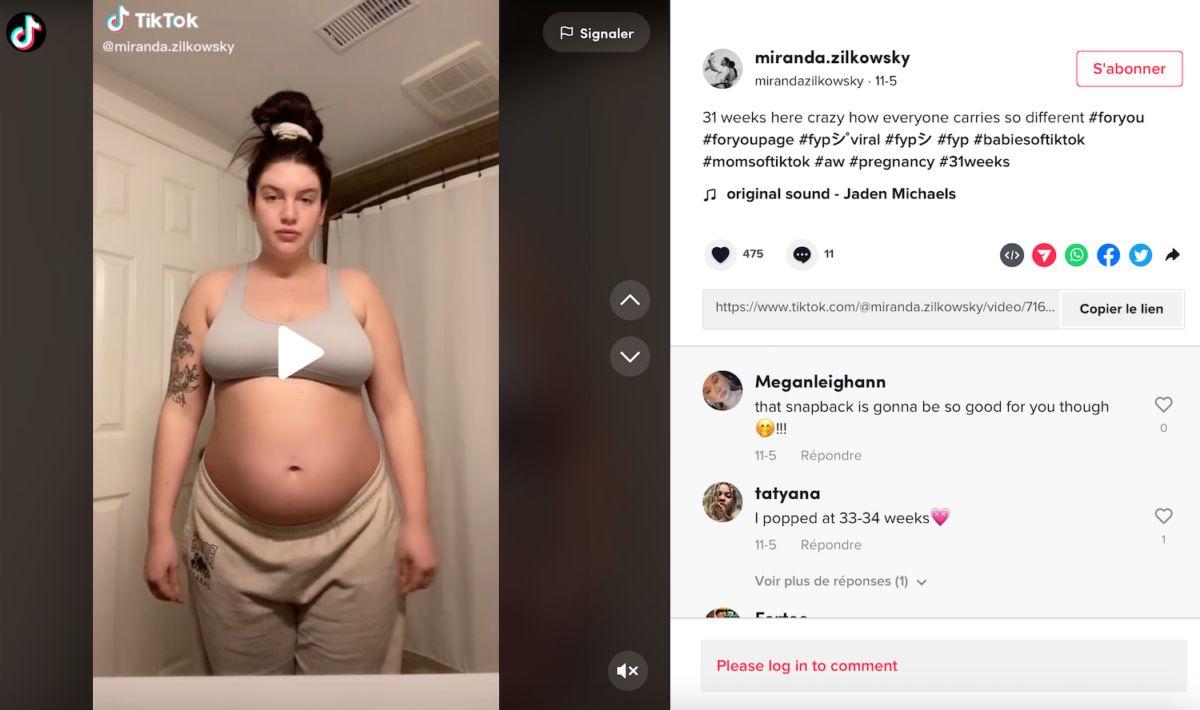