Weighing 133 kilos for 1m62, Ange knows only too well the judgment that accompanies Plus sizes. But these constant and derogatory remarks were strongly accentuated when she became pregnant.

Mother of a baby girl, Ange surprisingly learned that she was expecting triplets at the age of 38. A discovery that led the doctors to make him proposals as shocking as they are indecent.

“I’ve always been a chubby person,” Ange told the Mirror newspaper. “Even though I am in good health and exercise regularly. There is always a judgement. When she first became pregnant, Ange was 31 years old. It was 2015 and Dottie, her daughter, was born in February the following year. At that time, Ange didn’t know his weight, only his clothing size. “The doctors were horribly direct with me. They said, ‘You shouldn’t have this child,'” she recalled.

Ange hears them talk about the risks of diabetes, high blood pressure and preeclampsia because of her weight. “There was such a focus on this BMI, it was awful,” she commented. However, despite all of their predictions, Ange went through a classic pregnancy, not developing any of the conditions the doctors had warned her about. Adoring her role as a mom, she also enjoyed her husband, Chris, 33, becoming a father. The couple quickly understands that they want a second child. They embark on this baby project in 2019. But this time, nothing happens.

From month to month, the disappointment grows for the whole family. “Dottie kept asking when she was going to be a big sister,” Ange confided. “Every month she wished she had a sibling more than anything and my heart broke. I wanted nothing more than to make his wish come true,” she continued. After two years of hopes and disappointments, Ange understands that something has to change. The couple makes the heavy decision to stop their trials and focus only on their daughter. At the thought of “giving up,” Ange feels relieved, begins to truly relax, and finally enjoys their amazing little family.

But life is full of surprises. “On January 9, 2022, I was at a friend’s 30th birthday party when I suddenly felt sick,” Ange noted. “At home, I asked Chris, ‘What aftershave are you wearing? It smells bad and it burns my throat. Chris took a moment and replied, ‘You need to take a pregnancy test,’” she continued. When the test comes back positive, Ange, speechless, realizes that she got pregnant on Christmas. But it was only the first shock of this new pregnancy. “While preparing for my 12-week ultrasound, I felt sick, in a very different way from my early pregnancy for Dottie,” she recalled. “I assumed we were going to have a boy,” she noted.

Impatient to discover her baby on the screen, she hears, with surprise, the sonographer ask her if she has had recourse to in vitro fertilization. “I thought that was really rude,” insisted Ange. “Then I heard the most amazing thing ‘I’ve only said it once before. You have triplets! » she continued. Chris, her husband, takes the news very calmly, happy to have “finally his own group! “. Ange goes into a panic attack. Subject of his concerns: everything that needs to be changed in their lives, starting with their house and their car. But despite this anguish, for nothing in the world would she want to part with these unexpected babies.

“These were the children we had all been waiting for so long, it was a miracle,” she said. Thinking back to her first pregnancy, she dreads the doctors’ comments. “This time, I had three babies. I knew the doctors would focus on the risk it posed. I prepared myself for what was going to happen,” she explained. On the face of the doctor, indeed, concern can be read. “After telling me how dangerous it was to have triplets for my weight, he asked me, ‘Do you want to abort one or two of the babies? “” she related. Shocked by this question, Ange replies “Absolutely not! “. Very upset, she has to face this same proposal again a few weeks later. “We told you no” she told the doctors.

On each date, she is told that she is “the most annoying and least demanding triple mom ever received”. “It was really uncomfortable for me as they grew up. I got so fat that I had trouble eating much or getting up from my chair,” she said. Ange, however, does not develop any disorder predicted by doctors, even though his BMI was above average. Continuing to defy the odds, Ange and her children did nothing like the others. If triplets are usually born between 27 and 32 weeks, those of Ange were born after 35. As for their weight, again, it was higher than expected.

“As soon as I saw them, I was overwhelmed with love. They were perfect, ”said the fulfilled mother. Since then, their life has been a thrilling and exhausting roller coaster. “We don’t get much sleep,” she laughed, adding, “But I wouldn’t change a thing. All three babies are amazing and seeing Dottie loving them fills my heart with happiness.” Today, Ange shares her story to give hope to others. ” Never give up. As Dottie discovered, wishes do come true. 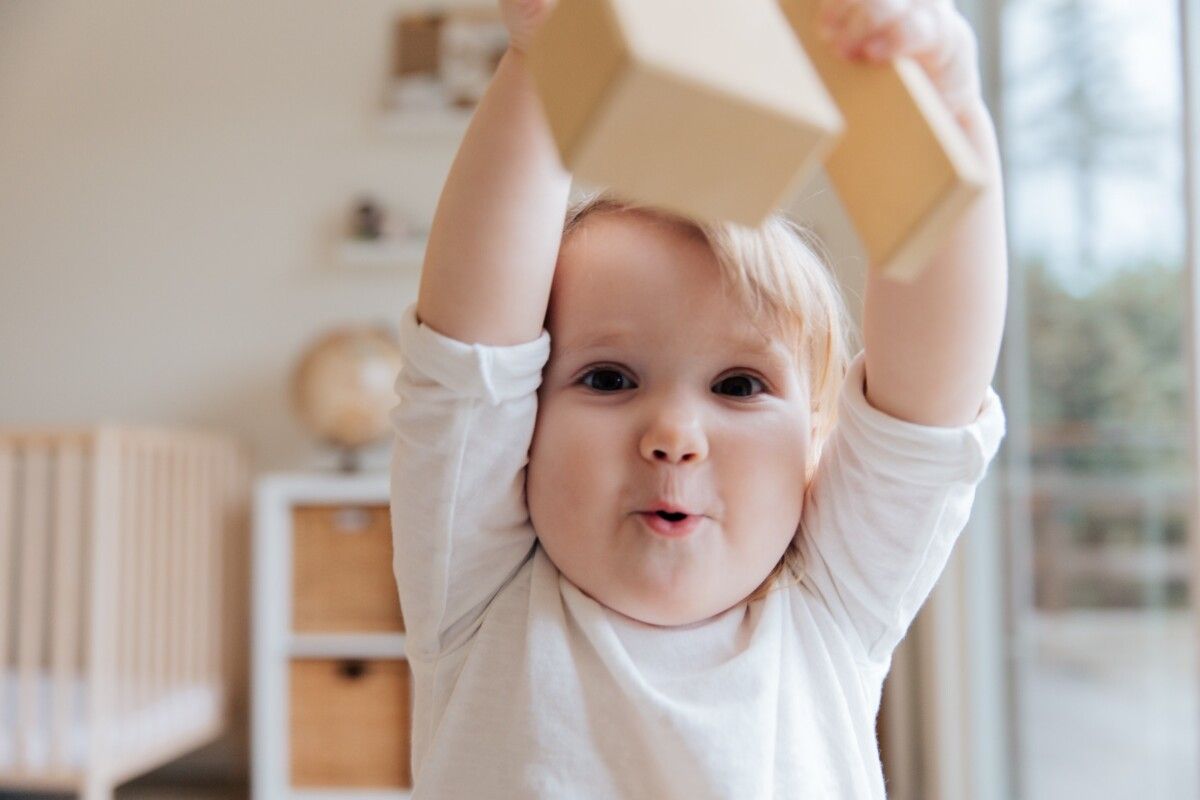