How can you accept that your child is affected by an extremely aggressive disease? Anthea Smith, 46, recalls the heartbreaking moment her three-year-old daughter Apple’s leg pain was found to be a sign of cancer.

It was in July 2021 that Anthea, Euriah, the dad, and Apple learned the terrible news after their daughter started complaining of leg pain…

At first glance, doctors think the pain is caused by inflammation in the hip joint. They give Apple ibuprofen for relief. But in August 2021, the pain becomes so unbearable that the little girl can no longer stand. His parents took him to the hospital again. After numerous X-rays, her shocked parents discover that their daughter is battling cancer, a large tumor having been found in her abdomen.

Fear of losing her daughter

“I had this big lump of fear in my stomach, it was so big I could barely breathe,” Anthea told The Sun newspaper. “My biggest fear was that my daughter would die,” she added. Doctors explain that Apple suffers from a rare childhood cancer. “The tumor has spread around his kidneys, intestines, spine and ovaries,” she explained. “I asked them on the day of the diagnosis, how long she had to live and the nurse looked me in the eye and told me that their goal was to cure her,” she said.

A feeling of helplessness

Clinging to this hope, however, the parents learn that the disease has spread “as far as it could have done”. Apple, now five years old, had to begin treatment immediately, enduring numerous grueling rounds of chemotherapy, radiation and immunotherapy. “You feel helpless because you can’t do anything to make her feel better,” her mother confided. “She’s in the hospital, you’re with her, you’re holding her hand and she’s taking morphine and all the meds and you couldn’t do anything,” she sighed. A feeling accentuated by the fact of being in an oncology unit for children with other very sick children and their parents.

A hope of remission

“Even if you want to talk to these parents, you don’t because at the same time, you don’t want to hear from them,” she said. “If their child is sicker or terminal, you just don’t want to feel that way about your own child,” she lamented. However, Apple defied all odds and, a year later, is now nearing the end of its treatment. Some spots of the tumor and cancer that were in his blood and body are now completely gone. The young girl still has a few stitches in her bones, but Anthea hopes that by the end of 2022, her little girl will finally be in remission. “It was really encouraging to see how well she responded to the treatment and the doctors are really happy with her progress. They said it couldn’t have gone better”.

The support of an association

Looking back, Anthea thinks her baby girl wouldn’t be where she is today without the support of Spread a Smile, a charity that supports seriously ill children in hospitals, hospices and homes across the Kingdom. -United. “We are extremely grateful to Spread a Smile, they have supported us since the beginning for over a year,” she added. “She was so bad sometimes she couldn’t even cry, she was just lying there, not even watching TV, but one thing she did was make her evening Zoom calls with the charity “She slipped, specifying” It was the only thing that made her smile “.

The start of a new life

Apple is now taking advantage of its little sister, two-year-old Tallulah. Apple has also just started school. “Her hair is coming back, which she is very proud of. She loves to wear the uniform and is a confident and happy little girl,” her mother pointed out. “After spending so much time in the hospital over the past year, we were worried about how she would fit in at school, but she just settled in,” she said. 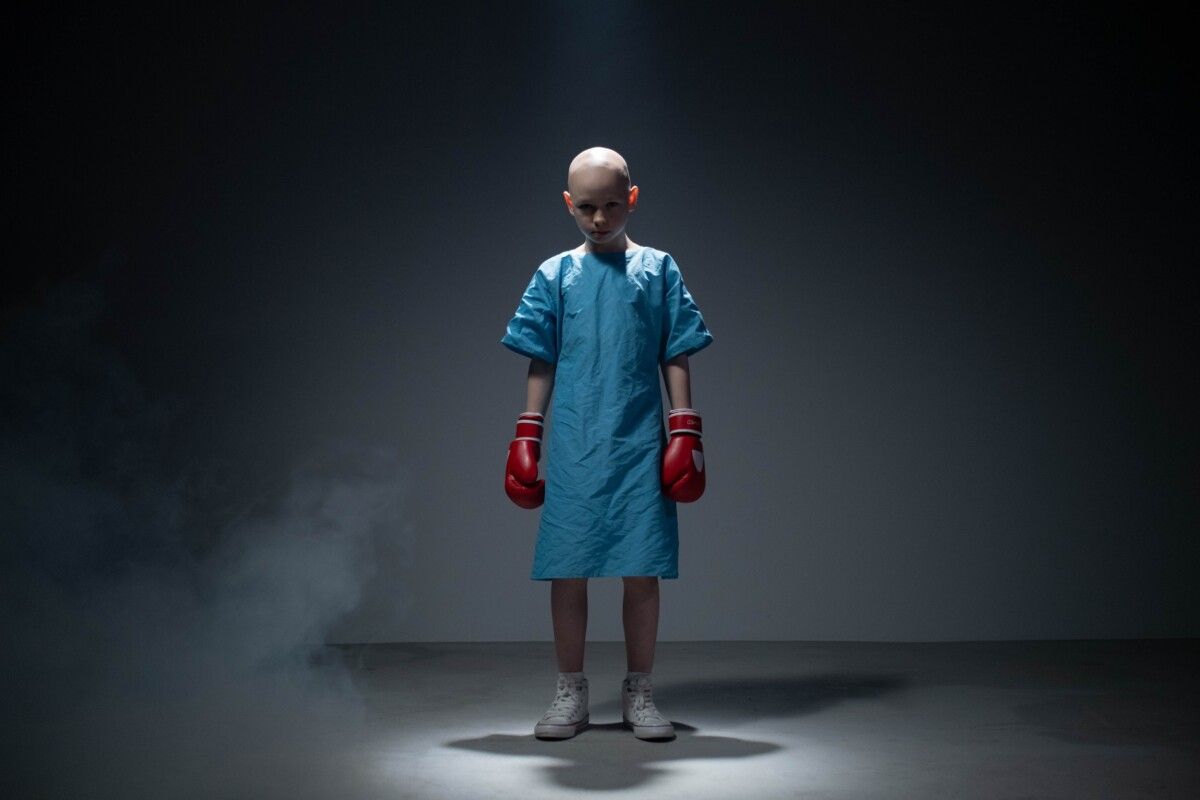