For Laura Donovan, there was nothing wrong with her one-year-old son, Johnny, drinking cow’s milk. Daily, his son drank between 0.8 cl to 1 litre, double the recommended 45 cl to 70 cl.

However, by the age of two, Johnny was becoming more restless, prone to tantrums, more tired and paler than most children of the same age. For this last point, Laura attributed her pallor to their Irish heritage and the cloudy climate of Oregon.

It was during an appointment with the pediatrician that he became particularly concerned about the combination of symptoms to the point of ordering a series of blood tests to determine the cause. The results showed that Johnny’s hemoglobin level fluctuated between 4.5 and 5.6, well below the normal threshold for a two-year-old child, which is between 10.9 and 15. Such a low level that the pediatrician suspected the onset of leukemia. In reality, Johnny suffered from a severe iron deficiency.

This high iron deficiency is explained by too frequent intake of cow’s milk, hampering the body’s ability to absorb this essential element to the body and causing exhaustion, pale skin, irritability, restlessness, lack of appetite, difficulty breathing and dizziness. “Of course he was always in a bad mood, never seemed well rested and had almost constant fits,” Laura wrote in the Daily Mail. “I suspected he drank too much milk, which satiated him, but I had no idea that excessive consumption could do so much damage,” she added.

In the same interview, Laura confided that her eldest son, James, had also gone through a very “milk” period and had therefore thought that it was perfectly normal. “I thought ‘Oh they know what their body needs’. Maybe it will pass, but I think I really did too much,” she said. Johnny’s anemia was so severe that the young boy eventually developed a heart murmur. Hailed as an essential source of vitamin D and calcium, thanks to advertising campaigns including the famous “Got Milk” in 1993, milk does not only have advantages.

A heart in distress

“Johnny constantly felt terrible but had no way of telling me. My husband and I regret assuming he was in a bad mood when his heart was literally in distress,” Laura said. “It’s probably a bad joke but I sometimes told my husband that milk was like a drug for him” she added, slipping “It really hurt him but it was the only thing he wanted and we we were a bit confused”. A common problem among American children, the anemia that Johnny suffered from was less classic. Only 2 to 3% of toddlers suffer from this specific type, but 7 to 9% have an iron deficiency, the cause of which is milk or another part of their diet. This lack of iron leads to a deficiency in hemoglobin, and without this protein, the red blood cells are unable to transport oxygen to other cells in the body.

Like most Americans, Laura struggled to hear that too much milk was a bad thing. “Johnny’s hematologist said most parents don’t know that too much milk can be a problem. We see our children every day but only doctors or a parent who sees them little, are able to notice worrying physical changes,” Laura said. Since then, Johnny has recovered from his heart murmur as well as his anemia. A month and a half of treatment including two iron transfusions and the taking of food supplements will have been necessary for this.

“From the first transfusion, he was a different person,” Laura said. His personality and behavior have become “classic” again, Johnny smiling “to everyone he meets, wanting to eat and waking up talking with his stuffed animals” she continued. Now the family has a list of iron-rich foods taped to their fridge and limits Johnny’s intake to well below the recommendations. “For the first time in his little life, I feel like I finally know the real Johnny,” concluded his mother. 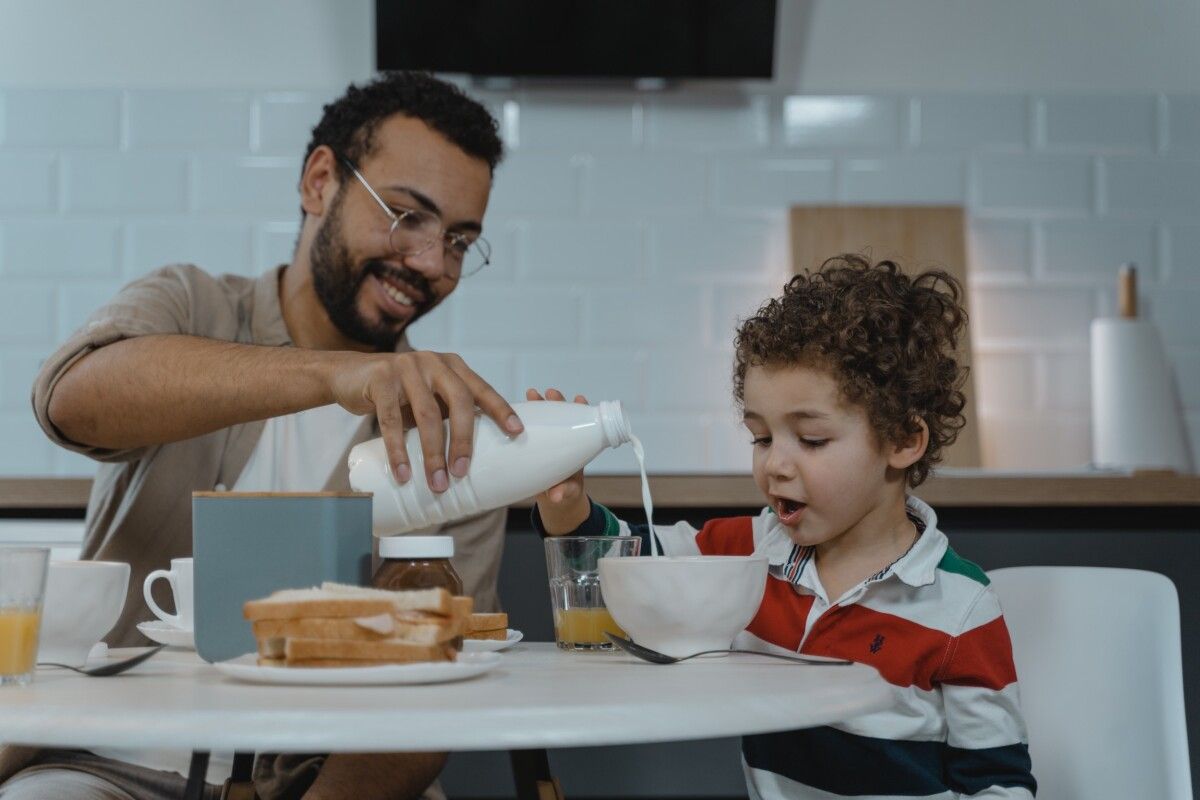