TESTIMONIAL. “I regained my sight and discovered my lover’s face for the first time”

It’s the year of her 18th birthday and Sophia looks to the future with confidence. She has just obtained her sesame for the university at the start of the school year in September, but her horizon is veiled one morning in May. She wakes up with blurred vision. Panicked, Sophia consults urgently. After several examinations, the diagnosis is made: she has keratoconus, a degenerative disease of the cornea which slowly deforms her and blurs her sight. Often, keratoconus only causes astigmatism. In the case of Sophia, the damage is unfortunately of great magnitude.

In August, she is blind. “It was terrifying waking up seeing nothing and now being completely dependent on others. My world fell apart in three months,” she recalls. But the young woman does not let herself be defeated. She begins as planned studies of psychology. And it was at university that she met Christian. The 20-year-old student becomes her friend, coupled with real support in the ordeal she is going through. And even more…

“I fell in love with his personality…but he’s so cute!”

While doing research, Christian discovers that an operation could restore Sophia’s vision. A miracle for the one who believed her blindness to be permanent. “He was present throughout my loss of sight. He took care of me without treating me like a patient. And then he helped me find a surgeon,” explains the young woman. Together, they opened an online kitty to raise the €19,000 needed for the operation and, in October 2018, Sophia was operated on at Rio Rancho hospital in the United States.

After long months of convalescence and rehabilitation, the student regained her sight in May 2019. For the first time, she discovered Christian’s face. “It was overwhelming, she remembers. His appearance didn’t matter. I had fallen in love with his personality. But seeing his face after all this time was great. He’s too cute and has a smile gorgeous. He’s even more attractive than I imagined!”

In June 2021, surrounded by their families and friends, the lovers united for life

Rid of the fear of being a burden, Sophia will declare her love to him the following year, in October 2020. A shared feeling. “As soon as I met Sophia, Christian confides, I was seduced. She is beautiful, intelligent, funny, and so combative!” Three months later, he proposed to her. In June 2021, surrounded by their families and friends, the lovers united for life. “Love is not looking at each other, it’s looking together in the same direction”, wrote Saint-Exupéry. Today, our two lovebirds can finally do both! 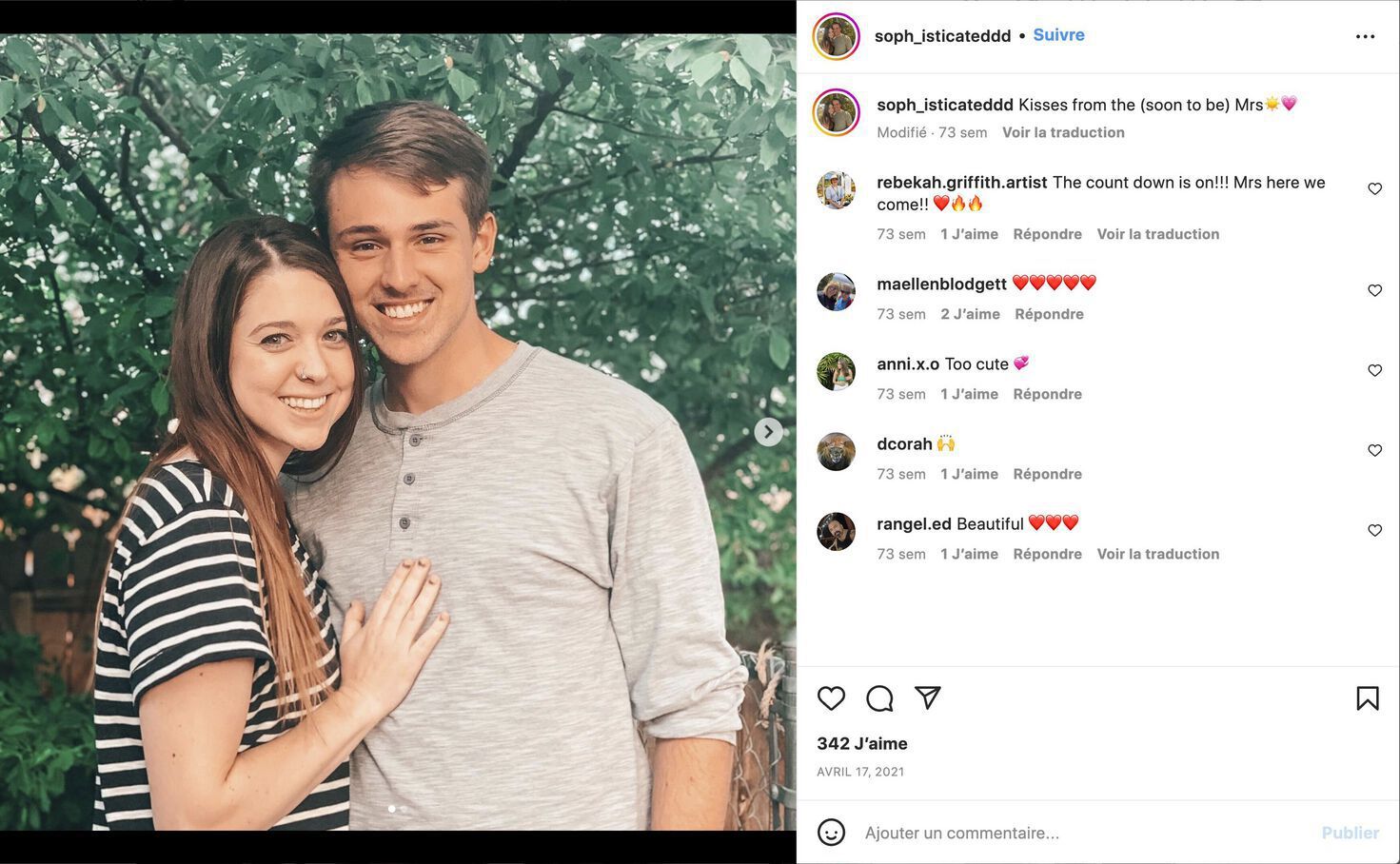