“Take it”: Kate Middleton scolded by Camilla Parker Bowles at the funeral of Elizabeth II because of Charlotte

Died on Thursday September 8, 2022 at the age of 96, Queen Elizabeth II reigned over England for 70 years, which is a record in the history of the British monarchy. As protocol stipulated, her funeral took place ten days later in London, on Monday, September 19, 2022. On that day, many foreign leaders came to pay their last respects to the late monarch of the United Kingdom, just like all members of the British royal family. Of course, the wife of King Charles III, Camilla Parker Bowles, who later became Queen Consort, was present at this international event.

Now first in line to the throne of England following the death of his grandmother, Prince William was also present at the funeral of the late Queen Elizabeth II. He was accompanied for the occasion by his wife, Kate Middleton, but also by his children, Prince George and Princess Charlotte. As usual, the eldest son of the Prince and Princess of Wales, who will one day ascend the throne of the United Kingdom, stood out at the funeral of his great-grandmother. In addition to his blue suit, which raised many questions, Prince George was cropped by Princess Charlotte because he did not respect the protocol enough for his taste.

According to the latest information released by the Daily Star on Monday October 31, 2022, Prince George tried to pinch his little sister when the British royal family lined up behind King Charles III. The young princess would then have cried out in pain, and would have turned around to look at her big brother. According to Jeremy Freeman, a lip-reading expert, Princess Charlotte then turned to the front to say, “Ouch!”. If some people were amused by this exchange, like Meghan Markle, who would have tilted her head to smile, this was clearly not the case for Camilla Parker Bowles. Annoyed by the incident, the Queen Consort was spotted frowning.

The wife of King Charles III finally pointed to Princess Charlotte, before turning to Kate Middleton to say: “Take her away.” A very furtive little exchange which was nevertheless captured live by British television. As a reminder, Camille Parker Bowles did not particularly appreciate Kate Middleton when the latter started dating Prince William in the early 2000s. According to the English media, she felt that the young woman was not worthy of joining the family. British royal. Camilla Parker Bowles would have even pushed the eldest son of King Charles III to leave his future wife in 2007. Finally, the heir to the throne of England reversed his decision only a few months later. He then married Kate Middleton in 2011. 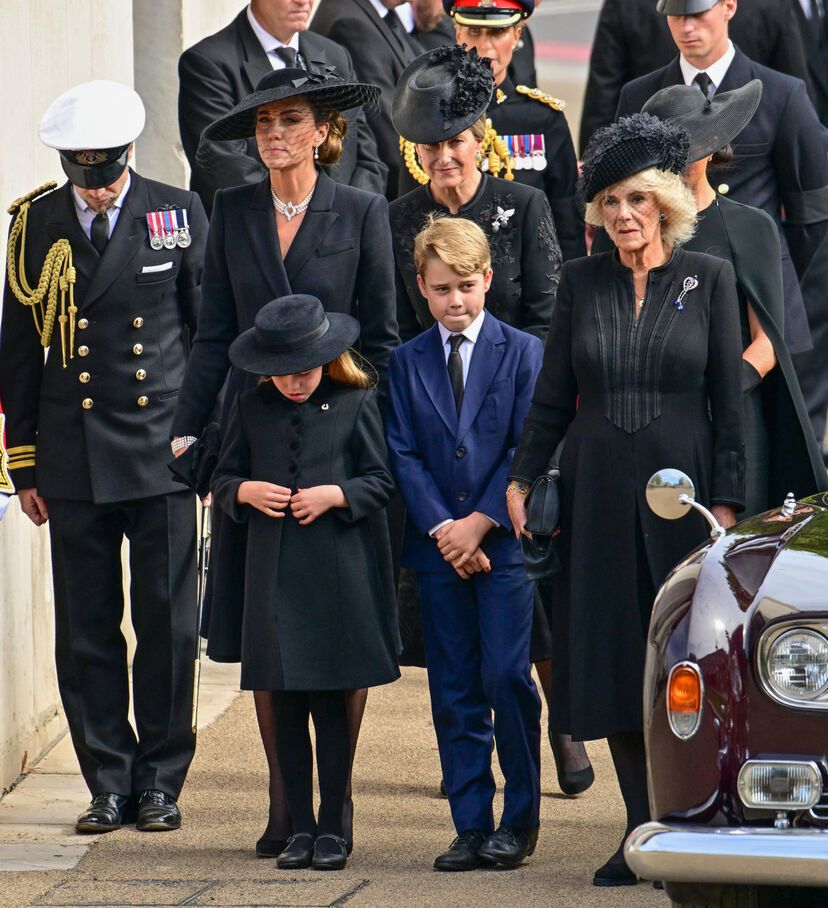