Sylvester Stallone: ​​against 100 euros, his mother could… read people’s buttocks

In the scale of unusual powers, the one possessed by the mother of Sylvester Stallone could be ranked very high. The latter, Jackie Stallone, had a most special gift. A great lover of the world of clairvoyance and astrology, Jackie Stallone quickly turned to exploring her abilities. And the least we can say is that the specialty she has found is to say the least… unique. Indeed, the mother of the famous actor has always refused to turn to classic clairvoyance. Exit then the coffee grounds, the lines of the hand, the tarot cards or the crystal balls.

Instead of all this, Jackie Stallone decided to turn to rumpology. You don’t know this practice? It’s normal: it’s simply the art of… reading the future in people’s buttocks. Very famous in the middle, the name of Stallone was therefore known for this long before Sylvester made a name for himself in the middle of the cinema. Far from hiding from practicing this unorthodox art, she even had a website to discuss her fascinating job. And her explanations were very clear: through the traces present on the skin of her clients’ buttocks, Jacqueline Stallone spoke to them about the place that love, luck or even money would take in a more or less distant future, for the price of 125 dollars.

Died in September 2020 at the age of 98, Jackie Stallone left behind devastated children, even if they were necessarily prepared for it. “This morning my brothers and I lost our mother, Jackie Stallone. She died in her sleep as she had wished. It was hard not to love her, she was a very eccentric and flamboyant person that ‘It was hard not to admire. My brother Sylvester took care of her all his life like she was a queen,’ said Frank, the actor’s younger brother, at the time.

For his part, Sylvester Stallone never spoke much about the death of his mother. It must be said that the actor is not well known for his waves of emotions. Known for his first roles in the blockbusters Rocky, Rambo or The Expendables, the 76-year-old actor has had a career that could not be fuller. Thanks to this, he has always been able to take care of his mother, like all his family. As was the case for Toni-Ann, his sister-in-law, who died of lung cancer in 2012. You will have understood: Sylvester Stallone had big muscles, but also a big heart. 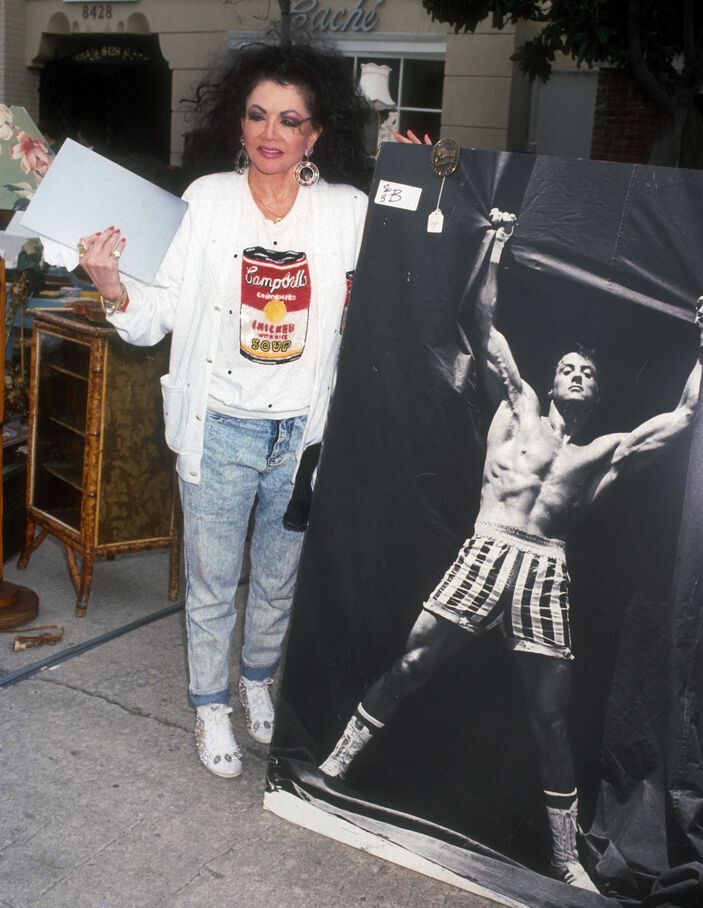