Sylvester Stallone: ​​after saving his marriage, the actor makes an important decision

To save his marriage with Jennifer Flavin, Sylvester Stallone makes concessions. The actor goes into overdrive. The big-screen star took a break from filming her latest film The Range to spend some time with her daughter Sophia. Tuesday, October 4, he published a photo of his eldest and him between two takes, cap on his head and T-shirt. “Pretty family”, “Superb photo, champion”, commented on Internet users. Sophia, a great support in these times of family storm: Jennifer Flavin has filed for divorce. A drama in which he finds comfort with his family.

This Wednesday, he posted a new photo from the set of The Range, with a dog under his arm. “Coming up against wild animals like Billie here is very dangerous, but I’ll try to be brave,” he wrote, referring to the Bichon. One thing is certain: Sly has regained his smile and the desire to laugh!

Sylvester Stallone and Jennifer Flavin got married in 1997. A third marriage for the one who embodies Rocky in the cinema and three daughters, after the births of Sage Stallone and Seargeoh Stallone. According to information from TMZ and Closer Weekly, it was on August 19 that the former model filed her official divorce petition in the court of Palm Beach, Florida. What does the former model reproach her husband for? According to TMZ, Jennifer Flavin would accuse the latter of having “dissipated, depleted and / or intentionally wasted marital property”.

And the former model had well determined the terms of the divorce. Jennifer Flavin is said to have asked to keep their Palm Beach home worth $35 million, but also to “prohibit Sylvester Stallone from selling, transferring, assigning, encumbering or dissipating any marital property pending litigation.” However, the tandem would have finally reconciled and would like to go a long way together.

This Sly tattoo that says it all

And the detail that caught the attention of the media is this tattoo of Sly on his biceps representing his wife… covered by the portrait of their dog Butkus. Neither one nor two, the spokesperson for Sylvester Stallone had then tried to dispel the rumors of separation of the couple. “Mr. Stallone had intended to refresh his wife Jennifer’s tattoo, but the results were unsatisfactory and, unfortunately, impossible to repair. As a result, he had to cover the original image with a tattoo of his dog in Rocky, Butkus,” the legal representative said.

Will Sylvester Stallone and Jennifer Flavin manage to save their marriage? Case to follow. 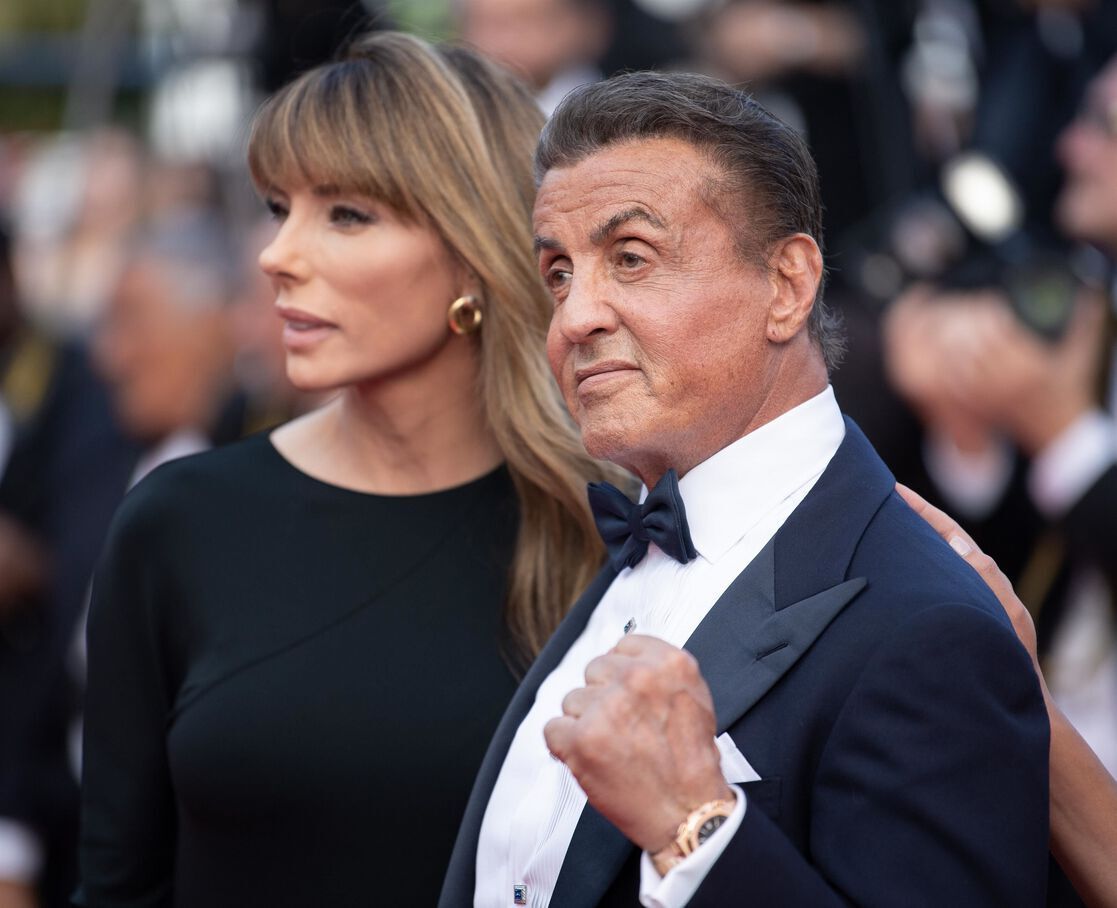