A risky job. While the coffin of Elizabeth II is currently on display in London, more precisely in Westminster Hall, the oldest hall of Parliament, a royal guard suffered a terrible illness during his shift. Standing for long hours, the man was filmed staggering before falling heavily to the ground overnight from Wednesday to Thursday, September 15. After collapsing, the royal guard was quickly taken care of by police officers present on the spot, according to information from the editor of the Royal Central. Broadcast live, the funeral wake of the former queen was interrupted for a few minutes. But the video still made the rounds on social media.

The body of Elizabeth II has been repatriated to England where her coffin will be exposed until Monday morning. The large public has the opportunity to parade there in order to meditate 24 hours a day. Before that, the Queen’s coffin spent a long time in Scotland, the country where she died. A procession also took place from Buckingham Palace, the official residence of Elizabeth II for her entire 70-year reign. The Westminster Hall, where she has been resting since Wednesday, is open to the public without interruption. The national funeral does not begin until this Monday, September 19, from 6:30 am.

I hope the poor guard who fainted at the Lying-in-State is okay! #lyinginstate #WestminsterHall #QueenElizabethII pic.twitter.com/DX3Rcgj3a7

The statements can sometimes be delayed

In the middle of this impressive hall of the British Parliament, the coffin of the Queen, draped with the royal standard, is exposed on an imposing catafalque. Above is displayed the Imperial Crown which was given to Elizabeth II at her official coronation in 1953. Around the coffin are many guards, including the famous Imperial Guardsmen, dressed in red and with their long black caps in bear hair, known throughout the world.

While the Royal Central site indicates that the latter are on duty for 20 minutes before having a 40-minute break, it would seem that the relief is sometimes irregular, which would have led this guard, forced to remain immobile for too long, to have a faintness. It must be said that since this Wednesday, tens of thousands of Britons and tourists from all over the world have gathered in large numbers to bid farewell to Elizabeth II. A queue of several kilometers extends within the London capital.

A rotation of the guard takes place in Westminster Hall where Queen Elizabeth II is Lying-in-State. These take place every 20 minutes. Guards have 20 minutes on duty, and 40 minutes off duty. pic.twitter.com/rQ2wTHWpR7

The British will thus be able to meditate on the remains of the Monarch day and night until Monday, September 19, when the funeral of Elizabeth II will be organized. Three hundred dignitaries from around the world were invited. Russia, Belarus and Burma, on the other hand, were not invited. The British will be able to take advantage of a public holiday to say a last goodbye to their Queen. At 10:44 a.m., his coffin will leave the Palace of Westminster for the Abbey where the funeral service will take place. Following this ceremony, the body of Charles III’s mother will leave in procession to Wellington’s Arch and then to Windsor. Again, a procession will take place to the Saint-George chapel. This event, which promises to be grandiose, will be followed by the media all over the world. And not to be missed under any circumstances. 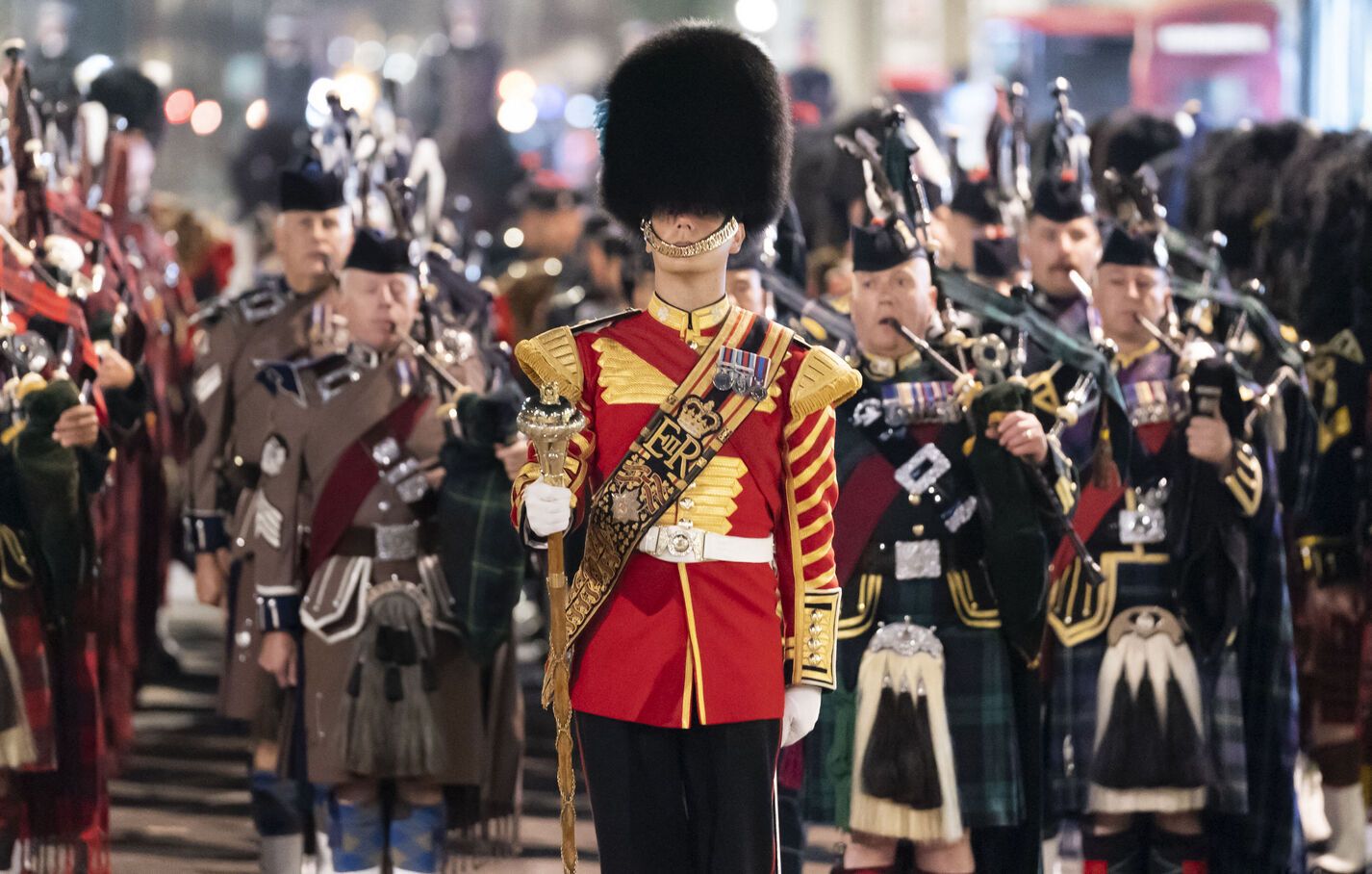