Maghla is a 28-year-old streamer who has been live on her Twitch and Youtube channels since 2017. Very active, she regularly shares with Internet users and seems to take a lot of pleasure in doing so. This Monday, October 24, she shared a message on her Twitter account to denounce something that particularly upsets her. “I’m coming out of live, I’m checking clips… I see this. I’m going to twist ???”, she wrote in the caption of a photo on which we can see it. What bothers her? The title of the video. “Shiny breasts cleavage”, can we read. In the comments, the young woman continues her explanation. “And there are LOTS of clips. But you never seen women, you crazy bunch?”, she asks before specifying: “For years I have prevented myself from putting what I want live because comments are lazy (and that’s not normal). Today, I didn’t want to put a big t-shirt on my outfit of the day… well done guys, always a pleasure”. A discovery that bothered the main concerned and she therefore wanted to take the opportunity to rant in another message, explaining that she is not the first, the only or the last to be a victim of this kind of thing. .

Maghla had things to say. “I’m tired and it’s time for me to explain to you,” she began. “I’ve been streaming for years and I open my mouth about 10% max of the problem, because apparently you have to ignore it for it to pass”, she continues before adding: “In everyday life I dress in oversize because I like it but I also wear crop tops or necklines”. However, the young woman indicates that she “changes before my live” to avoid unpleasant comments. This message is also an opportunity for her to show her daily life and what “she lives 24 hours a day”, she says. “On REDDIT, there are whole pages of people role-playing sex pretending to be me, making whole topics about a piece of skin sticking out or stuff they find hot when really, it doesn’t There’s nothing”, she laments before indicating: “There are also montages on pono actress bodies”. On forums, Maghla was able to find “hundreds of pages of people jerking off to my photos and posting them. Literally,” she revealed. In a private message, she specifies receiving “penis photos” on a daily basis. Same when it’s live. The young woman assures that many of her Internet users are “adorable” but she still has to deal with some, who have come to comment on her physique and fantasize about “a little piece of skin. When you have the misfortune to have a cleavage or sometimes just the shoulders and arms visible”, she lamented. A subject she could talk about “for hours”.

I leave live, I check clips I see that I’m going to twist ??? pic.twitter.com/2zy61ppJSW

Maghla: why did she want to speak publicly?

Streamers and youtubers are constantly victims of inappropriate remarks about their physique and they wanted to break the silence. Maghla felt the need to justify himself on his Twitter account. “Between cum pics on pics of mine/montages of my head on actresses taking 3 dicks/insults/threats as soon as I show some skin and still full of joy,” she said. writing. Accused of putting on clothes to attract people, the young woman explains: “The more skin I show, the more sanity I lose in fact”. An unbearable situation for her. “What I’m going through, all the streamers are going through it and we keep our mouths shut 24/7,” she concluded. In the process, it was other young women who came out of the silence, including Charlie Danger, who confided that he had attempted suicide.

I’m tired and it’s time for me to explain. I’ve been streaming for years and open my mouth about 10% max of the problem, because apparently you have to ignore it for it to pass.⬇️⬇️⬇️ 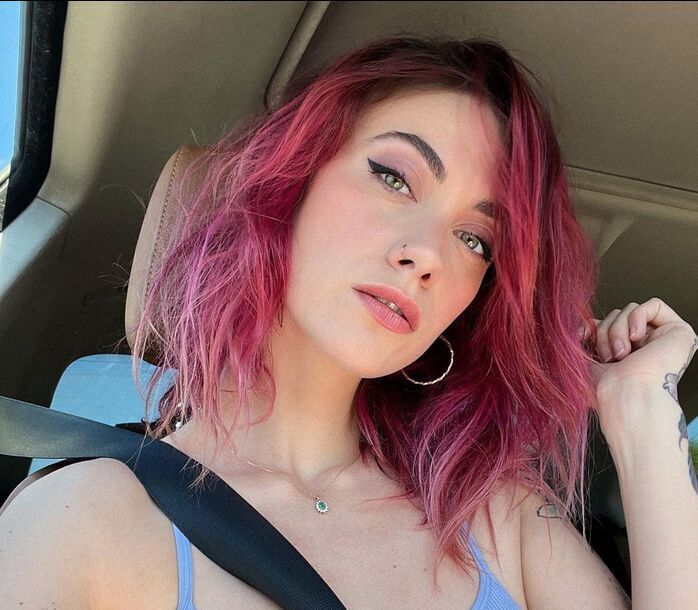