Already the mother of two children, twins, Michella Meier-Morsi felt fulfilled. Nevertheless, with his companion, the desire for a third and last child was felt. But when Michella becomes pregnant, a big surprise awaits her…

Thinking of welcoming a little boy or a little girl, Michella finds herself in shock when she learns that it is not one child but three who will soon join the twins and the couple.

Three instead of one

It was on TikTok, in a video, that Michella Meier-Morsi chose to share the news, captioning her clip with “When you have twins and decide to have ONE more baby”. A few seconds later, the young mother added “And you get TRIPLETS! “. After this revelation, one person noted in the comments: “This is the exact reason why I never tried to have a child again after having natural triplets! I was sure that I would have twins in the next pregnancy.” A second person confirmed: “I know a woman who gave birth to twins in January and triplets in December of the same year.” A last added to have had his tubes tied after his twins to avoid such a surprise.

Now, Michella’s triplets are six months old and all three are strong and healthy. However, before giving birth at 35 weeks and 3 days, Michella felt a lot of anxiety, especially about the size of her belly. “I clearly remember how scared I was when the last pregnancy photo was taken,” she noted on a video, which went viral, where she revealed her imposing belly. “I was terrified that the boys were as big as the ultrasounds said and deep down I was terrified that we weren’t bringing them all home,” she added. Michella also spoke about the pain she felt towards the end of her pregnancy, pointing out that “the pain was just not as intense as the fear of misfortunes and the well-being of babies”.

Indeed, until the last moment, Michella fears that something will happen to her triplets. “I was so scared that the day before I asked if they couldn’t allow me to wait a few more days before giving birth, but that was out of the question,” she explained. Under his video, the comments were made numerous, in particular about the size of the belly of Michella, very impressive. “I had my breath taken away during the first video. It’s absolutely crazy! wrote one person while a second commented “Never EVER have children”. A third concluded “It’s like a big sausage! In the right direction ! I just won’t do that.” 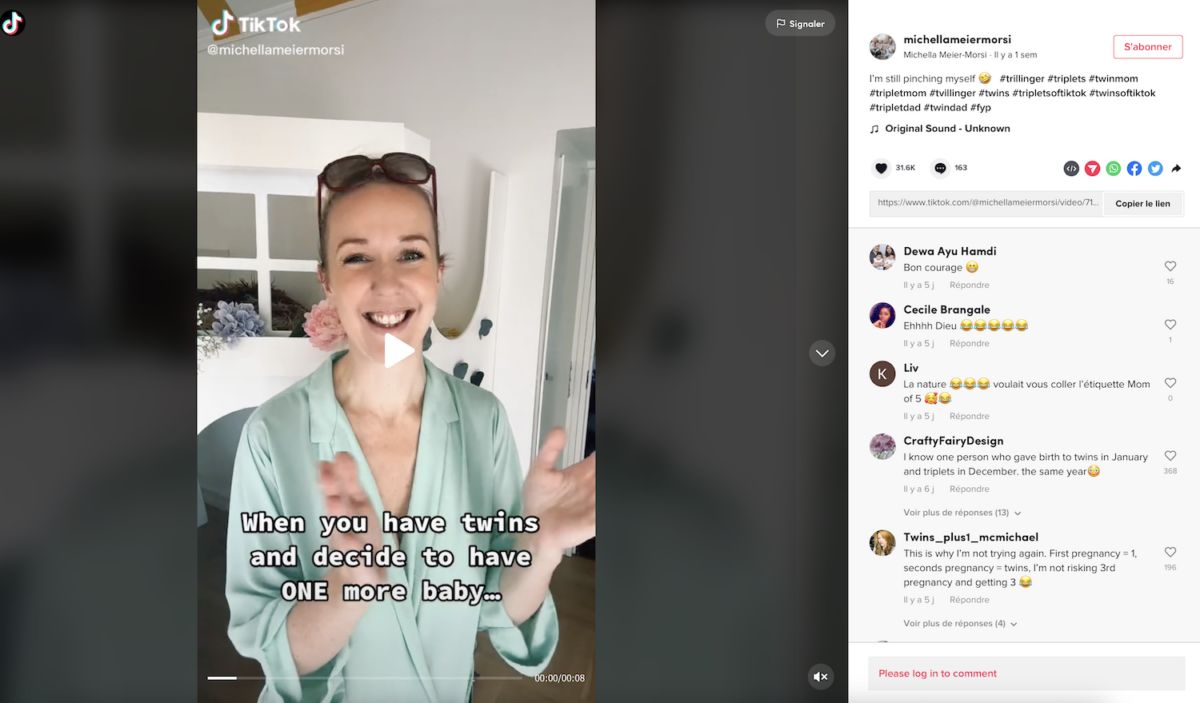