Shanna Kress mom: she gave birth to her first child, her sex and first name revealed

Congratulations Shanna Kress! After a long journey full of pitfalls, the reality TV candidate has finally given birth to her first child. It was on November 27, 2022 that Alicia, whose real name was, announced the happy news. Via her Instagram account, Jonathan Matijas’ companion has indeed published an adorable snapshot accompanied by the following text: “Baby LOÜKA MATIJAS was born. The happiest day of our lives has arrived, our son is by our side”. “Since your birth we know what it means to be proud and fulfilled, we have become your Dad and your Mom, continued the happy mom in the caption of the first photo of her son. And since your parents have been waiting for you all their lives, we decided to cut ourselves off from the world, to create a bubble of love to enjoy every second of your arrival and to learn how to be the parents you deserve.

Following this superb announcement, the happy parents explained the reason for their absence on social networks. “For almost a week we have joined our little cloud.. and we don’t know when we will go back down there… But for our memories, as much as to please those who support us and at the sight of the messages that we receive, who also love us, added Shanna Kress and Jonathan Matijas. We will share a video on our YouTube channel as soon as possible in which we will discover the birth and our stay in the maternity ward.” As a reminder, Shanna Kress and Jonathan Matijas had already revealed the sex of their baby.

It was indeed during a superb gender reveal organized in July 2022 and unveiled on their Youtube channel that the lovers had announced that they were expecting boys. They also took the opportunity to reveal the names of their children: Christopher and Louka. A Croatian first name, linked to Jonathan’s origins. With the arrival of baby Louka, Jonathan Matijas and Shanna Kress can finally turn the page on the drama they experienced during pregnancy. After medical examinations, the young parents had indeed discovered that one of their children had trisomy 21. After a long period of reflection, they had thus decided to interrupt his growth. Shanna Kress had then resorted to a voluntary termination of pregnancy.

Shortly after the tragedy, Shanna Kress spoke. “We’re taking back our life, slowly slowly. We’re starting to have a little smile again. There you have it, we have to”, she continues before adding: “We really wanted to thank everyone because it’s true that it’s It was a complicated moment, but many of you sent us messages of support and it was all positive, so thank you all,” she said. Getting her head out of the water, the 35-year-old woman had to end her pregnancy in bed. So many difficult trials that she hopes behind her. One thing is certain: the arrival of Luka in the family is a real breath of fresh air. But now, bottles and diapers will invade their daily lives. The one who wants at all costs to find her pre-pregnancy body will therefore have to find the right rhythm to pamper! 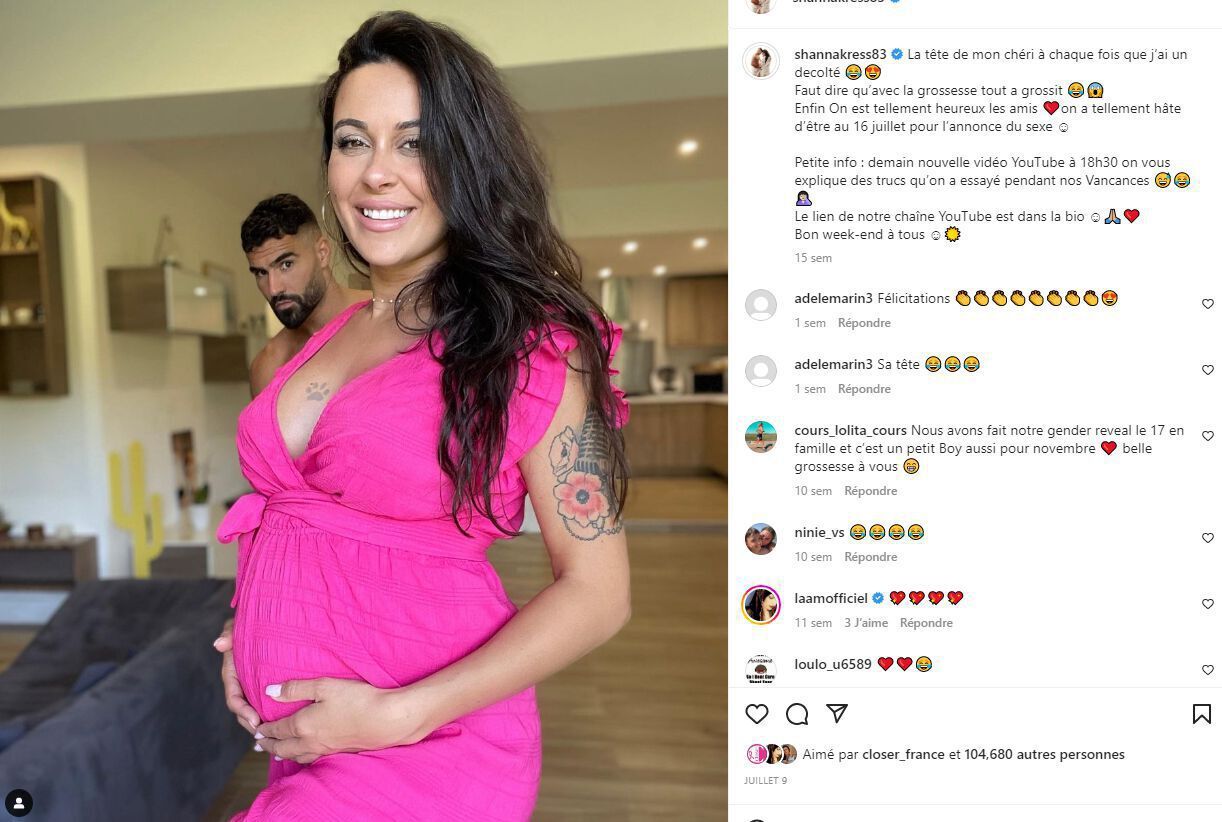