Sean Penn is in mourning. This Sunday, October 9, the mother of the American actor, Eileen Ryan, died at the age of 94, a few days before his birthday. “We lost mom yesterday,” tweeted Michael Penn, Sean’s brother and one of the actress’ three children. Chris Penn, the youngest son of the siblings and also an actor, died in 2006 at the age of 40 from heart disease and drug abuse. We had seen him in particular in Rusty James and Reservoir Dogs.

Born October 16, 1927 in New York, Eileen Ryan was an actress like two of her sons, and appeared in many series. She notably obtained roles in the Fourth Dimension in 1959, The Little house on the prairie, in 1974 or in Bonanza in 1961, 1962 and in 1972. More recently, viewers had been able to see her in Emergency, Ally McBeal, New York Police Blues, Providence or even FBI: Missing.

Eileen Ryan had acted in several films of her son Sean

On the cinema side, Eileen Ryan has played in films like My mother, me and my mother, with Natalie Portman and Susan Sarandon, in 1999 or Magnolia, by Paul Thomas Anderson, the same year. His last role on the big screen was in 2016, in Warren Beatty’s film The Exception to the Rule.

The actress had also played in several films of her son Sean Penn: The Indian Runner in 1991, Crossing Guards in 1995, as well as The Pledge in 2001. In 1986, she also played alongside two of her three sons, Sean and Chris Penn, in James Foley’s film Like a Rabid Dog, where she played … their grandmother. 15 years later, she again played a role alongside Sean in Sam, I am Sam, released in 2001.

Eileen Ryan was married to Leo Penn until his death in 1998. After meeting in 1957 during rehearsals for The Ice Cream Man Has Gone, the couple had three children together: Michael, Sean and Chris. Actor and director, Leo Penn had notably directed the film A man called Adam, a musical drama released in 1966, and in which we find the famous musicians Sammy Davis Jr and Louis Armstrong. 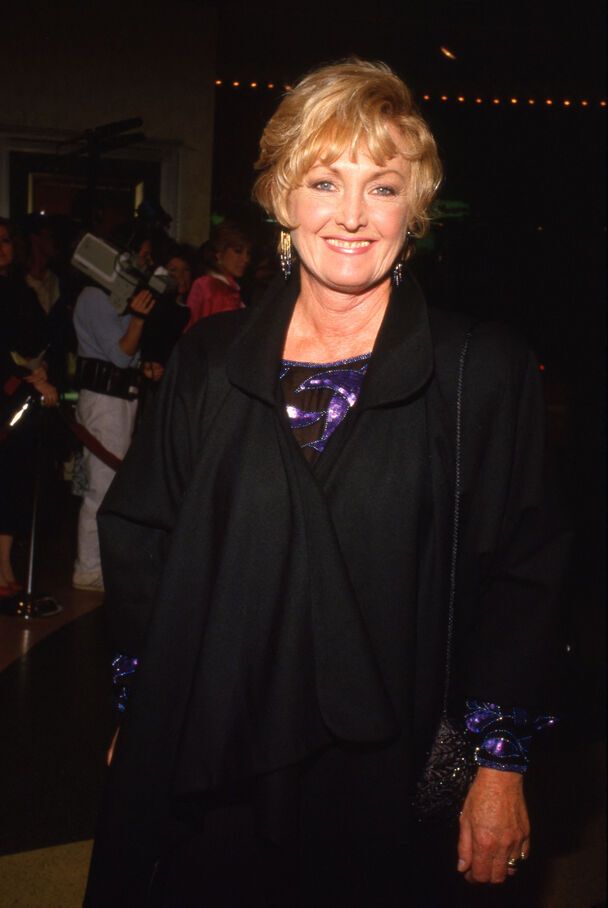