Scarlet dress and tiara: Kate Middleton dazzling during an official evening in the midst of controversy

This is the very first diplomatic reception organized in Buckingham for more than three years. On this occasion, Kate Middleton has put the small dishes in the big for her outfit. Indeed, the Princess of Wales wore a dazzling embellished red dress by Jenny Packham. With a tiara that she already wore during a diplomatic reception in 2013 and in 2015 for the Chinese state banquet and elegant earrings belonging to Queen Elizabeth II, Prince William’s wife hit the mark with his look. Kate Middleton had also embellished her outfit with a blue belt of the Royal Victorian Order and the Order of the Family of Fire.

Subsequently, the couple joined King Charles III and the Queen Consort in celebrating one of the greatest diplomatic corps in the world. Meanwhile, in the United States, it was Meghan Markle who captured all eyes. Indeed, the Sussexes attended the Robert F. Kennedy Ripple of Hope Award gala in New York. Meghan Markle and Prince Harry have received an award for their work on racial justice, mental health and charitable works from their association Archewell. The former actress was dressed in a beautiful white dress, with bare shoulders. With a low bun, the wife of Prince Harry was sublime. To complement her outfit, she chose black accessories.

Meghan Markle hits the mark with her outfit in New York

Despite the tensions and threats of the new series of Meghan Markle and Prince Harry, Kate Middleton remained proud during this diplomatic reception. But behind the scenes, it is rumored that the Princess of Wales is worried. And for good reason: during the broadcast of the teaser for the series, Prince Harry utters this sentence: “Nobody sees what is happening behind closed doors, I had to do everything I could to protect my family”. Subsequently, the face of Kate Middleton is broadcast. A photo taken in Westminster Abbey in 2020 for Commonwealth Day.

According to Bertrand Meyer-Stabley, author of a biography dedicated to Kate Middleton, Prince William’s wife fears a “potential nuclear bomb” that Meghan Markle could drop. “The only thing William’s wife fears about her sister-in-law is this diary which the Duchess of Sussex kept during the eighteen months she was in England before leaving for the United States “, argued the expert. “Too negative information” that could harm Kate Middleton. “It could be embarrassing for the Princess of Wales.”

Faced with this threat, many royal experts are already criticizing the project of Meghan Markle and Prince Harry. Like the editor-in-chief of the New York Post denounces the behavior of the Sussexes. For Maureen Callahan, Harry and Meghan are “immature losers who feel sorry for themselves and the Netflix trailer is spoiling Kate and William’s visit to the United States”. She clarifies that they “may win the public relations battle but they will lose the real war against the royal family of England”. 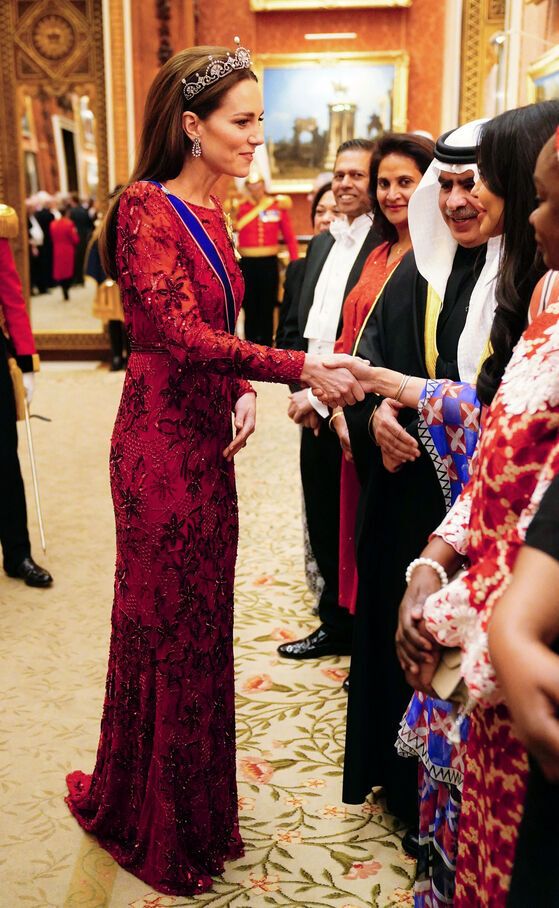