“Sal****”: the surprising confidences of Meghan Markle in her latest podcast

Meghan Markle released her eighth Archetypes podcast for Spotify on November 8, 2022
The Duchess of Sussex had made many revelations
She had spread out on the meaning of the word “bitch”

In her latest podcast Archetypes for Spotify, Meghan Markle was particularly cash. The Duchess of Sussex indulged in many revelations including what she thought was the definition of the word “difficult” and “bitch”. According to the Daily Mail, the 41-year-old allegedly claimed that strong-minded women were called ‘difficult’. Which would actually mean “sluts”. “Not everyone is going to like you, but they have to respect you,” she also claimed. In her elation, the Duchess confessed that she especially hated the word ‘upstart’. Reason why she moderates her behavior in order to avoid being perceived as such. “What these people are implying when they use that very loaded word is that this woman, ‘Oh, she’s difficult.’ Which is actually just an understatement or probably not even an understatement. It’s actually a code word for the ‘B’ word,” she pointed out, referring to people who wanted to use the word ‘bitch.’

In this podcast, Prince Harry’s wife assured that her friends had started to adopt the “B**ch or Sal*** word”, but that she refused to do the same and preferred to call it “B word “in the show. Under no circumstances would she use that word except to refer to a female dog. Determined to empty her bag, Meghan Markle remembered what people said when she was a child: “sticks and stones can break your bones, but names will never hurt you”. She claimed that was totally untrue since the names could genuinely hurt. Only, Archie and Lilibet’s mother claimed that in her case, she turned the pain of the “B-word” into motivation to achieve her goals.

In this eighth episode of her podcast entitled “To ‘B’ or not to ‘B'” published on November 8, 2022, Meghan Markle spoke with business leaders and entrepreneurs. Among them was Starbucks president Mellody Hobson. Note that Mellody Hobson is the first black woman to have chaired an S&P 500 company. Mellody Hobson is also the wife of George Lucas, the creator of the Star Wars saga. There was also Victoria Jackson, the makeup mogul. Very close to the Sussexes, Victoria Jackson claimed to have been “raped and stabbed” by the infamous “pillowcase rapist” in the 1970s, according to the Daily Mail.

Many topics were discussed by Meghan Markle and her guests such as the definition of being a “diva” with Mariah Carey or even the myths of the single person with Mindy Kaling. Of course, Meghan Markle also indulged in some personal revelations, including the fact that her favorite show growing up was Jeopardy. 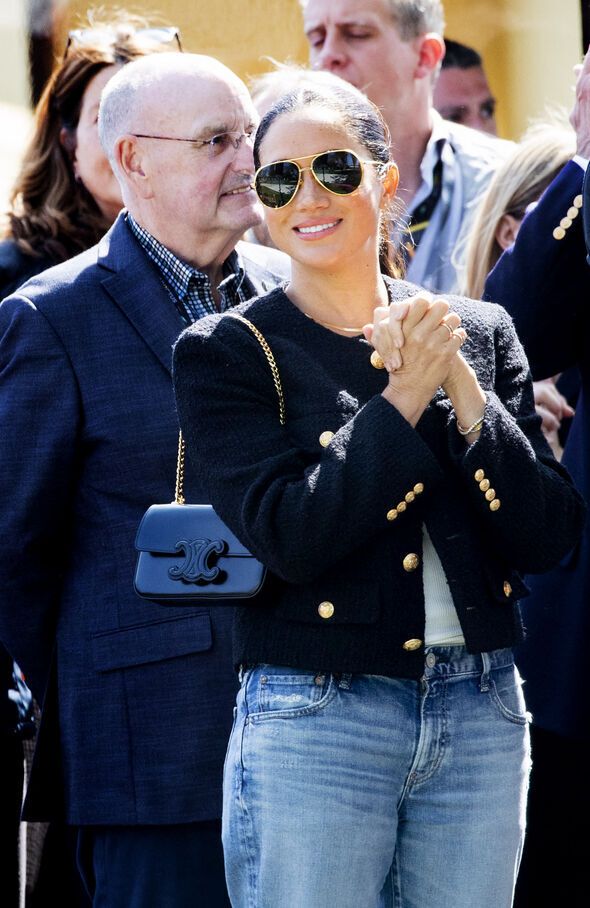