Ragnar Lodbrok: how did the famous Viking die?

During season 4 of Vikings, fans had the sadness to witness, behind their screen, the death of the main character of the series, Ragnar Lodbrok. This scenario was straight taken from the Vikings sagas. In summary, the Norse king died by being thrown into a pit of poisonous snakes. But the character himself calculated his own death, and thus struck a final blow before disappearing.

Ragnar Lodbrok’s character appeared in the very first season, as a farmer. He sailed west and led raids on England. Subsequently, he defeated his enemies and became count of Kattegat, then king. This fantastic destiny darkened in season 4, which caused its downfall. Indeed, the main character became a drug addict, suffered a defeat in the second siege of Paris and disappeared from Kattegat for several years. After that, upon returning to Kattegat, Ragnar Lodbrok was weakened and resorted to searching his horde for treasure. A storm destroyed his ships, leaving him to arrive at his destination with no allies except Iva.r the Boneless, his disabled son. Ragnar thus died without posing a real threat but still caused great damage to England. He himself spoke of a “wider and bolder strategy”.

Ragnar Lodbrok desperately wanted revenge before he died, following the massacre of the Viking settlement that had taken place years before. His plan ? Make Ecbert believe that he forgave him so that the latter delivers him to Ælle and thus leaves his son Ivar free. He actually asked Ivar to get revenge on them.

By this fact, Ragnar Lodbrok chose to guide the destiny of his sons by giving them the objective, somewhere, to avenge his death. Also, he gave them the rallying cry so they could raise up the great heathen army.

The ‘real’ death of Ragnar Lodbrok according to legends

Beyond the series, a true legend hides behind the character of Ragnar Lodbrok. The latter tells that Ragnar Lodbrok was a Nordic king who inspired the Vikings TV show. His victories and his death are thus told in this legend. Ragnar Lodbrok conquered England and was eventually defeated by King Aelle. Much like in his character’s final scene in Season 4 of Vikings, he was said to have been thrown into a snake pit.

Despite such precision in telling the story of Ragnar Lodbrok, little evidence exists to prove that he was a real person. In reality, evidence assures the existence of his sons, specifically Ivar the Boneless. Historians therefore believe that the Norse King Ragnar was actually a combination of three different historical figures. He would in fact be the ‘mixture’ of Horik I of Denmark, King Reginfrid and Reginherus. The real King Horik is said to have been killed by his brother, King Regindrid died in battle, but there is little evidence of Reginherus’ death, although many believe he died after fighting. 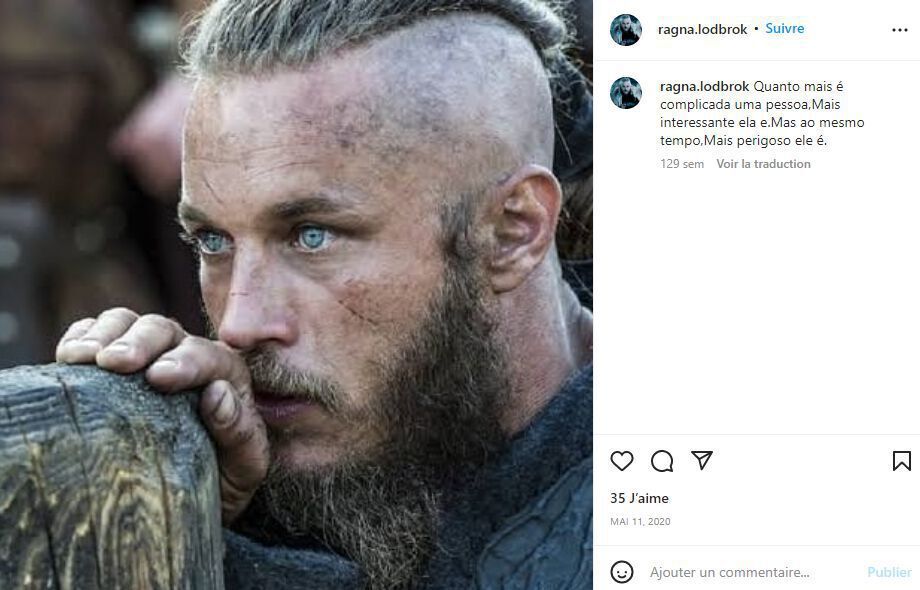