Prince William: his tender gesture towards Kate Middleton during the ceremony in Westminster

The Royal Family gathered in Westminster Hall to pay their respects to Queen Elizabeth II
Prince William was present with his wife, Kate Middleton
The Prince of Wales had a tender gesture for the attention of his wife

A gesture of comfort. This Wednesday September 14, a solemn procession accompanied the coffin of the late Queen Elizabeth II, who died this Thursday September 8 at the age of 96. In the heart of London, the British royal family walked from Buckingham Palace to Westminster Hall, the oldest house in the British Parliament. A place where the monarch will rest until her funeral, which will take place this Monday, September 19.

After the procession, members of the Royal Family paid their further respects to the Sovereign in a short religious ceremony in Westminster Hall. A moment in which participated the two sons of King Charles III, Princes William and Harry. Both were accompanied by their wives, Kate Middleton and Meghan Markle, who were also very moved during the ceremony. Prince William also wanted to comfort his wife by allowing himself a tender gesture towards her. The new Prince of Wales has indeed put his hand on the back of the mother of his three children, who, for her part, made a bow to the Queen when passing in front of her coffin.

For his part, Prince Harry also had a gesture of affection towards his wife. Placed behind Prince William and Kate Middleton, the couple remained standing like all the others, before leaving the place, allowing themselves a tender gesture, but which goes against protocol: they took hands to make the short way to the car that took them back to Buckingham Palace.

A gesture that may seem trivial but which goes against royal protocol. Indeed, the latter requires that family members do not show too many gestures of intimacy in public and do not touch each other too much. But since 2020 and their departure for the United States, Prince Harry and Meghan Markle have renounced their royal titles, which therefore gives them the right to hold hands in public if they wish. We had seen them hand in hand during the jubilee of Elizabeth II, last June, but also a few days ago, in Windsor. This Saturday, September 10, they had indeed gone out to greet the crowd outside the castle, and had hardly let go, cutting with the distance established between Prince William and Kate Middleton. 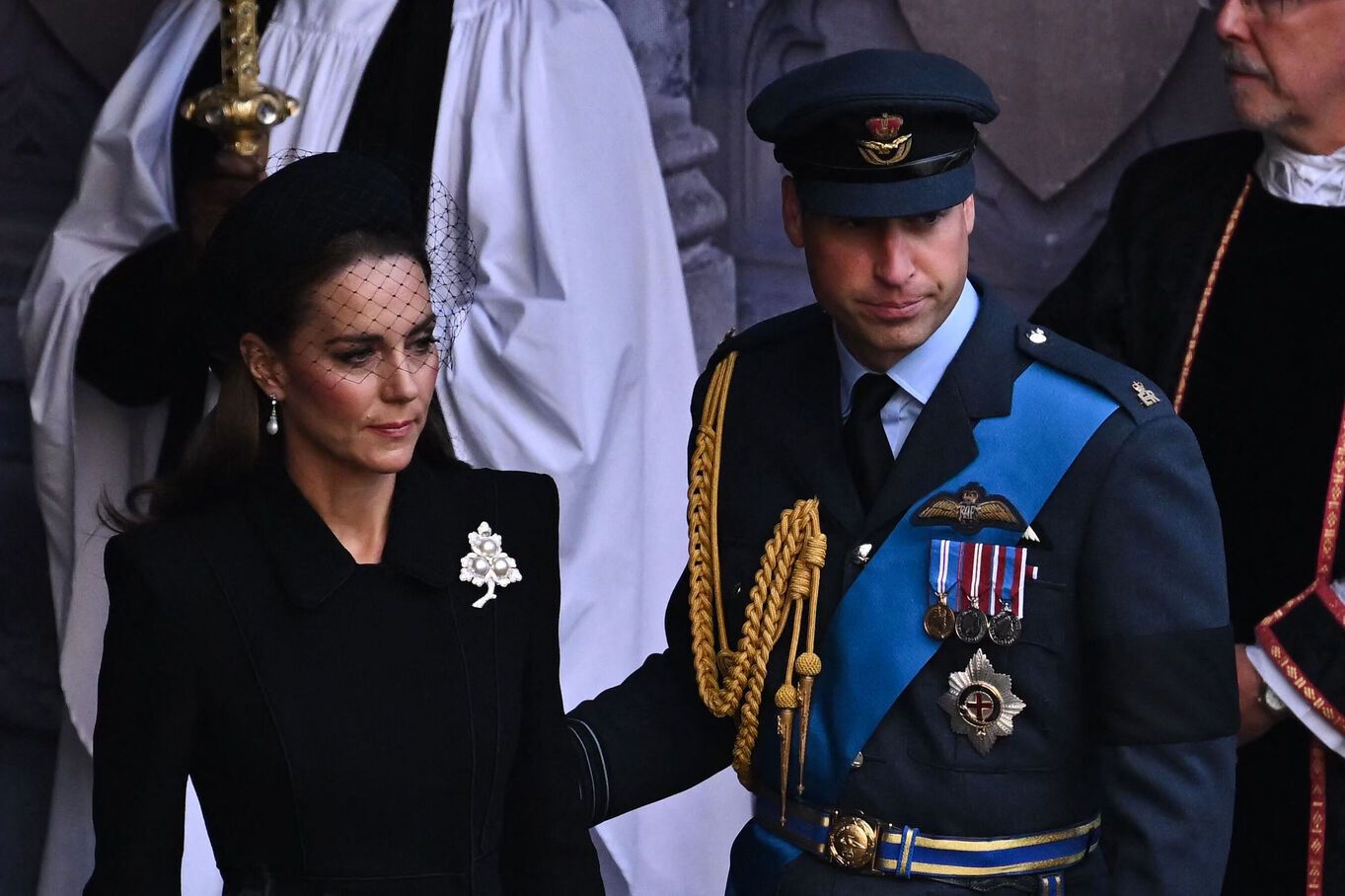