Prince Harry devastated: this last minute change to his uniform that broke his heart

Prince Harry, flanked by his cousins, Princesses Eugenie, Beatrice, Lady Louise and Zara Tindall as well as Peter Phillips and Viscount Severn, watched over the coffin of his grandmother, Queen Elizabeth II, at Westminster Hall, September 17. For the occasion, he was allowed to wear his military uniform, which he could no longer do since he was no longer an active member of the royal family. However, one detail, missing from his uniform, deeply affected him.

Prince Harry: initials dear to his heart, absent from his uniform

On the uniforms worn by those “in the service” of the British monarch, the initials “ER” of the Queen, are traditionally embroidered. However, as noted by The Mirror and The DailyMail, on September 18, they were removed from Prince Harry’s uniform. “He is heartbroken. Removing his grandmother’s initials seems very intentional,” said a friend of Prince Harry relayed by The Mirror. This was truly experienced as a “humiliation” by the Prince of Wales’ brother because the Queen’s initials were not removed from the uniform of Prince Andrew, who has also been deprived of this privilege since the Epstein affair. That’s what made him consider skipping his military uniform for the vigil, according to The Mirror.

It was his father, King Charles III, who arranged for his son Harry to don his military uniform, in this time of national mourning, given the wishes of his beloved mother. According to a royal family source, “The King has the utmost respect for his two sons and their dedication to their military careers.” And to add: “The Duke of Sussex wears his uniform as a sign of respect for his beloved grandmother, but also for the Queen and the country he has served for a decade. The whole family is convinced that this was the right and correct decision.”

The queen’s “favorite grandson”, upset by her disappearance

These initials removed from his uniform are all the more difficult to digest for Prince Harry, who was considered “the favorite grandson” of Queen Elizabeth II, with whom he had a privileged relationship. According to The Mirror, King Charles III’s decision was driven by public demands. According to the British daily, some Britons felt it was unfair that Prince Andrew was allowed to wear his military uniform at the Princes’ vigil on Friday. 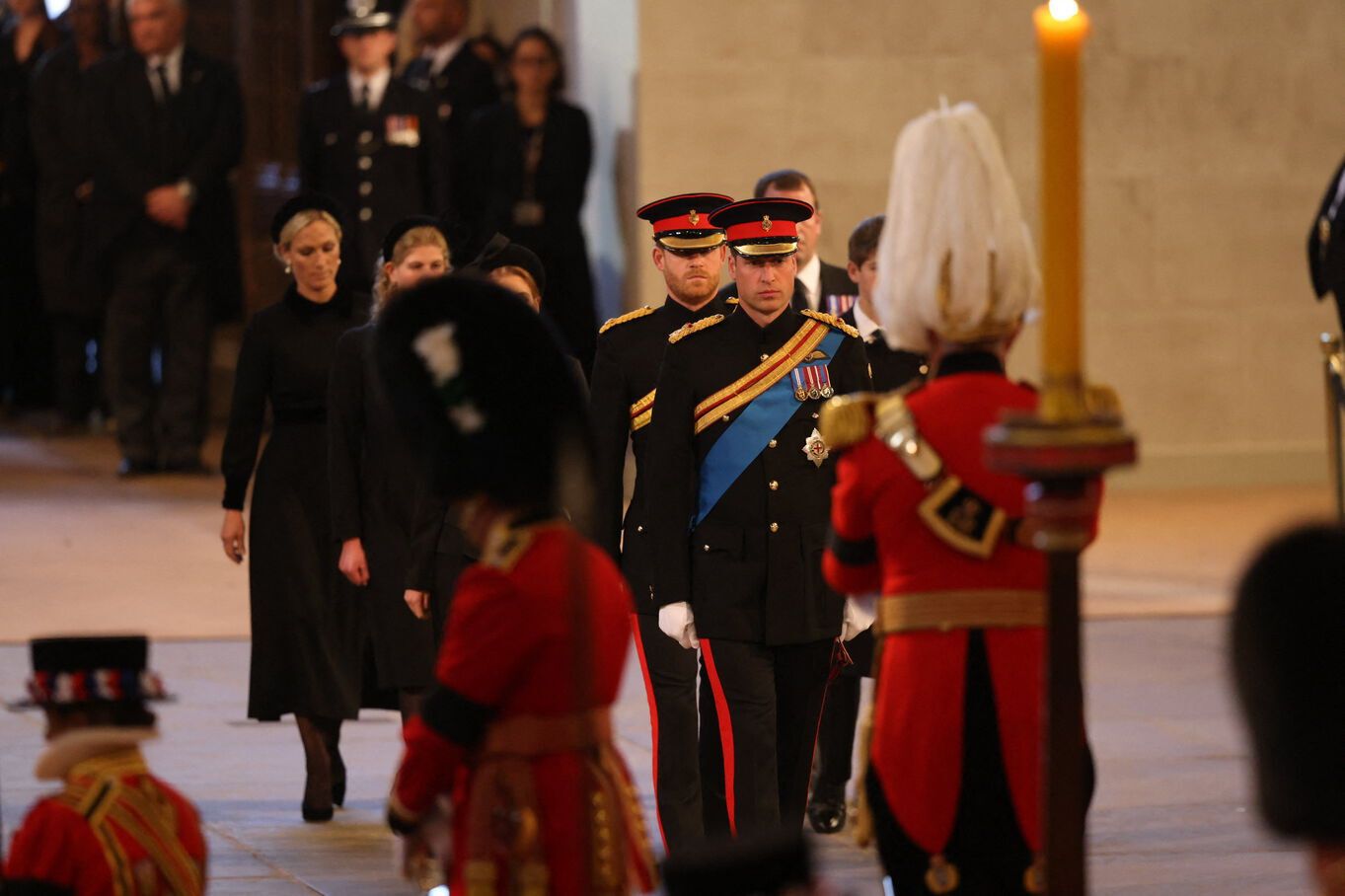 The Queen’s grandsons at the wake © Mirrorpix