Prince Edward: this behavior in front of the public that makes you cringe

Like Princes William and Harry, King Charles III and his brother, Prince Edward, are equally different. After the death of Queen Elizabeth II, who reigned 70 years on the throne of England, King Charles III bet on proximity. Moreover, the new sovereign did not hesitate to meet the general British public to shake hands. Despite the sadness of the death of his mother at 96, King Charles III, 73, carried out this task with great fervor, reports Gala. Unlike the new monarch, his younger brother, Prince Edward, 58, did the complete opposite of his older brother. Indeed, he almost avoided shaking hands with the crowd. Which would have shocked many people, reports Gala according to information from the Mirror of September 17. Moreover, the same day, the Earl of Wessex had apologized to the public who gathered in front of Buckingham Palace. This to avoid the start of a controversy, according to the media.

According to Prince Edward, he would have chosen not to shake hands in order to save time so that he could meet more people. Which is, in part true, since his wife, Sophie of Wessex, was well behind him because she shook hands with mourners outside the palace. She had also accepted several bouquets of flowers from the people gathered in front of the palace. Despite everything, Prince Edward still shook hands with someone. “I tried to avoid it. Only if I do it once, then I make sure everyone does it,” he explained.

“It is not mandatory !” … fans support the prince’s choice

As he explained himself to the public, Prince Edward added “I know my mum would really appreciate this fantastic support”. It visibly refers to the unconditional support of the British people during this period of mourning. Despite many criticizing Prince Edward’s choice not to shake hands, some fans agree with his view. “Edward is wise,” a fan shared on social media before explaining, “I saw Charles shaking hands this morning and thought he was exhausted and his resistance was weak. The contact with the public is pleasant, but I hope they are in good health for the funeral”.

“He chose to meet and chat with people, so much the better for him. – He is clearly not comfortable with the handshake, it’s not mandatory!”, had commented another Internet user. “Edward is out there to greet people, be friendly and thank them for being there. Why isn’t that enough? Some people just don’t like to be touched,” expressed another netizen who is visibly shocked by criticism of Prince Edward. “Leave the man some slack, he and his family haven’t stopped since the queen died,” the same person concluded. 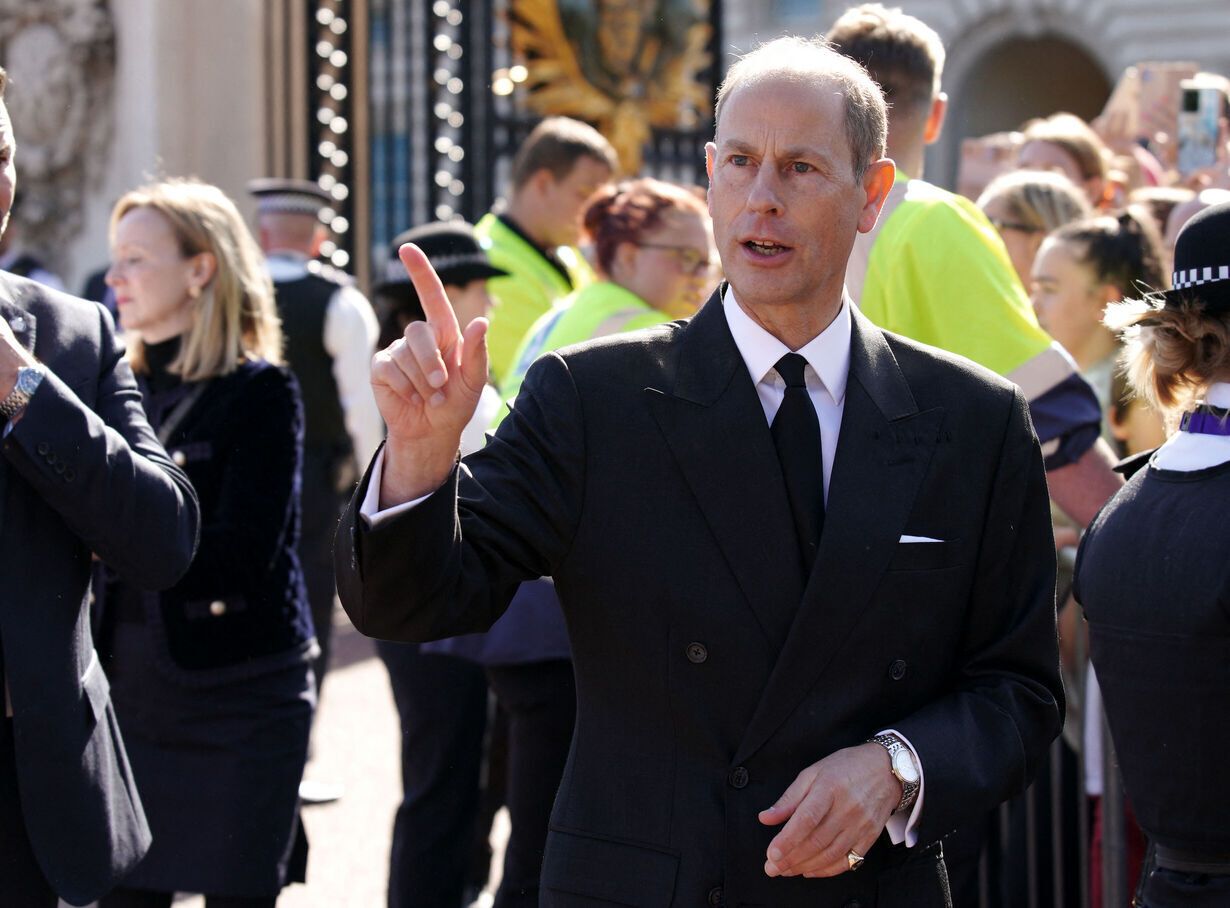