Not having the means to offer presents to her children, she tells them that Santa Claus does not exist

This family is sure not going to have a merry Christmas… Rachel, 30, a mom of four under the age of ten, regularly sharing her motherhood stories on TikTok, shared a depressing story with her followers.

This year, the young mother realized that she might not be able to give gifts to her children due to the explosion in the cost of living. A reality that saddens her as much as it angers her.

Keeping up the holiday spirit

Rachel, whose financial difficulties have become increasingly difficult, has given herself an ultimatum: cut back on her food shopping expenses or pay her bills haphazardly. The mother of four is truly struggling to make ends meet. On TikTok, Rachel came to ask other parents how they manage to keep the holiday spirit alive when the cost of living has risen dramatically. Especially in December, when all the gifts are up for grabs.

“I just want to make my children happy,” Rachel implored. “I don’t want them to feel embarrassed and as a parent you would do anything,” she added. Making herself “physically ill” because of her cash flow troubles, Rachel indicated that one of her daughters also celebrated her birthday shortly before Christmas. “I mainly do Christmas shopping for four, and birthday shopping, which makes me feel like I’m buying for five children,” she slipped.

To help their children, Rachel and her husband stopped giving each other gifts. “It’s all about the kids,” she admitted. “We are fighting an impossible battle,” she declared, dejected. “What do I do when kids grow up and want clothes like their friends? she asked. Rachel, often criticized by subscribers deeming her “lazy” and inviting her to “look for a job”, justified herself by indicating that the cost of childcare would be too high for this family already in difficulty.

“If I had family to help me, I would go back to work,” she noted. “People think I lay there all day, but I was a working mom and now I’m a stay-at-home mom and I feel like I’m doing the work of ten people,” she added. Once a manager for Samsung where she was making enough money for the family, Rachel quit when she had her second child with constant child care costs being excessive for two. Rachel even realized that with her salary, she would have less than 100 euros per month to live on once these and the school fees were paid.

“I could work 50 hours a week and be lucky enough to have 60 euros a month or I could stay at home, be the one raising my children rather than another person while being in the same financial situation” noted- she. “No sane person would work 50 hours a week for nothing,” she continued. Her youngest child being 19 months old, Rachel feels “trapped” as he is not old enough to go to school. “We are raising four children with the money available to raise two,” she said of the allowances she receives for her children. She says it, the little family is just surviving.

One of the children in the family is from a previous marriage of her husband. A second from a previous union of Rachel. The two youngest are the couple’s children. Rachel was also on birth control during each of her pregnancies. “It’s not the business of my contraception” she annoyed. “I hate the idea of ​​people telling me that I shouldn’t have had kids if I can’t afford them,” she said. “I don’t feel like we’re meant to survive and have no fun. I should be able to buy clothes for my children without stressing out,” she said annoyed.

Frequently, under her videos, comments criticizing Rachel for having “so many children” accumulate. Some even go so far as to suggest that he “work at night”. “People come up with solutions without asking if it’s possible,” she explained. According to Rachel, no one can understand her situation. “If people lived my life, I would like them to tell me where to find a job! she would say.

To save money, the couple try all the tricks, selling their phones, buying more economical food, but nothing helps. “I also go to charity stores, I look on Facebook Marketplace,” she explained. “It can make you feel ashamed when you take something for free. It’s almost like begging, but the stakes are getting higher and higher. As the Christmas holidays approach, Rachel feels distraught, feeling financial difficulties more than ever. She says she needs a Christmas miracle. “I know that I am not the only one in this situation and that there are people who are in even worse positions, but I would not wish that on my worst enemy,” she concluded. 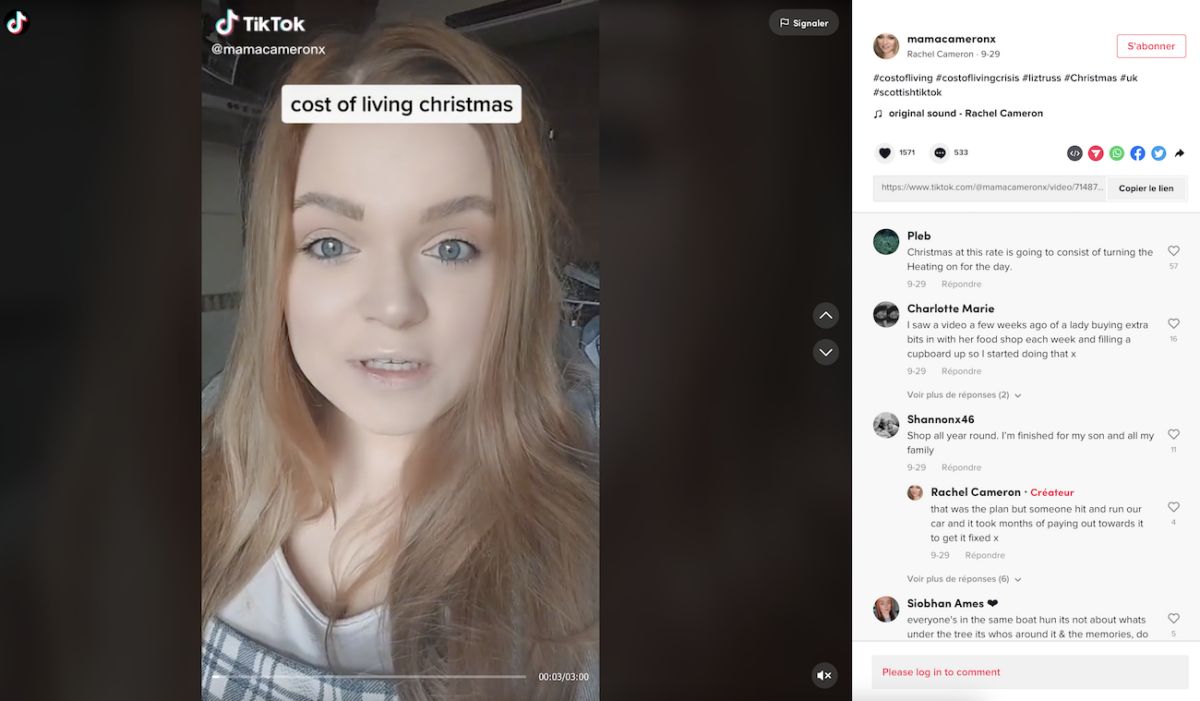