Nick Jonas and Priyanka Chopra parents: they unveil a new photo of their daughter Malti on the occasion of an Indian party

Diwali is the most important Indian holiday of the year, reports People. It is with family that the Jonas family decided to celebrate it in Los Angeles. Except that this year, Nick Jonas and Priyanka Chopra are no longer alone for the celebrations since the new parents celebrated Diwali with their little girl, Malti, 9 months. The 30-year-old singer took to Instagram to share photos of this sublime family moment. In one of the photos, the “Sucker” singer can be seen holding Malti who is wearing a beige-colored dress, a color to match her mom’s outfit. The adorable baby is also seen wearing a white floral headband.

In another photo, Priyanka Chopra, 40, can be seen with Malti on her lap. Wrapping his hand around his father’s finger, it is easy to understand that this is a special family moment. The two photos shared by the artist have been carefully worked to hide the face of little Malti with a heart emoji. “Such a beautiful Diwali celebration with my ♥️. Happy Diwali everyone. Sending joy and light to you all. #diwali,” Nick Jonas captioned the photo.

According to People, Dwali, also known as the “Festival of Lights”, is India’s biggest festival of the year. It takes place over five days and takes place in autumn each year. Generally, this festival takes place in October or November, depending on the position of the moon. Originally, the “Festival of Lights” was celebrated mainly by Hindus. Only, over time, the Dwali has become a national holiday, according to People. A tradition that the Jonas family takes great pleasure in respecting.

Nick Jonas: “I’m grateful to have a teammate in Pri”

Note that the birth of little Malti was particularly difficult for the family. The actress and singer welcomed their baby in January. Only, Malti had spent more than 100 days in the “neonatal intensive care unit”. Fortunately, everything went for the best and she was able to join her parents in the family home. It wasn’t until June that Nick Jonas opened up about the subject in an interview with People. He had notably declared that he had relied on his wife who, according to him, was a “rock” throughout this ordeal. “I’m grateful to have a teammate in Pri,” he said.

Nick Jonas and Priyanka Chopra got married on December 1, 2018. They opted for a ceremony in India, in Rajasthan, with several days of festivities. This union comes after a few months of relationship and three dates between the lovebirds. A love story defined by great certainty and which materialized in a marriage and the birth of Malti. 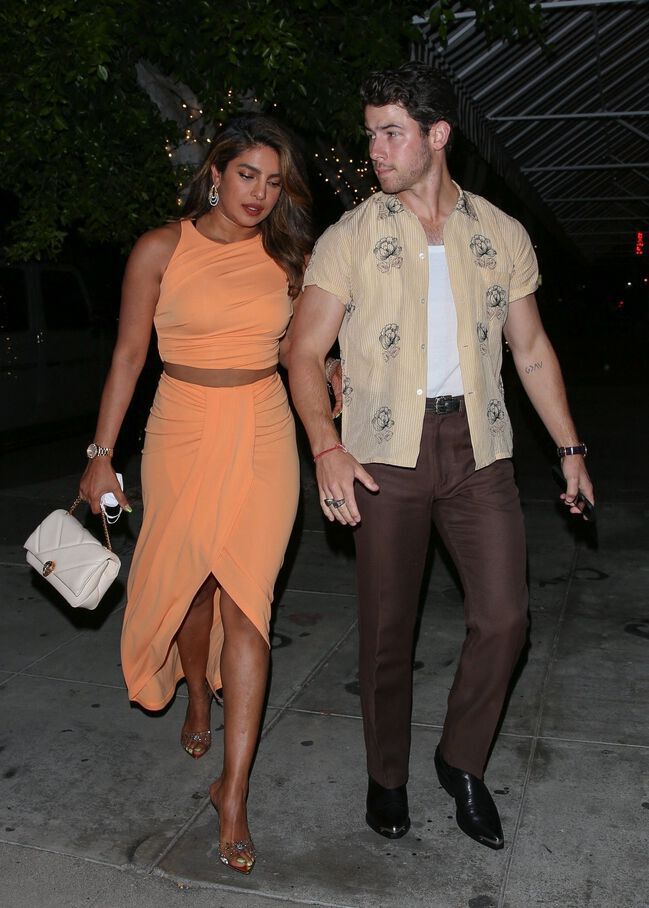