Michael Schumacher: another blow for the driver’s family, his son Mick “disappointed”

It’s a big blow for the family of Michael Schumacher. The son of former Formula 1 driver Mick Schumacher, engaged in F1, saw his contract come to an end with the Haas team. Indeed, from 2023, Nico Hülkenberg will replace him. “Hülkenberg, a Formula 1 veteran with 181 career starts and winner of the 2015 24 Hours of Le Mans with Porsche, will make his full-time return to the sport next year with Team USA,” the team wrote in A press release.

Only two years after his arrival at Haas, Mick Schumacher is fired, given his very poor results in F1. Indeed, the 23-year-old driver is currently 16th overall, with only 12 points. Günther Steiner, team president, said: “Mick has improved a lot during the season. We’ve all seen it, I don’t have to tell you. So it took us time, we didn’t didn’t make that decision until the summer as some people think, it took us a while to decide what was best for the team, as I’ve always said, he drove well in some Grands Prix. “

A great disappointment for the Schumacher clan. The driver’s son shared his sadness on social media: “I will not hide the fact that I am very disappointed with this decision not to renew my contract. My inner fire burns for Formula 1 and I will fight fiercely for find a place on the track. These two years have allowed me to gain in maturity, technically and personally”. Mick Schumacher will not have shown his talent, he who was eagerly awaited, given his family heritage.

Bad news for a whole family who is already in turmoil and sadness regarding the state of health of the patriarch. Since 2013 and his skiing accident in Savoie, Michael Schumacher has been in a very complicated state. His wife, Corina, does everything to keep her husband secret. Nevertheless, sometimes she gives some details: “I never blamed God for what happened. “It was just bad luck, as could happen to anyone. The worst thing that can happen to us has happened to us. It’s horrible to have to keep asking yourself, why did this happen to Michael? Why to us? Why like that ? But after all, it also happens to others…” she explains. “Michael is missed by everyone. But Michael is there. He’s different, but he’s there. And that gives us strength, I think.”

His son had also mentioned his father: “We still understand each other but in a different way”, continued his son Mick Schumacher, driver for the Haas team in Formula 1. “We have this language in common, motorsport, and we always has a lot to say to each other. I would give everything so that we can talk to each other … “In an interview with Sport Bild, Jean Todt, former boss of Ferrari, also mentioned the state of health of the seven-time champion of the world. “I have spent a lot of time with Corina since the accident. She is a wonderful woman, who manages the family. Thanks to the work of the doctors and Corina who wanted him to survive, Michael did survive, but with consequences. For now, we are fighting against these consequences. We hope that things will improve slowly but surely”. 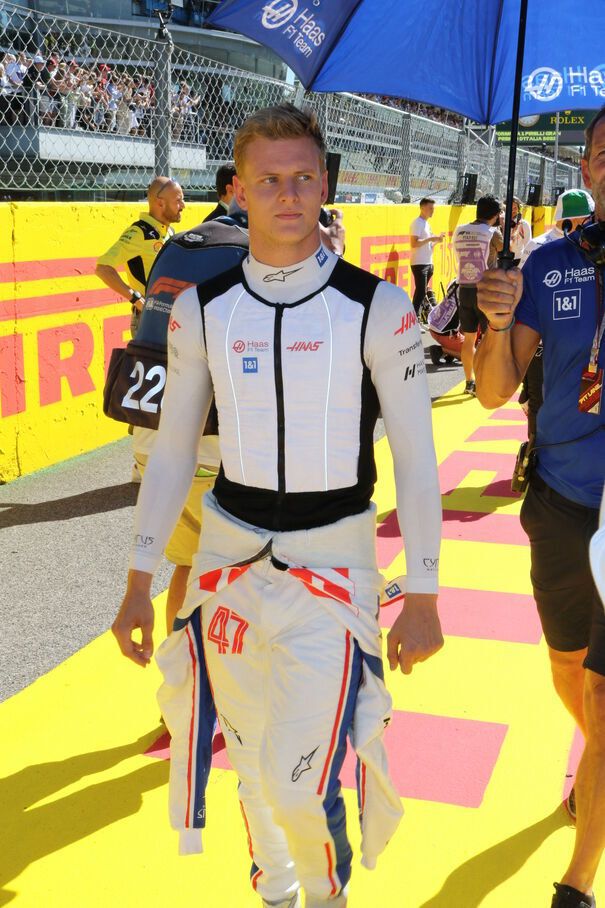