Michael J. Fox has lost the first wife in his life. Saturday October 8, the eternal Marty McFly of Back to the future was present at New York Comic Con to participate in the reunion of the actors of the cult saga. On stage, he returned to his iconic role, his decision to accept it and revealed that his mother had breathed her last on September 24 at the age of 92. The actor, who suffers from Parkinson’s disease, revealed that his mother had initially advised him against accepting to film in Back to the future because the filming would have “tired him too much”. “I was 23, and I called her, she was in Canada, and I said, ‘They want me to do this Steven Spielberg movie, but I have to shoot it at night and I have to shoot Sacred Family. during the day,'” he recalled.

“And she said to me: ‘you’re going to be too tired’, told Michael J. Fox. I immediately replied: ‘I live for this kind of fatigue. It will be fine’.” And he was right ! But his mother will never have changed her mind, despite everything that the saga has brought to her son. “To this day, well, until two weeks ago, my mom thought it was a really bad idea for me to do Back to the Future. She loved the movie, but she was right, I got tired “, he declared in front of the fans. According to an obituary posted online, Phyllis, the actor’s mother, was born in Winnipeg in 1929. She is survived by her sons Steve and Michael, as well as her daughters Jackie and Kelli, and her nine grandchildren, 10 great-grandchildren and a great-great-granddaughter.

Michael J. Fox: “I had a difficult year”

Phyllis “was particularly proud to have raised awareness about diabetes and Parkinson’s disease and to have served on the board of the Michael J Fox Theater in Burnaby”. “The family has requested that, in lieu of flowers, donations be made in Phyllis’ name to causes such as Diabetes, Parkinson’s, Burnaby General Hospital, Children’s Hospital of British Columbia and Canuck Place,” it read. During this convention, Michael J. Fox also found the mythical interpreter of Doc, Christopher Lloyd. The opportunity for the actor to reveal that his partner had always been there to support him in his fight against Parkinson’s disease, which he has been fighting since the 1990s.

“Parkinson’s disease is the gift that continues to wear me down – but it’s a gift, and I wouldn’t change it for the world,” Michael J. Fox said. “People like Chris have been there for me, and many of you have been. It’s not about what I have, it’s about what I’ve been given. I’ve also been given the voice to get things done and help people .” But the disease makes him live a very complicated daily life. “Last year I broke my cheek, eye socket, hand, elbow and shoulder. I had a tough year, conceded the comedian. But it was really cool because it made me realize with gratitude that I was alive. I would say that optimism is thinking that things are more likely to get better than worse. If you believe in it and you are grateful, it will sustain you the rest of your life.” 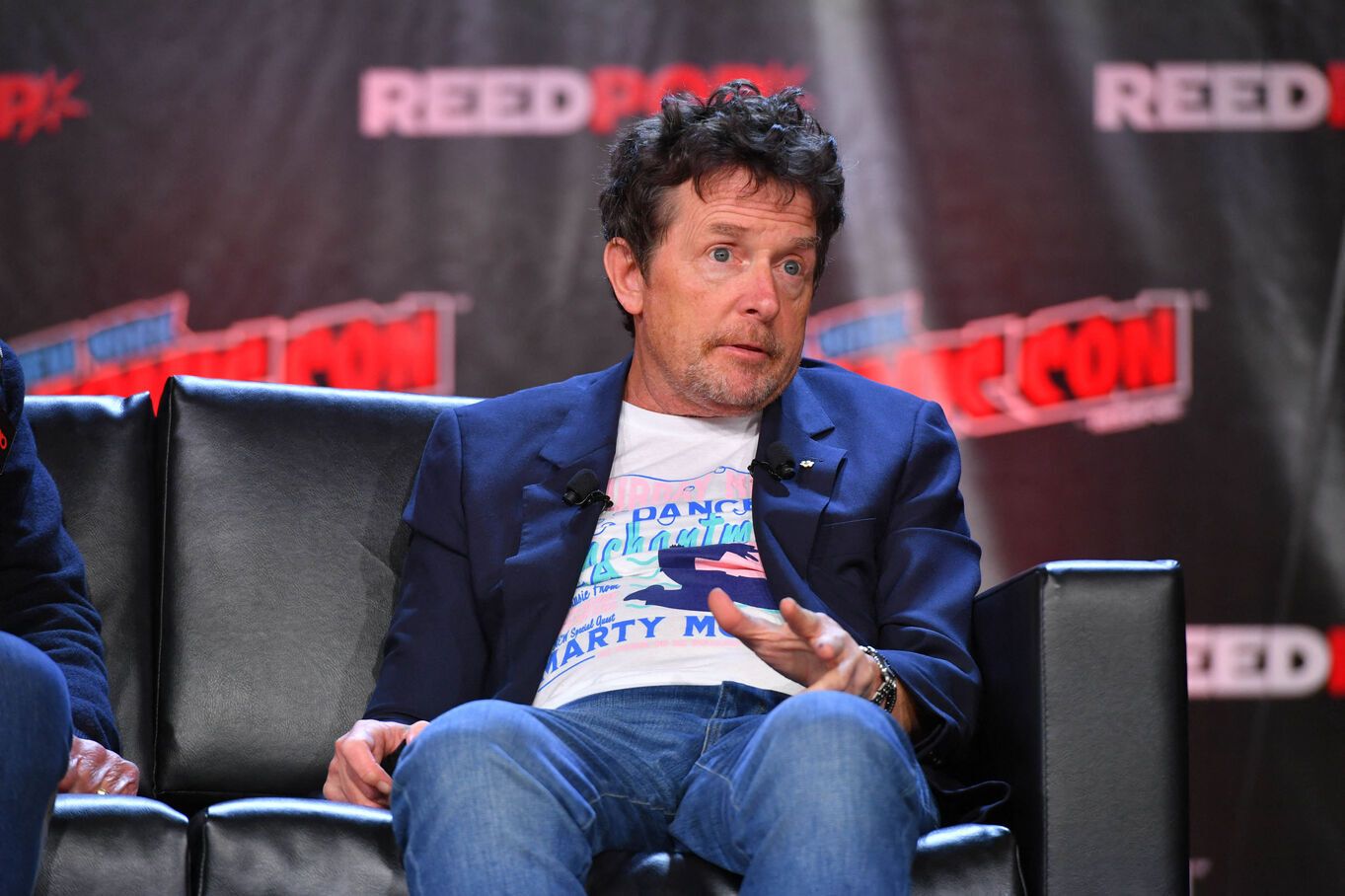