This Tuesday, December 6, 2022, Meghan Markle and Prince Harry attended the Robert F. Kennedy Ripple of Hope Award gala
The couple made a grand entrance
And for good reason, Meghan Markle was simply dazzling in her white dress with bare shoulders

This Tuesday, December 6, 2022, Meghan Markle and Prince Harry attended the Robert F. Kennedy Ripple of Hope Award gala in New York. The couple received an award for their work in racial justice, mental health and beneficial actions from their association Archewell. For this special occasion, the former actress was dressed in a magnificent white dress, with bare shoulders. With a low bun, the wife of Prince Harry was sublime. To complement her outfit, she chose black accessories.

It is hand in hand that they arrived at this event. President Volodymyr Zelensky also received an award for his courage in the face of the Russian army. Other 2022 winners were Siris co-founder Frank Baker, Bank of America CEO Brian Moynihan and Invenergy CEO Michael Polsky. The ceremony also posthumously recognized NBA legend and civil rights activist Bill Russell. The event was moderated by Alec Baldwin. Kerry Kennedy feels a deep respect and a certain admiration for the couple formed by Meghan and Harry. Indeed, she confided in the “moral courage” of the couple against injustice, as her father had done in South Africa, 50 years earlier.

“When my father went to South Africa in 1966, he spoke to a white audience and said that the problem of this generation was to talk about racial justice. He also spoke of moral courage, saying that few would have the courage to challenge their colleagues, family and community about the power structure they maintained,” she said. “And that’s what Meghan Markle and Prince Harry did.” “They went to the oldest institution in UK history and told them what they were doing wrong, that there could be no structural racism within the institution, that they couldn’t entertain a misunderstanding about mental health,” she continued, referring to the Brits.

A departure from the British royal family validated by Kerry Kennedy

As a new attack, Kerry Kennedy loose: “They knew that if they did that, there would be consequences, that they would be ostracized, that they would lose their family, their position within this structure, and that people They would blame them. They did it anyway because they believed they could live with themselves if they didn’t question that authority. I think they were heroic in taking that step.” Nevertheless, the couple had a great evening as tensions are at the highest point with the British royal family.

In less than a day, their series will be broadcast on Netflix. Already the teaser has caused a stir. As with this forbidden photo, broadcast in the trailer for the series, where we can see the couple leaving the royal family. “Harry and Meghan said they had no plans in leaving the royal family and that they had to get away with it to save themselves. They had no plans to sell their story or share it. Yet, on the last day, they hired a private photographer to follow them everywhere and take pictures of their departure” 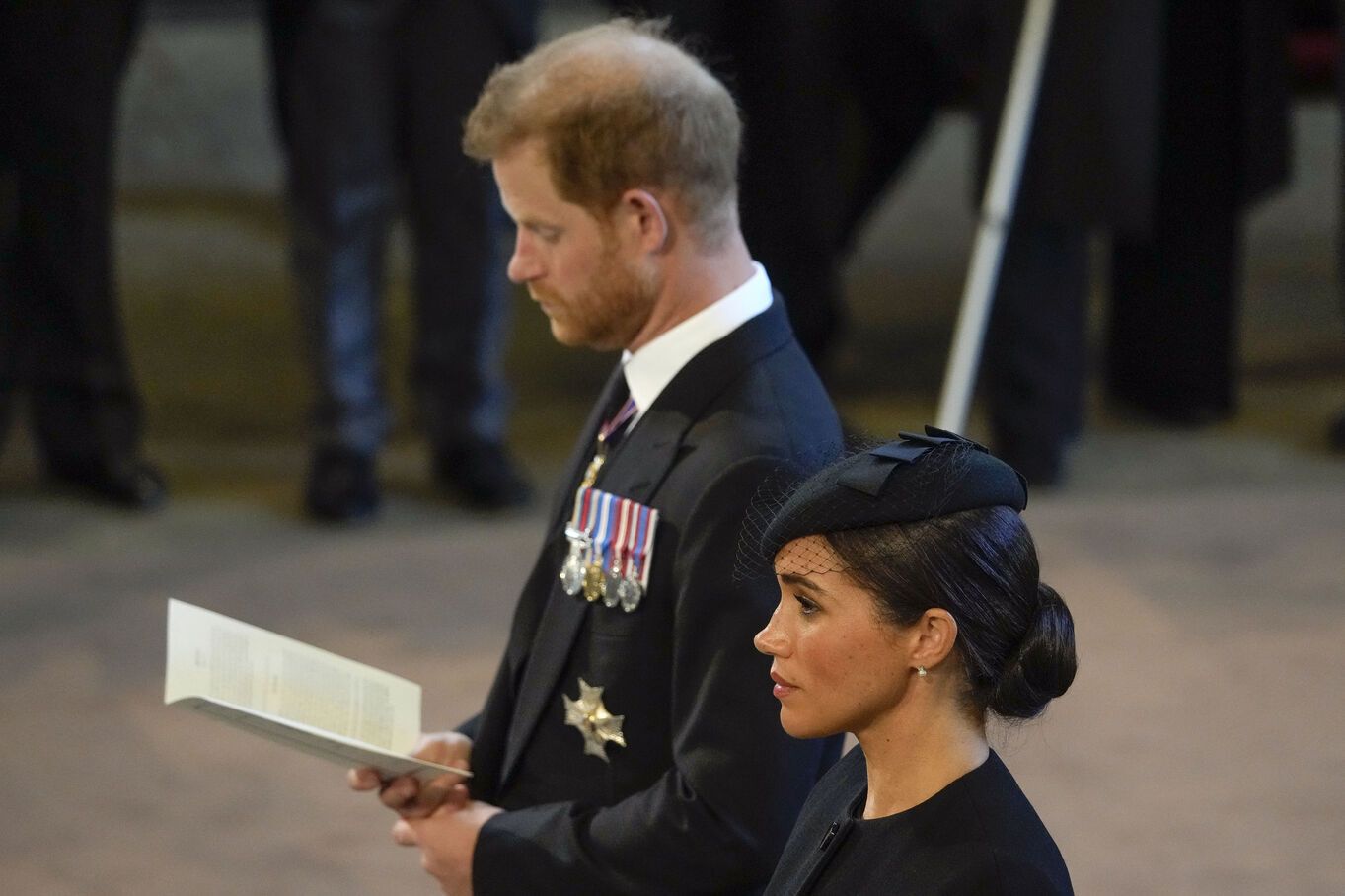