Meghan Markle annoyed? His attitude filmed with a Windsor employee is controversial

Kate, William, Harry and Meghan appeared together outside Windsor Castle this Saturday, September 10
All four collected themselves and then offered a walkabout
Meghan Markle, however, seemed annoyed by a Windsor employee

These are images as strong as they are unexpected. This Saturday, September 10, a few hours after King Charles III’s first official address, Princes William and Harry and their wives, Kate Middleton and Meghan Markle, who have been known to be cold for a few years, gathered together in front of the flowers placed in front of the castle. of Windsor. The quartet thus marched abreast to the applause of the crowd gathered to pay tribute to Elizabeth II, who died this Thursday, September 8 at the age of 96, after 70 years of reign. They then took the opportunity to enjoy a walkabout, greeting and talking at length with the onlookers who had gathered in front of the castle gates. But during this moment, an image caught the attention.

On a video shared on social networks, we see Meghan Markle who seems to have had a little hitch with an employee of Windsor. If we cannot know what exactly the Duchess of Sussex said, for lack of sound, her body language reveals a certain annoyance. In view of the images, it would seem that the employee tried to slip information to the wife of prince Harry, but that the latter would have judged that the moment was not quite opportune. This did not allow Meghan Markle to escape criticism. In the comments, some Internet users pointed to a haughty attitude on the part of the American actress. For others, Archie and Lilibet’s mother simply wanted to inform the employee that she would take care of laying flowers near the castle herself, after spending some time with the crowd. For now, the mystery of this visibly tense discussion remains intact.

What was this exchange pic.twitter.com/3EVJ7l39aP

A four-way exit after long negotiations

According to information from the Times, these reunions in the form of public reconciliations in front of the gates of Windsor Castle were by no means spontaneous. According to the British media, they only took place after long negotiations. Which also resulted in a 45-minute delay for the two brothers in front of Windsor Castle. Our colleagues also indicated that it was the brand new Prince of Wales, William, who agreed to this walk, and who invited Harry and Meghan to join Kate and him. “The Prince of Wales invited the Duke and Duchess to join him and the Princess of Wales. The Prince of Wales thought it was an important show of unity at an incredibly difficult time for the family,” said a royal source. 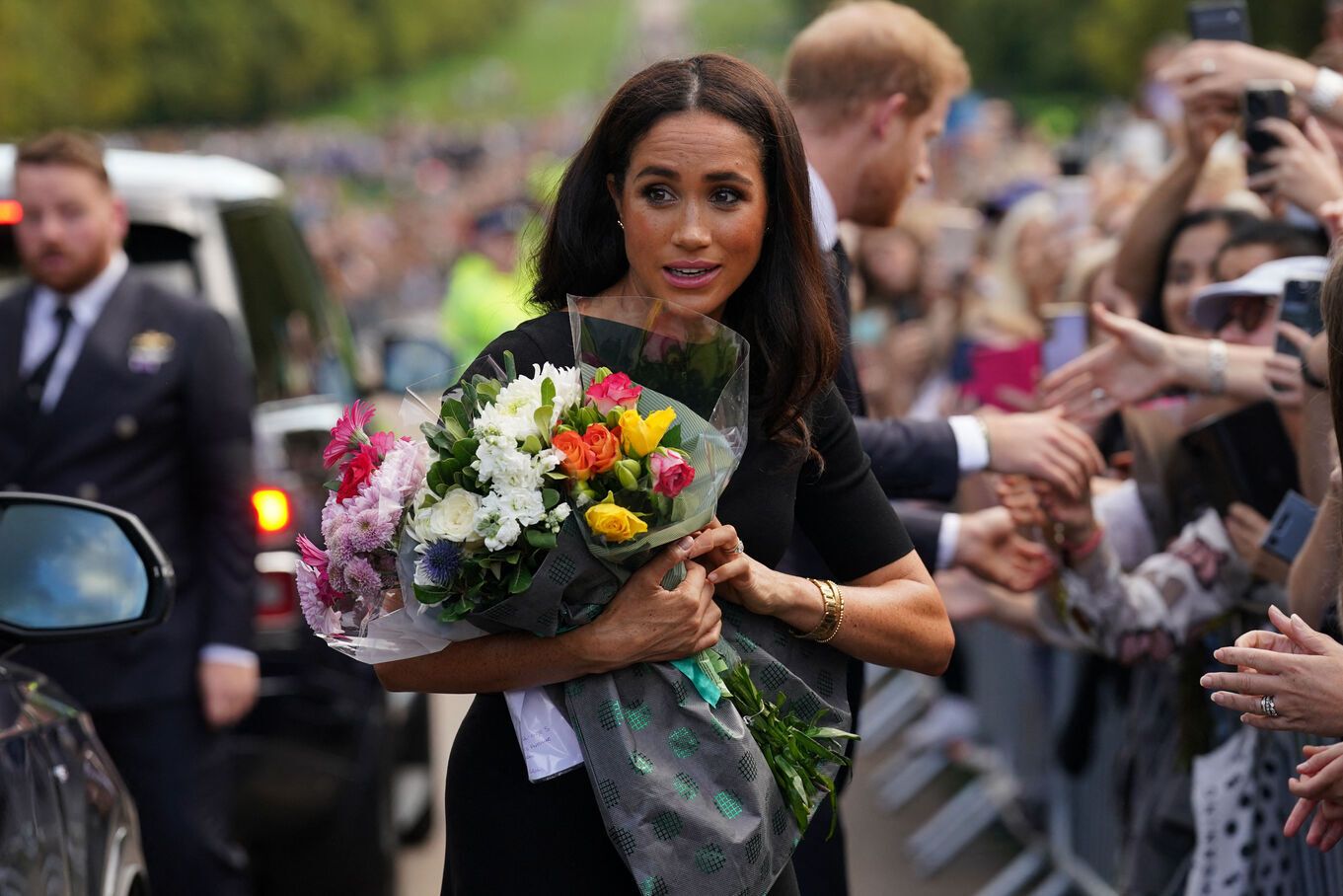