“Meghan is not welcome”: this call received by Prince Harry a few hours before the death of the Queen

Prince Harry went without Meghan Markle to Balmoral Castle.
He would have received a call from Charles III.
Tensions between Prince Harry and the British royal family are tense.

Prince Harry and Meghan Markle were to travel to Balmoral Castle together. Thursday September 8, 2022, when they were informed that the state of health of Elizabeth II was very worrying, while they were in London, they immediately took the decision to fly to Scotland . Only, it was finally alone that Prince Harry traveled. Indeed, according to information from the Mirror, the Duke and Duchess of Sussex would have received a call, from the one who became King Charles III, on the death of the Queen. He reportedly informed his son that Meghan Markle “would not be welcome” at Balmoral as the family gathered to accompany Elizabeth II in her final moments.

It is undoubtedly not to add problems in the already very tense relations with the British royal family, that the father of Archie and Lilibet preferred to join the castle of Balmoral alone. He arrived last Thursday, at the end of the day, more than an hour after the announcement of the death of his grandmother. In the photos of him in the car between the airport and the castle, we can see him with a closed and sad face. He would no doubt have wanted to say “goodbye” to the queen and exchange a few words with her when their relationship was not looking good.

Prince Harry was the first to leave Balmoral Castle

In the aftermath of the death of King Charles III’s mother, Prince Harry was the first to leave Balmoral Castle. He had to fly back to London and his wife, Meghan Markle. He wasn’t the only one who didn’t have time to see his grandmother alive one last time. Indeed, only the new King of England and his sister, Anne, arrived in time. For his part, Prince William, also arrived too late. It was without his wife, Kate Middleton that he had made the trip. She had made the decision to stay home to be present for her three children, who had just experienced their first full day at school.

If relations between Prince Harry, Meghan Markle and the British royal family seem to be tense, the new king of England wanted to calm the situation, Friday September 9, 2022, during his first address to the Nation. “I express my love to Harry and Meghan who continue to build their lives abroad,” he said after talking about his wife, Camilla, and his eldest son, Prince William. The latter was made “Prince of Wales”. “Today I am proud to consecrate him Prince of Wales…with Catherine at his side, our new Prince and our new Princess of Wales will, I know, continue to inspire and lead our national conversations,” he said. declared Charles III. 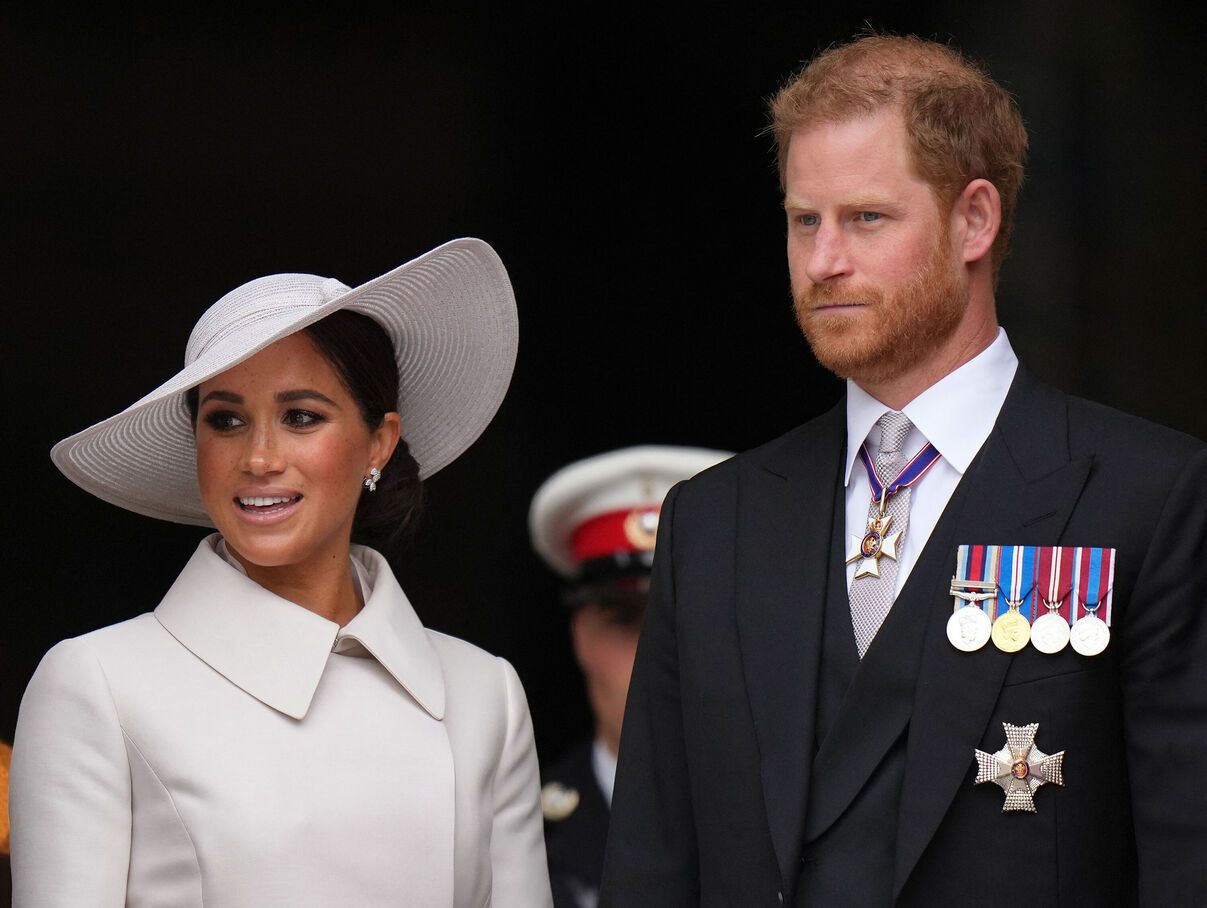