Meghan and Harry: why Elizabeth II did not give them Windsor Castle

The Sussexes often had surprising demands of Queen Elizabeth II during her lifetime. In the new book “The New Royals” by Katie Nicholls, a close friend of the Queen who reigned 70 years on the throne of England explains that Prince Harry and Meghan Markle had requested Windsor Castle from the sovereign. Lady Elizabeth Anson, the Queen’s close friend who died in 2020, claims that Queen Elizabeth II gave them Frogmore Cottage instead. This close friend of the Queen had described Windsor Castle as “important business” for the Queen, according to Mirror. “I hope they will respect it.”, would have retorted the queen.

The book “The New Royals” explores the relationship between the Sussexes, the new Prince and Princess of Wales as well as King Charles III. A relationship that has evolved greatly over the years, especially after the departure of Prince Harry, 38, and Meghan Markle, 41. “The cottage was a big deal,” Lady Elizabeth Anson explained in an excerpt from the book published by MailOnline. “The Queen’s entrance to the gardens is right next to their cottage. It’s essentially her backyard, her solitude and her privacy,” according to Lady Elizabeth. “She gave it up by giving Harry and Meghan Frogmore Cottage. We all thought that was very generous of her. She said, ‘I hope they respect it.'” she added .

“Efforts have been made on both sides… to make things right”

The book’s claims come as the Duke and Duchess of Sussex returned to California following the funeral of Queen Elizabeth II, who died at 96. Note that the gap has widened greatly between the Sussexes and the royal family in the past two years. The cause being the criticisms of Meghan Markle and Prince Harry concerning their life in the United Kingdom and towards the royal family. If the memoirs of Prince Harry and the many projects of the Sussexes are time bombs, the funeral of the Queen was still a pause in this war. After all, the monarch’s death brought Princes William and Harry as well as King Charles III closer together. All united in mourning and walked behind the Queen’s coffin.

“Efforts have been made on both sides … to work things out,” host Gayle King, a friend of Meghan Markle, said after the ceremony. “Big families always experience drama, always go through turbulence. It remains to be seen whether they will come closer or move away from each other”, always according to her before adding: “I don’t I have no idea, I have no inside information on this, but I can tell you this: It was good to see Harry standing with his family.” 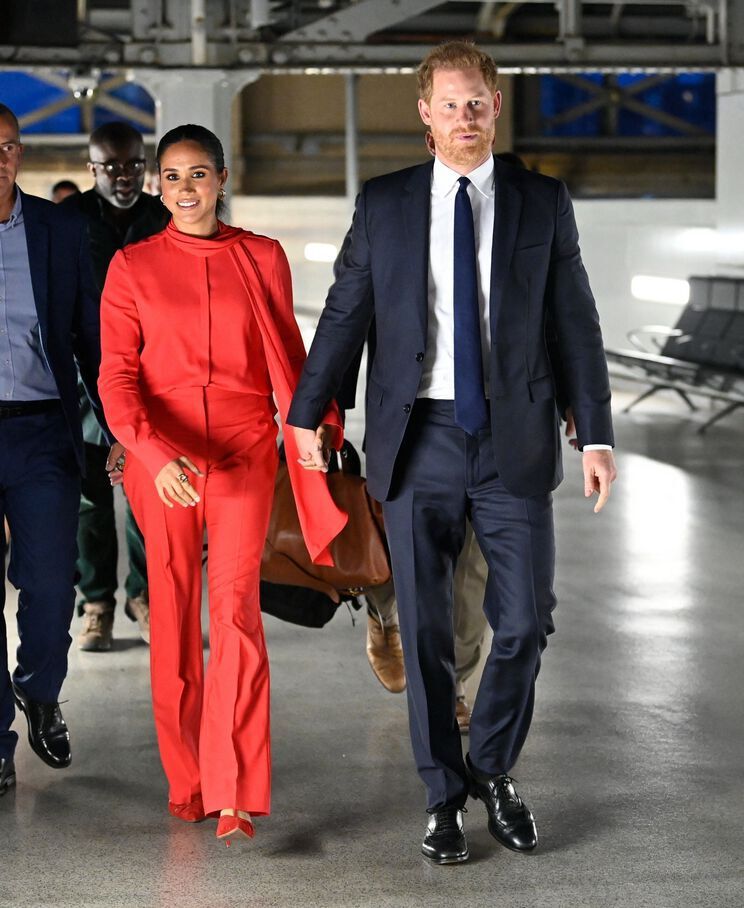