Meghan and Harry: why Charles III has not yet decided the royal fate of Archie and Lilibet

The royal fate of Archie and Lilibet is still uncertain when they should be able to take the titles of prince and princess.
King Charles III’s silence would cause tension with Prince Harry and Meghan Markle.
The son of Queen Elizabeth II would focus for the moment on the period of mourning.

Queen Elizabeth II died peacefully on Thursday, September 8, 2022. Her eldest son has since become King Charles III and changes are expected to take place within the British Royal Family. Indeed, the children of Prince Harry and Meghan Markle should be able to take the titles of prince and princess as well as HRH (His Royal Highness). Previously, Archie and Lilibet were too far down the line of succession to qualify for a royal title. They should be able to do so now that their grandfather has ascended the throne.

However, it is the silence on the side of the new monarch who has still not spoken about his grandchildren. A silence that “would heighten the tensions” between Charles III and Prince Harry and Meghan Markle according to the Daily Mail. The latter would like them to be able to have royal titles, which would give them the right to have “certain levels of royal security”. At the moment, the two children are still listed as “Master Archie Mountbatten-Windsor” and “Miss Lilibet Mountbatten-Windsor” on the official royal family website.

The silence of the new king could be due to the particular period he is currently going through. “The King focuses on the period of mourning. You are unlikely to know of any other titles during this period. I’m sure there will be discussions at some point,” a Buckingham spokesperson recently reported. Palace at the Times.

For her part, royal expert Kate Nicholl spoke on Friday, September 23 on True Royalty TV’s The Royal Beat. She mentioned a very specific condition for the granting of the royal titles for Archie and Lilibet: “I was told that it was a very clear signal from the king. He is ready to give these titles, but there is a condition , and that condition is trust. They need to know if they can trust the Sussexes.”

Prince Harry and Meghan Markle should therefore prove that they are trustworthy in order for their children to receive the titles of prince and princess. Indeed, since his departure from the royal family, Prince William’s brother has been very distant with his father and has not hesitated to openly criticize his family during his interview with Oprah Winfrey. His confidence would now be tested.

Archie and Lilibet should not receive the title of “Her Royal Highness”.

In addition to receiving the titles of prince and princess, Archie and Lilibet should be able to use the honorary predicate HRH or “Her Royal Highness”, just like Prince George, Princess Charlotte and Prince Louis. Yet it is likely that they do not receive this qualification, even if King Charles III authorizes them to bear royal titles. Indeed, according to the Daily Mail, royal expert Phil Dampier would have confided about Prince Harry and Meghan Markle: “Even if their children are still at the top of the line of succession, they will not work in the family. Royal, so it’s only fitting that they shouldn’t have [HRH] titles.”

Since leaving the royal family, Prince Harry, who has kept his HRH title, no longer uses it. By not working for the royal family, his children should therefore not receive the honorary predicate. A decision that would not please the king’s son at all, who would be “furious” at this decision. However, the latter would be “a classic compromise” according to Phil Dampier. Indeed, Diana Spencer and Sarah Ferguson had also lost this privilege by divorcing, while keeping their other titles of Princess of Wales or Duchess of York. The situation seems uncertain for the children of Prince Harry and Meghan Markle. 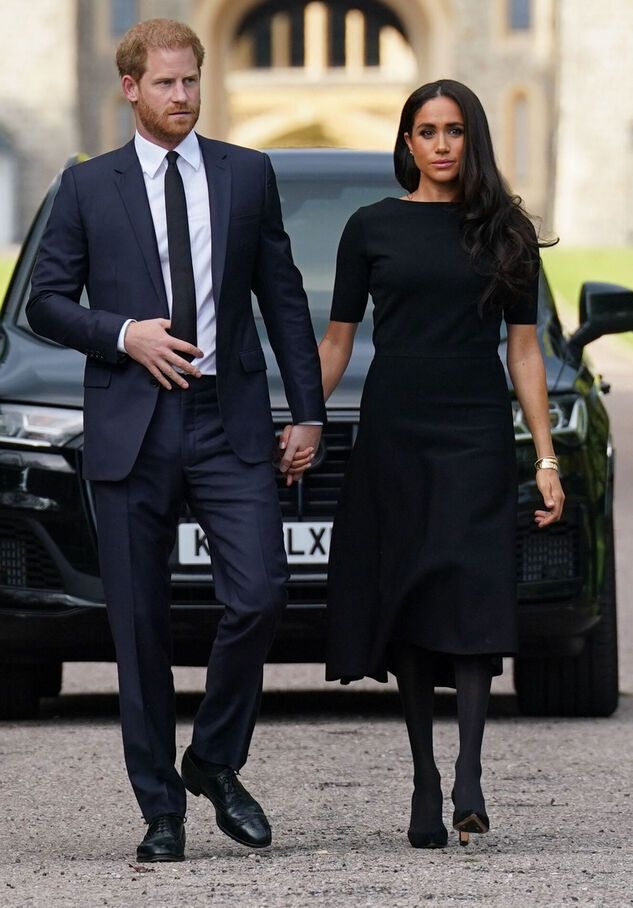