Meghan and Harry: this atrocious first impression that Meghan Markle had of Prince Harry

Thursday December 8, 2022, the Netflix VOD platform lifted the veil on the first episodes of the documentary series Meghan & Harry.
Face-camera, Prince Harry and Meghan Markle deliver the intimate story of their meeting.
The Duchess of Sussex reveals in particular that she had a very bad first impression of her future husband.

The most beautiful love stories do not always start well, and here is the proof! This Thursday, December 8, Netflix lifted the veil on the first episodes of Meghan & Harry, a new documentary series centered on Prince Harry and his wife, Meghan Markle. We discover the beginnings of the relationship of the Duke and Duchess of Sussex, which began in the course of the summer of 2016 in London. After asking a mutual acquaintance for Meghan’s contact details, Prince Harry invited her for a drink at Soho House, a London club at 76 Dean Street.

But the evening started very badly! As Meghan Markle recounts in the documentary, Prince Harry arrived for their appointment 30 minutes late, leaving a very mixed impression on the young American actress. “He was late!, remembers the star of Suits. And I didn’t understand why he was late. But he wrote to me ‘I’m in traffic. I’m so sorry!’. So I didn’t know him I thought, ‘Ah, are these guys like that? I see. I’m not interested in that.’ And to continue, speaking directly to Prince Harry. “I was like, ‘You’re one of those guys who has such an ego that you think… anyone would wait for you for thirty minutes.’ I wasn’t interested.”

Fortunately, Prince Harry proved to him that he was not one of those men. “When I arrived, I was all sweating, all red… She said to herself, ‘Oh no… He’s not like that in fact'”, says the prince. “He was too cute! He was really embarrassed and late,” laughs the 41-year-old Duchess, then recounting how she fell in love with Lady Diana’s son: “He was so funny. It was so nice. And that’s the thing, we were like kids together.”

The rest is history. After a very intense start to their relationship, Prince Harry and Meghan Markle announced their engagement on November 27, 2017 from Kensington Palace Gardens in London. Their marriage was celebrated on May 19, 2018 at St. George’s Chapel in Windsor and the couple gave birth to two children, Archie Mountbatten-Windsor and Lilibet Diana Mountbatten-Windsor. A love story worthy of a fairy tale, unfortunately tainted by media pressure and the difficulties imposed by their life as royals.

In 2020, Prince Harry and Meghan Markle make the decision to distance themselves from the British royal family. An explosive announcement that they mention in the documentary Meghan & Harry, the next three episodes of which will be available on Netflix from December 15. 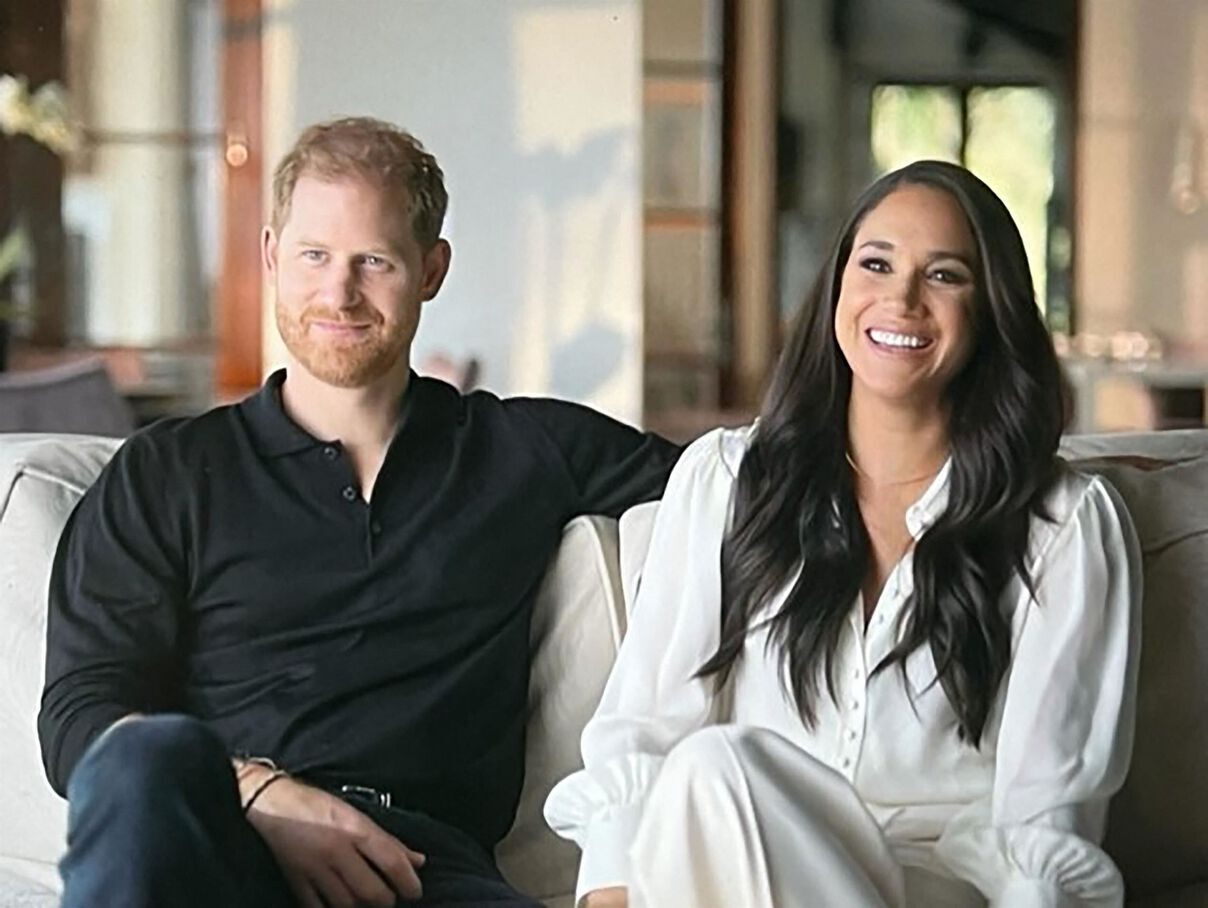