Matthew Perry addicted (almost) to death: this crazy amount he spent to succeed in being sober

It’s no surprise to anyone: going very high can sometimes make us fall very low. This is exactly what happened to Matthew Perry. After ten years of having played the role of Chandler in the mythical series Friends, the American actor has completely lost himself in a very particular drug: the drug Vicodin, a powerful analgesic yet sold in self-service. Unable to get rid of this terrible addiction, Matthew Perry returned to his long journey between rehab and dark periods of his life.

“I probably spent nine million dollars trying to get sober again,” he said in a recent interview with The New York Times. It must be said that this meeting with one of the most famous newspapers in the world did not happen by chance: the star of Friends, for whom he played the role of Chandler for ten years, has just announced that he has a big crisis in which he almost lost his life because of his addiction to opioids. According to his words, Matthew Perry would be sober since the date of the special program on the reunification of the actors during the month of may 2021.

It will therefore be a year and a half since Matthew Perry has not touched an opioid, a great personal victory for the actor in his fifties, who made the heyday of Friends. During the interview with the New York Times, the latter also revealed the astronomical sum he spent to try to get out of this infernal gear. If the nine million dollars seems like a totally astronomical sum, it has to be put into perspective with the actor’s enormous career gains. The latter would have earned 22,500 dollars during each of the first episodes of Friends, before earning a million per episode during the last two seasons, which makes a total of … 120 million dollars.

After these astonishing revelations, it must be kept in mind that Matthew Perry still has a lot to tell about his very complicated life course. The latter will be the exceptional guest of the presenter of ABC News, Diane Sawyer, for an interview which promises to be high in color which will be broadcast this Friday, October 28. According to his personal doctors, his addiction to drugs and alcohol would have caused him to burst his colon, synonymous with coma for two weeks with an estimated survival rate of … 2%.

During the trailer for his interview which is about to be released, we learned that Matthew Perry revealed that Jennifer Aniston had put him in front of his own problems by revealing to the entire film crew of Friends that he had become an alcoholic in order to save him. “Jennifer is the one who has helped me the most. I am really grateful to her,” said the person in particular. Chandler Bing also revealed that he underwent a whopping 14 surgeries around his stomach. “Pretty healthy now”, Matthew Perry seems on the right track. But he knows that his life expectancy has fallen sharply: “I’m counting the days”. Sad news. 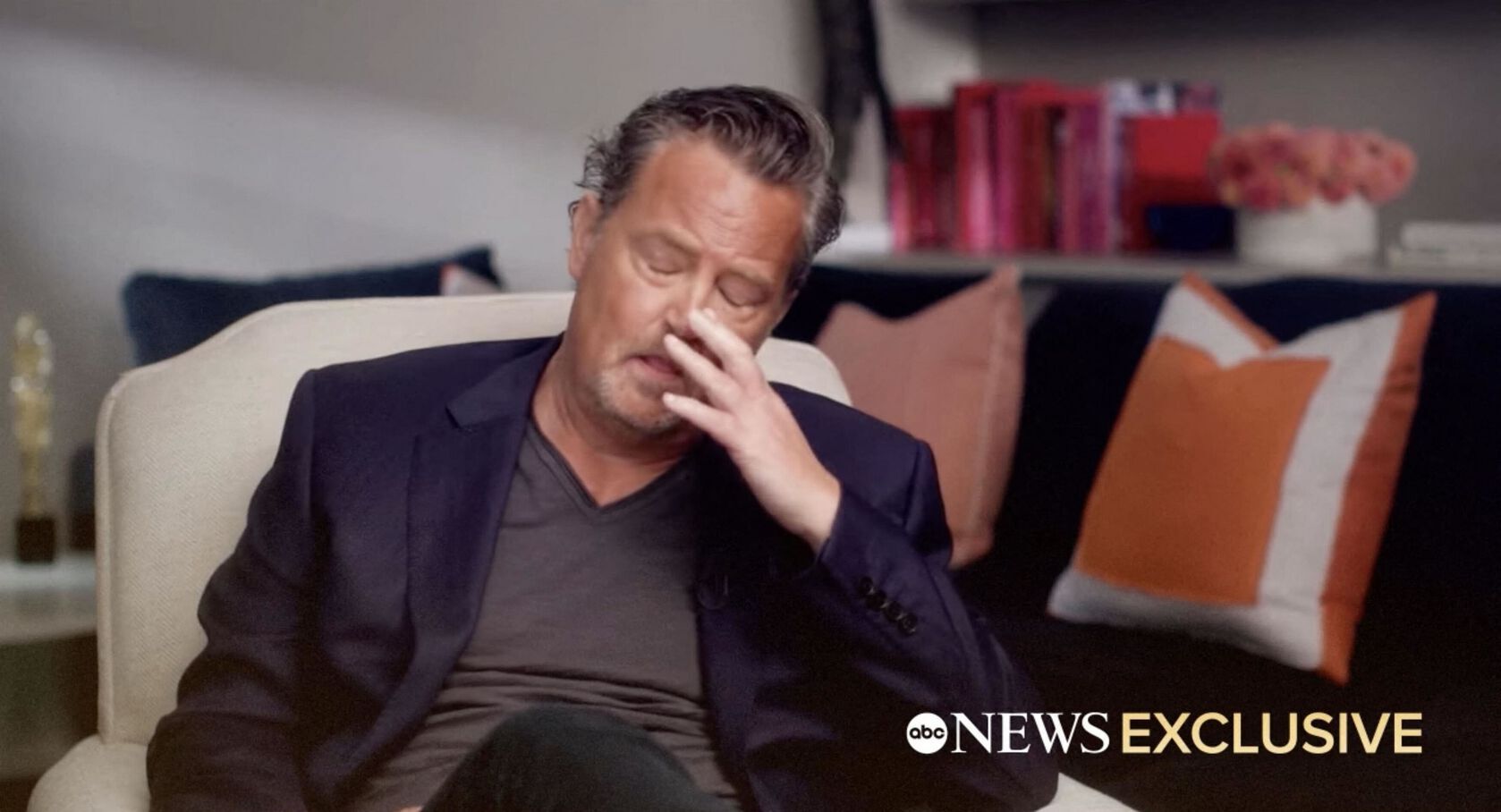