In the 1950s, Marilyn Monroe and Joe DiMaggio formed a mythical couple. For good reason, she was a great star of American cinema and he was a great baseball player. He also marked the history of this sport. The meeting between the two stars was worthy of a film story. In 1951, after allowing baseball to shine around the world, Joe DiMaggio decided to retire at the age of 36. During the same period, Marilyn Monroe is 25 years old and has not yet managed to make a name for herself. She struggles to get her roles. Success will eventually come as she agreed to pose nude for a calendar. The sensual blonde with the recognizable smile will then multiply the collaborations and continue to pose for different magazines.

It was during this period that the former professional baseball player came across a photo of the actress. He wishes to meet her as he is charmed by her charisma. Through a mutual friend, David March, a former sportsman, the two stars end up not meeting. Marilyn Monroe had never heard of Joe DiMaggio but trusted his friend and therefore accepted the appointment with him, during a dinner at the Villa Nova restaurant in Los Angeles. Immediately, between the two future lovebirds, the charm operates and they immediately fall in love with each other. They discover many common points such as their shyness. If they are both stars in their field, they hide deep inside them a great shyness.

Between Marilyn Monroe and Joe DiMaggio, it was love at first sight

As Vanity Fair reports, Marilyn Monroe and Joe DiMaggio will not leave each other that evening, since they ended the evening together, in a hotel room. During the years that follow, the lovers no longer hide and live their love story in broad daylight. For her part, the actress made films that would change her career forever, such as Men Prefer Blondes (1953) by Howard Hawks, or How to Marry a Millionaire (1953) by Jean Negulesco. The former sportsman will have succeeded in his conversion and thus became a commentator for baseball games in New York. To continue to see the woman he is in love with, he multiplies the return trips to Los Angeles. Marilyn Monroe also makes some sacrifices since she forsakes social evenings to be available when her companion finds her.

After two years of love, the lovers want to get married. Only the church disagrees. The reason: Joe DiMaggio is civilly divorced from his ex-wife but has not yet obtained the annulment of the Church. Even if he is a practicing Catholic, and he is threatened with being excommunicated, the former professional player takes all the risks to unite with the woman he loves. “I’d rather go straight to hell than give up my own Garden of Eden,” he said to explain his choice. Thus, on January 14, 1954, Marilyn Monroe married the former Yankees player, before Judge Charles S. Perry, and the American press.

Marilyn Monroe was madly in love with Joe DiMaggio

If the ceremony was intended to be secret, it will ultimately not be, and many fans of the actress and the former sportsman rush to admire them in their wedding attire. “What Joe is for me? A man whose appearance and character drive me crazy. I love him with all my heart. We knew it would be an easy marriage”, had launched, happier than ever, Marilyn Monroe . To devote time to her husband, she does not hesitate for a single second to put her acting career on hold. It is in Japan that the couple chose to spend their honeymoon. Even at the end of the world, Marilyn Monroe is very well known while her husband is much less so. Thus, if the actress is always in the light, the sports commentator is more often left behind.

A situation that Joe DiMaggio has trouble coping with. He supports less and less the popularity of his wife and the front pages of the magazines that she can do in sometimes subjective and naked poses. Very quickly, he will become very jealous and tensions within the couple will emerge. Unable to manage her husband’s crises, Marilyn Monroe will gradually fall into depression, which will further annoy the man she is in love with. It is a scene shot by the actress who will be right about the love they could have for each other.

On September 15, 1954, she shot the cult scene from Billy Wilder’s film Seven Years of Reflection: that of her white dress flying above an air vent. The sequence is filmed in the streets of New York, in front of a cinema. Immediately, there is hysteria around the film crew and the actress. To please the public, the director does not hesitate to make many takes of this scene which will become world famous. Every time Marilyn Monroe’s dress is lifted, onlookers scream. Joe DiMaggio was present and couldn’t bear to see how his wife could cause such hysteria.

A new crisis will break out in the couple and will get the better of him. A few days later, Marilyn Monroe will announce during a press conference that she and her husband are about to divorce. She explains that their respective careers are the cause of this failed marriage and struggles to contain her tears. It is after only 274 days of marriage that Joe DiMaggio and Marilyn Monroe decide not to move forward hand in hand. All the rest of his life, the former sportsman will not have ceased to carry in his heart the actress. 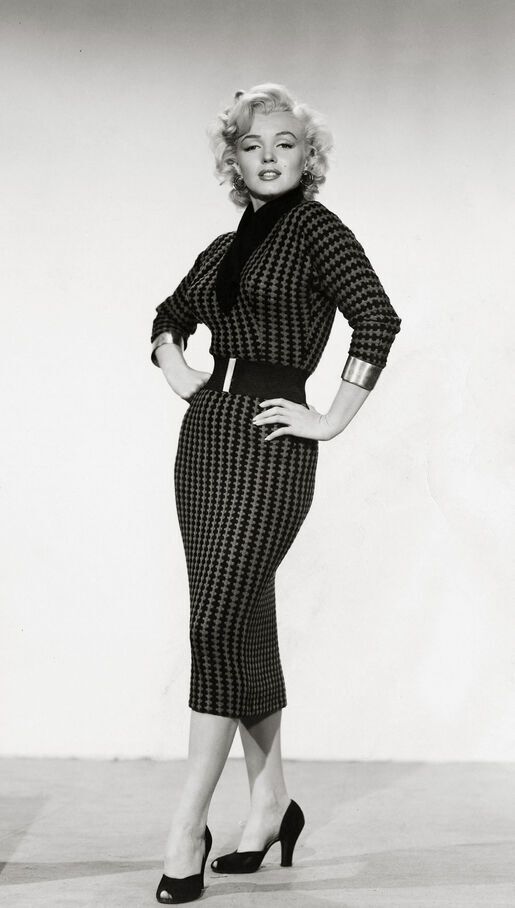