Madonna: she shares a very rare photo with her six children

It happens only rarely, as rarely as solar eclipses: Madonna posed on her Instagram account with her six children on the occasion of Thanksgiving. A family celebration par excellence that brings together around the values ​​of sharing that Madonna instilled in her tribe.

“What I’m Thankful For”

It was in New York, at her home, that the superstar received all her children, aged 26 to 10, to celebrate the famous Thanksgiving holiday. Lourdes, 26, Rocco, 22, David, 17, Mercy James, 16, and twins Estere and Stella, 10, were present around a proud mum who curled up against them for a high photo shoot in colors. In the caption of her Instagram photos, Madonna indeed wrote “what I am grateful for” and it is obvious that her children are her greatest achievement, which given her incredible career, says a lot about the love she feel for them.

And everyone had dressed up for the occasion, starting with the Madonna herself, dressed in a dress revealing her bustier bra all in black lace, faithful to the inimitable style of her debut, the black pointy boots and lace mittens. Her long, fiery red hair was loose and wavy, pulled forward over her chest. Lourdes was also dressed all in black, jet black hair, black bustier and black trousers, while Rocco had played the card of elegance in a gray and black checked suit, enhanced with a tie and moccasins bearing a crest. Beside them, Mercy wore a forest green dress, black Doc Martins and a diamond necklace. David meanwhile wore a more chic streetwear style with a sky blue sweater, a scarf tied on the head, glasses and of course a necklace. Finally, the twins Estere and Stella were very chic, one in a black bustier and skirt, enhanced with boots with white edging, the other in a sparkly sequined dress.

A beautiful family for the star

Biological mother of Lourdes, fruit of her love with Carlos Leon and Rocco, whom she welcomed with her ex-husband, Guy Ritchie, Madonna successively adopted David in 2006, when he was only 13 months old, with her ex-husband Guy Ritchie, her daughter Mercy James in Malawi in 2009, then her twins Stella and Estere in 2017, when they were both four years old. Now, the 64-year-old star, who has almost fifty years of career, has not said her last word since she released a new album “Finally Enough Love: 50 Number Ones” on August 19, which she has promoted on The Tonight Show, by Jimmy Fallon.

The previous photos that the star had published of her children around her were taken in Sicily last summer, where she celebrated her 64th birthday in the land of her origins with her tribe and some friends. 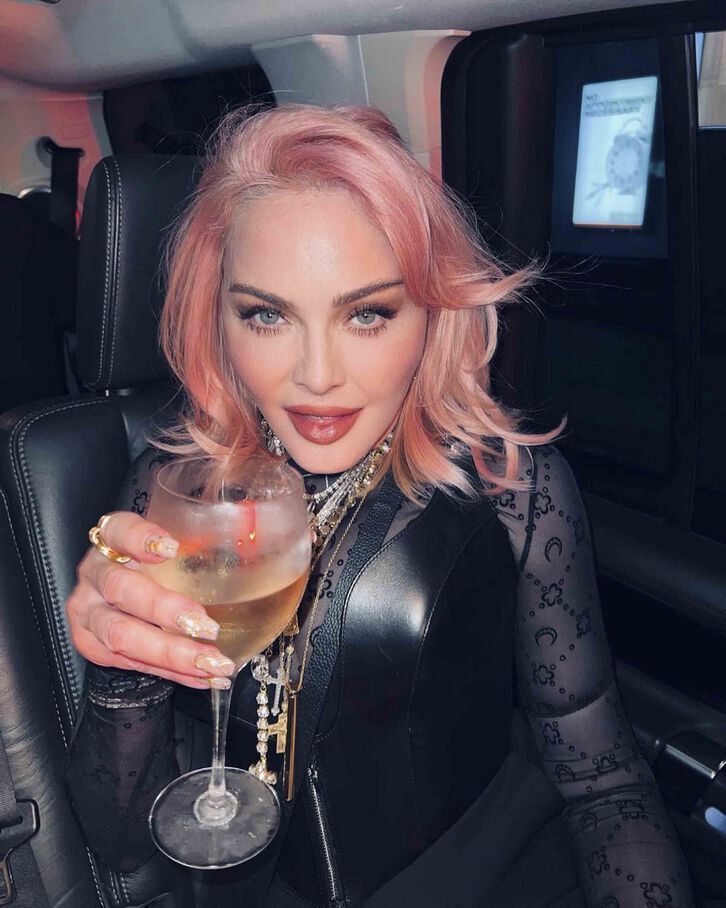