Madonna: at 64, the star poses completely topless on Instagram

This Friday, October 27, Madonna has indeed posted in Instagram story a photo that raises the temperature. On this one we discover the artist in her bathroom posing topless. In order to be able to post the photo on the social network, she took care to cover her nipples with candy and money purse emojis. It must still be admitted that at 64, the singer still displays buxom shapes that would make more than one dream.

But this isn’t the first time Madonna has dared to go topless on Instagram. In July 2020, when she was 61 years old, the diva had already made the buzz by posting a photo of her topless on her account. She was posing with a crutch in her bathroom, in black panties, a green reptile pattern hat, her phone riveted to the mirror in her hands concealing her breasts. “Everyone has a crutch,” she wrote, after having knee surgery due to a fall on stage a few months earlier.

And in November 2021, the singer had given the cover by posting new shock photos. on these she posed in her underwear, fishnet stockings and high heels, in suggestive positions, and revealing her chest again. “I just reposted photos that Instagram deleted without warning or notification… (…) I find it mind-boggling that we live in a culture where it is allowed to show every inch of a woman’s body, except the nipples“, she added in the caption, visibly upset to be regularly censored by the social network. In the comments, many fans had welcomed her message and her denunciation of “ageism” and “sexism”, of which she said she was a victim. However, this did not prevent other subscribers from lamenting this constant exposure. “You deserve better than that!”, Could we for example read in the comments. 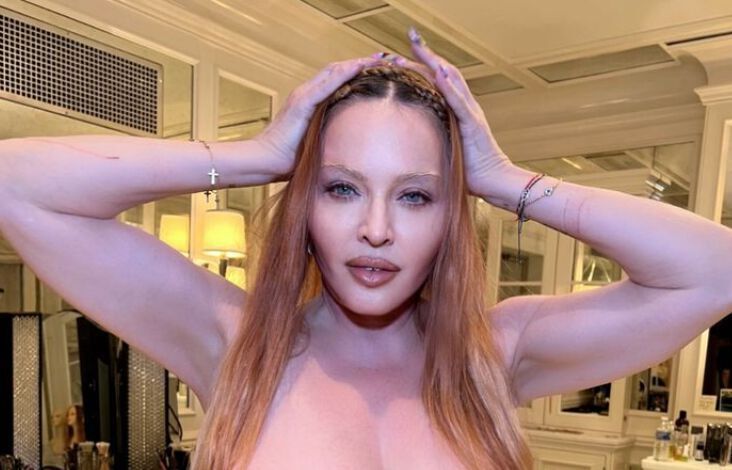