This is sad news for country music fans. Loretta Lynn passed away on Tuesday October 4, 2022 at the age of 90. It was his family who announced his death via a press release relayed by AFP: “Our precious mother, Loretta Lynn, passed away peacefully this morning, in her sleep, at her home on her beloved ranch in Hurricane Mills” , the family said. Loretta Lynn has always been a very committed woman. Born in 1932 in Kentucky, she is the eldest of a family of eight children. “Well, I was born a miner’s daughter/In a cabin, on the heights of Butcher Holler,” she sings in her 1970s hit.

At 15, the singer married Oliver Vanetta, with whom she remained for 50 years until his death in 1996. In the 1950s, her husband gave her her first guitar. In her texts, Loretta Lynn evokes sexuality, the infidelity of husbands, divorce or even birth control, making her a true pioneer in the fight against inequalities between men and women. A true feminist, she will sometimes be banned from the radio. She would find success with hits like The Pill, Rated X, You’re Looking at Country, Don’t Come Home a Drinkin’ (With Lovin’ on Your Mind) and You Ain’t Woman Enough (To Take My Man ). “Most songwriters were writing about falling in love, breaking up and being alone,” she told the Wall Street Journal in 2016. “The female perspective I was describing was new.”

“I didn’t write for men, I wrote for us women. And the men liked it, too”

Thanks to her various successes, she became the first woman to be named artist of the year, in 1972 by the Country Music Association in 1972, then by the Academy of Country Music three years later. She was also nominated for 18 Grammy Awards and won three. “My songs were what I wanted to hear and I knew it was what other women wanted to hear too. I didn’t write for men, I wrote for us women. And the men liked it. that, too,” Loretta Lynn said in 2016.

In 1988, the singer entered the Country Music Hall of Fame and won numerous awards, such as in 2013 with the Presidential Medal of Freedom, given by Barack Obama. Although her texts are political, Loretta Lynn has always explained that she does not want to get involved. However, she supported the Republican party during Donald Trump’s campaign. In 2021, at age 88, she released the album Still Woman Enough, which includes re-recordings and new material. In Billboard magazine, she had confided that she would never retire from music. “When I’m six feet under, they can say, ‘Loretta has stopped singing'”. Many artists have paid him a vibrant tribute: “We were like sisters during our years in Nashville,” said Dolly Parton, another huge country star. Loretta Lynn “had millions of fans and I’m one of them”, she greeted on social networks. “She was an inspiration,” said singer Carole King. 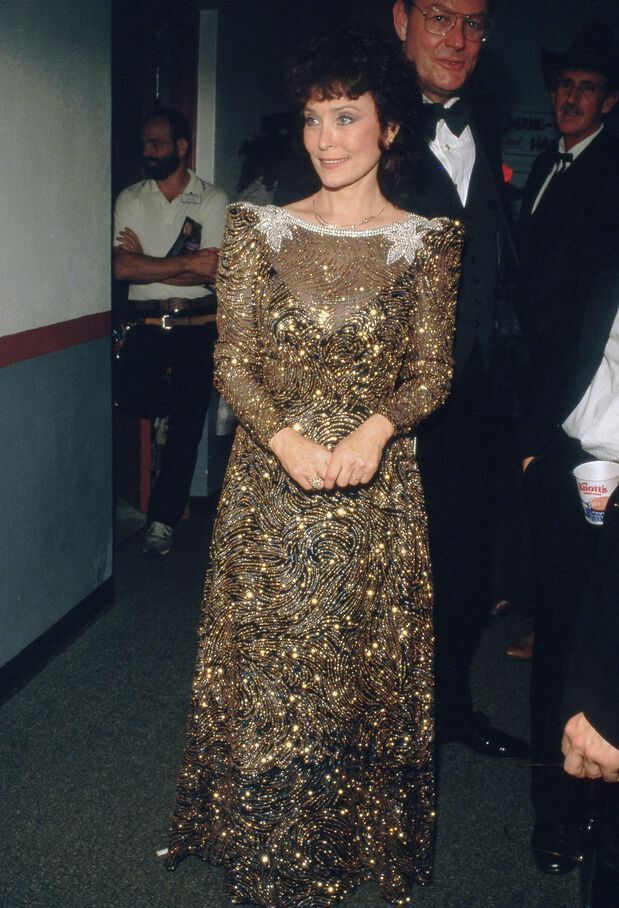