Lisa Marie Presley married to Nicolas Cage: this crazy gesture from the actor after a huge argument

She was 54 years old. The only daughter of king Elvis Presley died of a heart attack this Thursday, January 12, a few months after the suicide of his son. She leaves behind her mother, her daughters but also Austin Bulter, broken. During her eventful life, the singer was married several times, including once to the King of Pop Michael Jackson, between 1994 and 1996, and once to actor Nicolas Cage.

This relationship was passionate and passionate. Lisa Marie and the actor fell in love the moment they first met at Ramones guitarist Johnny Ramone’s birthday party. Lisa Marie, whose beautiful childhood photos have been unveiled, went there with her fiancé at the time, Hawaiian musician John Oszajca, while Nicolas Cafe was still married to Patricia Arquette at that time. But then lightning struck and the two fell head over heels in love.

Of their first meeting, Nicolas Cage said: “I walk into a party not knowing who I’m going to meet and there’s this beautiful girl standing in the middle of the living room wearing this short leather skirt and fluffy jacket, and she looks at me with these big, beautiful, soulful eyes, eyes that seem to have a sad story to tell, and I just thought, ‘Oh’.” The couple later made their relationship official in May 2001.

Madly in love with each other, the two had a very tumultuous relationship, punctuated by real passion. From this same passion flowed a large number of disputes, and the couple was very well known for this. One day, while on a yacht, they again had a big disagreement, which caused Lisa Marie to throw her engagement ring into the ocean off the coast of California. This was a six-carat yellow diamond and was worth no less than $65,000. After this gesture, Nicolas Cage, desperate, hired a team of divers to find the precious ring in the middle of the ocean. Despite all the means deployed, it was a failure, and the ring was never found. 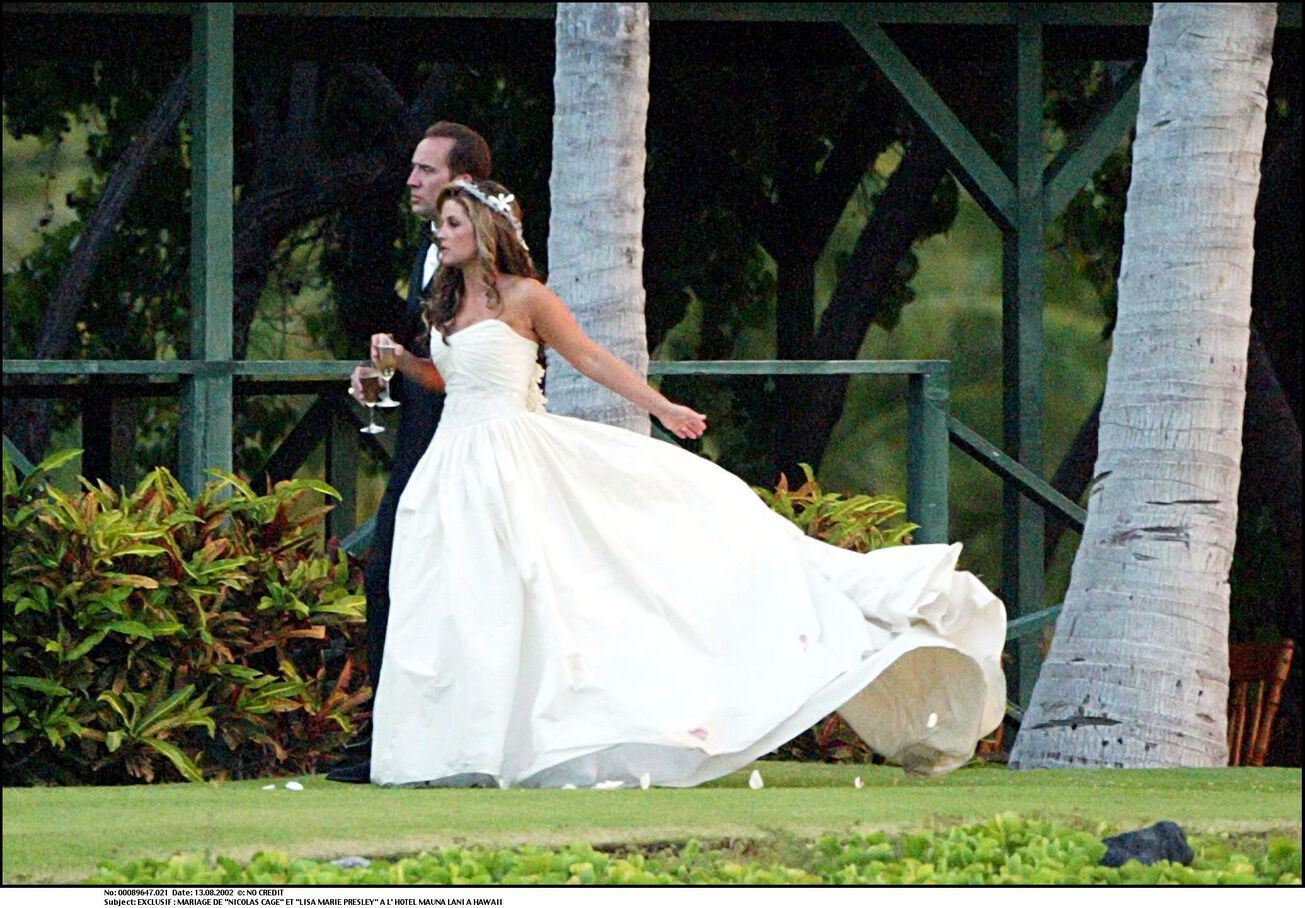