Letizia from Spain sublime in royal blue: this unworn dress whose belt she left behind

King Felipe and Queen Letizia arrived in Germany this Sunday October 16 for a multi-day visit. This Monday, the couple began their state visit to Berlin by being welcomed at Bellevue Palace, the official residence of German President Frank-Walter Steinmeier. The first lady, Elke Büdenbeder, was also present.

After watching a military ceremony and saluting the troops outside, the President, First Lady, King and Queen held their first audience inside the palace. Shortly after, the two heads of state gave a brief press conference facing the media. King Felipe notably affirmed that this visit was “an excellent opportunity to give new impetus to our bilateral relations”, and that it will “contribute to deepening, even more, the friendship between the Spanish people and the German people and collaboration between our institutions”.

A new outfit for Letizia of Spain

For this particular day, Queen Letizia was dressed in a royal blue dress, from an old collection from Carolina Herrerra from 2013. It was also the first time that the former journalist wore it. But unlike the parade in which the outfit was presented, Letizia from Spain decided not to wear the original belt. However, she wore flowers on the shoulders, as during the parade, while the version of the dress on sale in stores did not have these ornaments.

King Felipe and Queen Letizia are staying in Berlin until Tuesday, October 18, and will then head to Frankfurt for the third and final day of their stay. They will notably go to the European Central Bank, the Frankfurt Book Fair, or to museums. 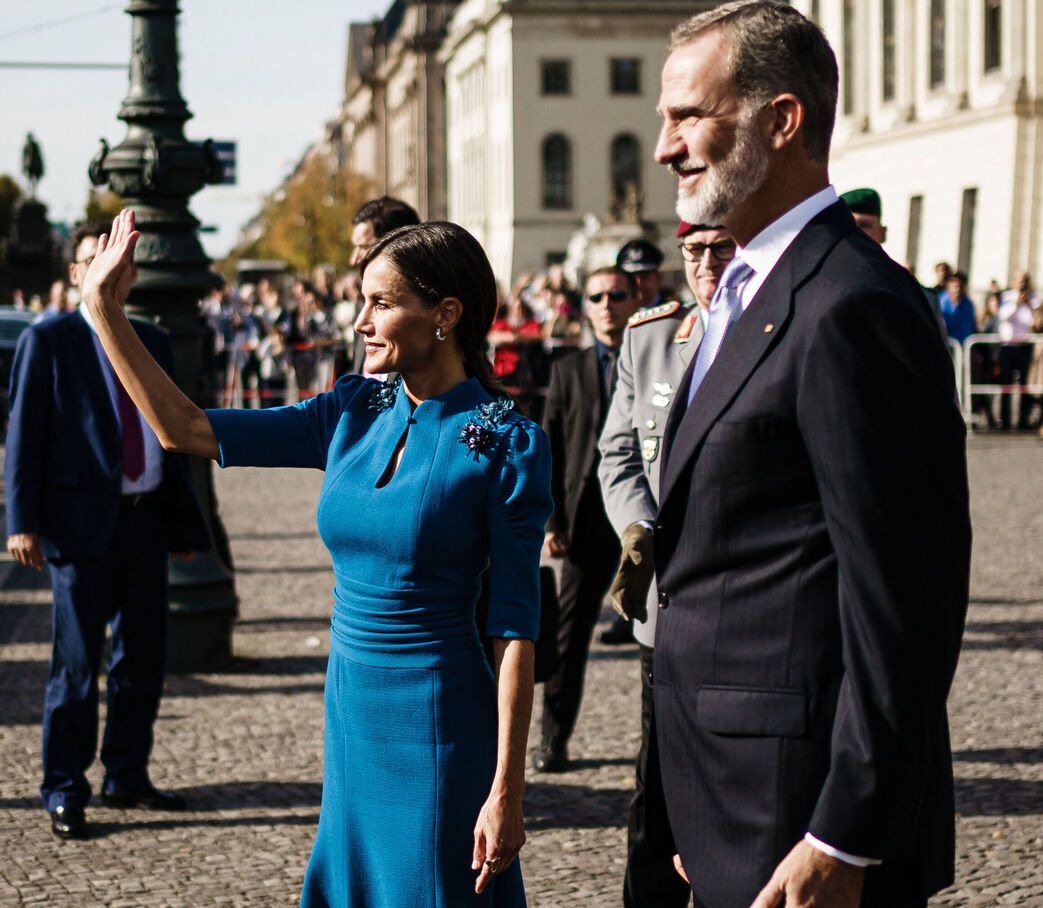